Week 11 in the European League of Football was all about playoff hopes staying alive or being destroyed! 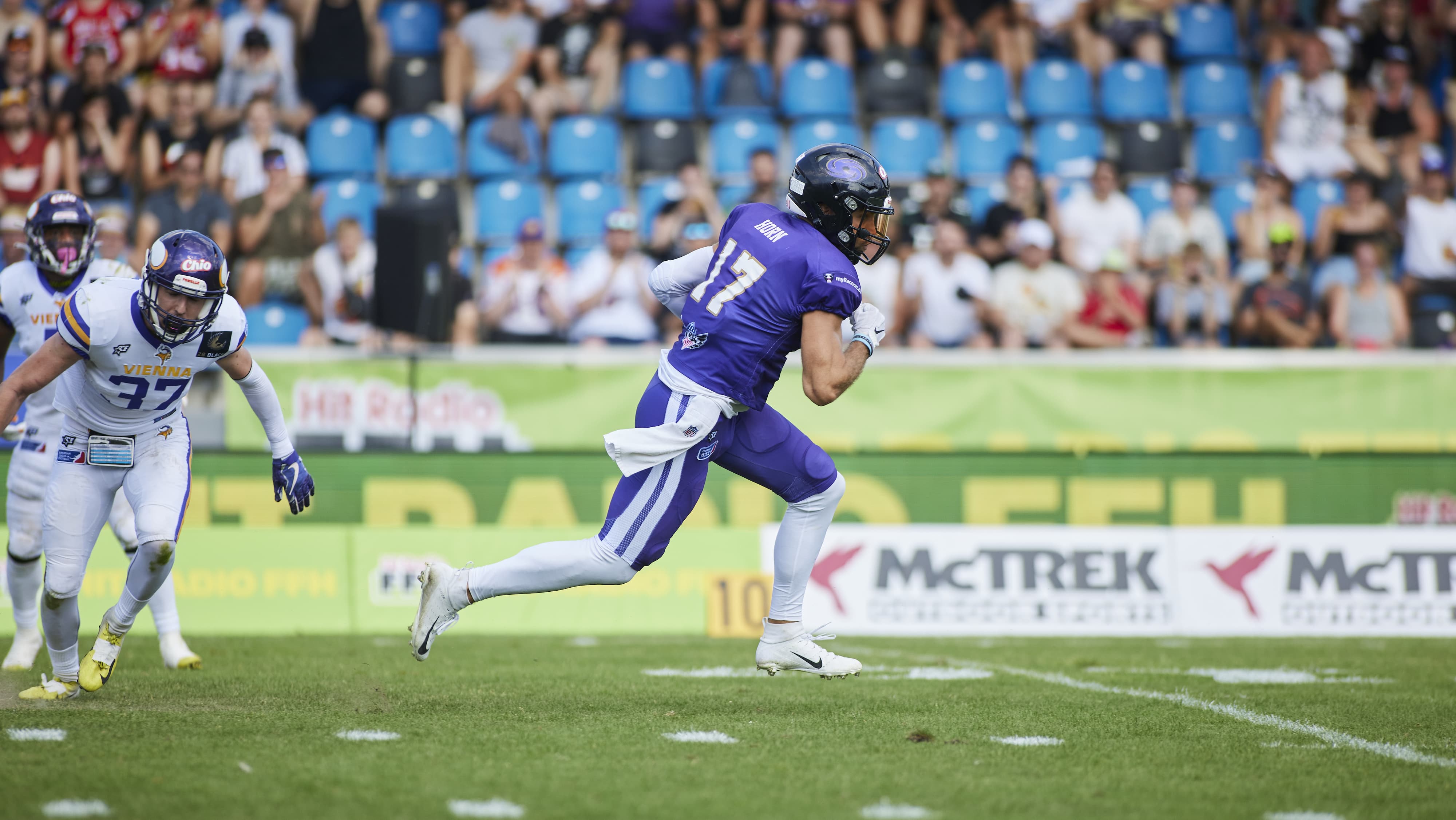 With such a historic performance by the quarterback, the 5-4 Rhein Fire are still alive in the playoff race. Only the 7-2 Dragons are in their way to the postseason.

So far, Clark more than doubled his passing yards per game and touchdowns thrown per game compared to his 2021 season with the Sea Devils. He also cut his interceptions thrown per game almost in half. If the former Division I quarterback can keep up his incredible playing style, everyone should look out for Rhein Fire to come for it all!

Despite facing a lot of pressure by the Cologne Centurions front seven, quarterback Zach Edwards found his targets early and often.

The American gunslinger found Sweet for two touchdowns once again, building on their recent success in previous games. However, Edwards also found other receivers like his running back Javier Castanon for the score.

Will the 7-2 Dragons march all the way to the playoffs, or will Rhein Fire steal their playoff spot in the last second?

Sea Devils can do it all

Often times it was the run game who kept the 8-1 Sea Devils in games or even dominated the opponent. Against the 2-7 Leipzig Kings, however, the Hanseatic franchise showed what they can do on defense and special teams as well.

With three defensive scores and a kicker who converts all of his eight extra points, the Sea Devils show that no task is too big for them.

Will Hamburg take revenge this season after losing to the Frankfurt Galaxy in last year’s championship game?

The 6-3 Berlin Thunder can win games on offense and on defense. On top of a solid game by quarterback Joe Germinerio, the Thunder added sacks, tackles for loss, and interceptions to close out the game in Poland.

Former Defensive Player of the Year Kyle Kitchens had an amazing game once again with two sacks and over three tackles for loss. On top of that, French pass rusher Stanley Zeregbe came up with one sack and one tackle for loss as well.

Are the Sea Devils able to stop this defense in Week 12?

If you spend time with the Miami Dolphins, the Tennessee Titans, and Cincinnati Bengals, you probably develop into a great player, also known as Reece Horn.

The 29-year-old wide receiver has scored a touchdown in each of his games with the 6-3 Frankfurt Galaxy since joining the European League of Football in Week 5.

Is any defensive back in this league able to slow down Horn at the moment?

If you thought the season for the 0-9 Stuttgart Surge could not be any more difficult, you haven’t seen their last game against the 6-3 Raiders Tirol.

By signing two NFL players before the signing deadline in defensive lineman Thomas Schaffer and defensive back Jamalcolm Liggins, the Raiders dominated the Surge with a final score of 44 – 3.

With the 8-1 Vikings, the 6-3 Galaxy, and the 6-3 Raiders in the same conference, at least one team will not play in the postseason this fall. Let’s find out who it’s going to be in the upcoming weeks!