Voices before the Game: Barcelona Dragons vs. Hamburg Sea Devils 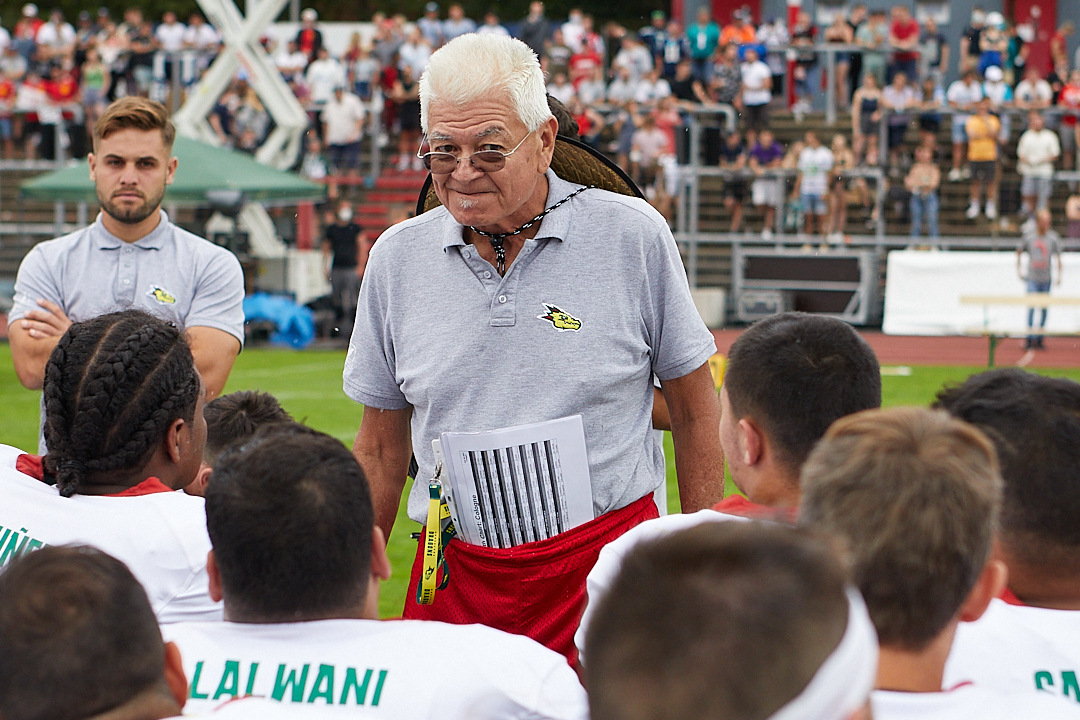 With the Barcelona Dragons hosting the first game of week three against the Hamburg Sea Devils, the Dragons are still waiting on their first win. However, the Sea Devils had an early bye-week after the first week of the regular season to recover from the tough last minute win against the Frankfurt Galaxy. Before the game kicks off, we talked to the coaches and players to see where they stand before the game:

„There is no one badly hurt. A lot of bumps and bruises, but we had the chance to rest them last week. We should be full strength and ready to go against the Dragons.“

Daisher about his quarterback Jadrian Clark and the offense:

„I think we should get better and try to identify what we are good at and do those things, understand that we played a very good defensive team in the Galaxy. We can’t get discouraged and get down after that one game. We have to grow and get better. From Jadrian, I expect leadership and poise. To make plays at the end of the game. He was able to get our offense going, generated first downs and get a touchdown in the second half. He will continue to get better as he gets more comfortable with our offense.“

Looking towards the Dragons, Daisher commented:

„They are throwing the ball well. Quarterback Zach Edwards had a lot of excellent throws. Two receivers stand out the most. To win, we have to play solid football. We want to see us grow as a team, to get better offensively with running and spreading the ball.“

Sea Devils quarterback Jadrian Clark on his performance and his offense:

„The offense is going to be amazing. The first game of the season is always difficult. As far as what we can do better, obviously run the ball a little bit better. We ran the ball consistently, but there were no big runs. We will do this in the future. Obviously, the passing game needs to improve drastically. We had a bad completion percentage and only one play that was longer than 20 yards. We need to complete more passes and take more deep shots.The receivers we have are great and for example Adria has come in and did a tremendous job.“

The Barcelona Dragons come into this game with a 0-2 record but they are far away from sticking their head into the sand.

„We’re playing against the Hamburg Sea Devils, and they are devils. Trust me. They are very quick up front, defensively there are so well coached. On offense they are also a very good team. It’s another test for us this game. We’re still making little mistakes. But the guys keep trying, they never give up. We’re trying to match all that stuff. The thing is that if you have a game incoming you have the chance to get better. The game against Cologne we had the opportunity to keep up, but we committed some key mistakes that didn’t help us.
I’m pretty proud with my guys. They’re bouncing back, keep working hard and I think that this is very important. There’s always hope when you have another game. And we’re playing at home again. I wish we won’t be too excited as we were on the first game because we committed some critical and key errors. Not only on the field, also on the sideline. I tell the players that all losses are on me, the wins are on them. I expect to have a higher score offensively. Because on those last two games we could make more points, but some errors didn’t allow us to achieve it. Defensively we will bounce back. Cologne had that guy, Madre London, who is very special and imposing. But we have a good defense. We only need to fix those little mistakes that we’re doing and move on.“

Defensive Lineman Myke Tavarres cannot wait for the game as he stated the following:

„I’m excited for this Saturday’s game. I think that we are working on the right way and we’re getting better each day. We have a new chance this weekend and we want to take it to shock the league.
I think that all my teammates are really focused on what we have in front of us. We are bouncing back and I hope that on Saturday we will have a great performance. We are facing a very good opponent. The fans who are coming to the stadium will help us to try to achieve our first W[in]. No doubts about it. They will put pressure on the Sea Devils and they will support us until the end. Two weeks ago, they were amazing and I’m sure that this Saturday they’re going to be again. But they also will enjoy the game, because we’re going to put the show on.“