With ten years of experience, Austrian wide receiver Florian Bierbaumer wants to take his game to the next level in 2022! 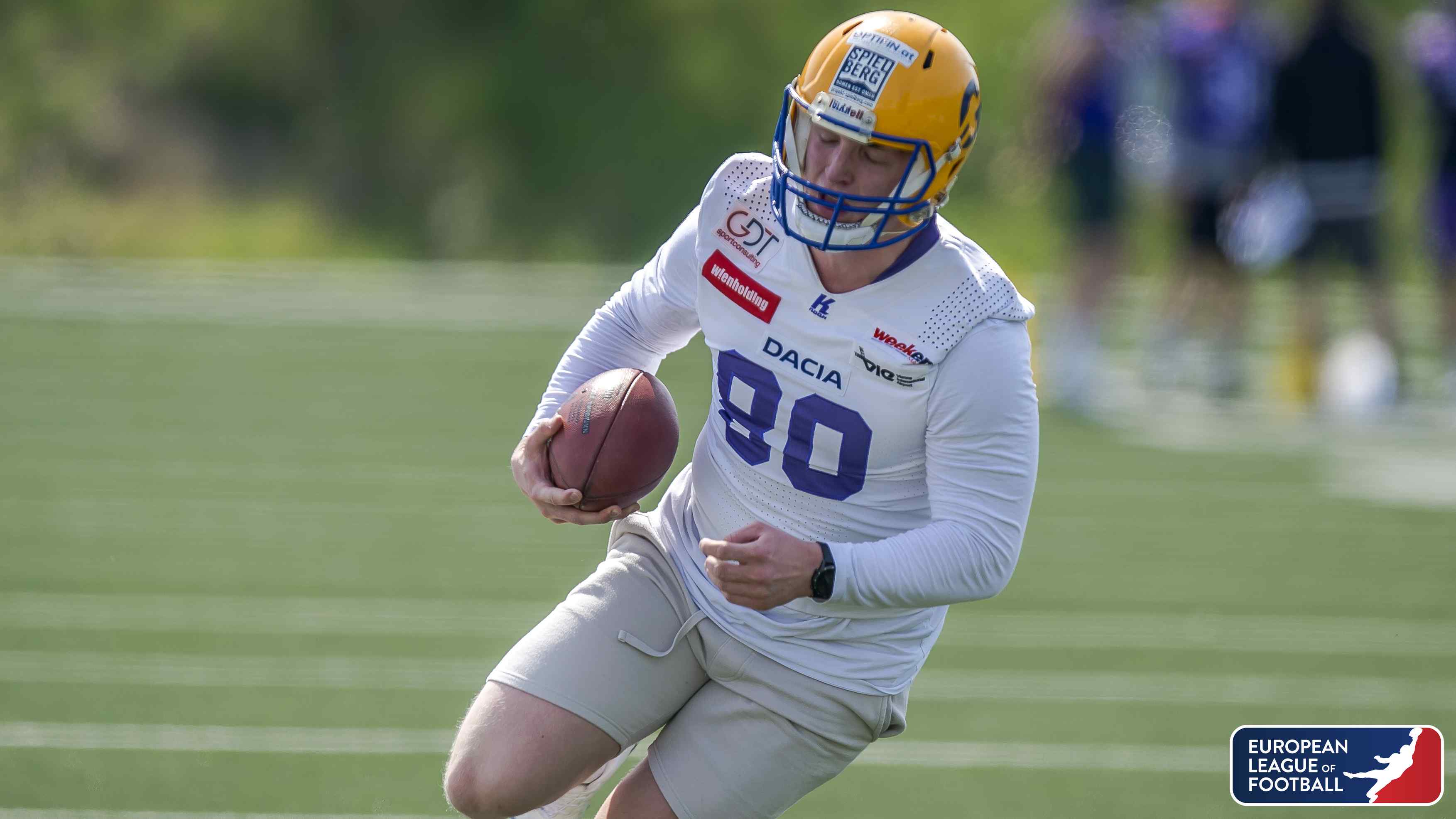 At 24 years old, Florian Bierbaumer has dreamed of becoming a professional football player his entire life. “I think every football player in Europe dreams of playing in the NFL,” the 198cm tall wideout commented.

Now, the Austrian playmaker gets the chance to prove himself on the biggest stage of American football in Europe.

The tall wide receiver started playing American football when he was 14 years old. At 17, Bierbaumer first played for the men’s team at the Graz Giants. After a few years, he was part of the Austrian national team and competed in many tournaments and competitions.

Now, Bierbaumer gets his shot to play in the European League of Football. “The offseason and preseason alone was already a highlight,“ the Austrian wideout pointed out. “Having so many talented people on a team and working with them is not just a blast but also very educational. I already became a better football player just by being around all those people and having exceptionally good coaching“.

Bierbaumer also noted that playing the European League of Football means facing the best competition in Europe. “[…] All of that is besides being in the best league in Europe and I am really looking forward to the tough competition we will face [this] season.“

The best competition and the best exposure

When asked about possible goals this season, Bierbaumer pointed out that his own goals are not that important. He would rather like to win it all with his team. “We want to win the championship in our own country,“ the Austrian wide receiver stated with clear determination.

However, Bierbaumer likes to play against great competition and looks to prove himself on Europe’s biggest football stage. “The European League of Football will be the most watched league with the highest level of competition in Europe, which gives me the best exposure I can get!“

The Austrian standout athlete also noted that he made the decision to play for the Vikings because it gives him the best chance to grow. “By using the facilities, I got here in Vienna to become the best player I can be and by making plays and a name for myself.”

Bierbaumer will play alongside American wide receiver Weston Carr, former Hamburg Sea Devils tight end Adria Botella Moreno, and other great players. It will be interesting to see quarterback Jackson Erdmann distributing the ball to all his weapons on offense against the Raiders Tirol on June 5th.

More news around the Vikings here!