Looking back at a stellar career at one of the best college football programs in the United States, former Clemson Tigers wide receiver Diondre Overton takes his talents to the European League of Football. 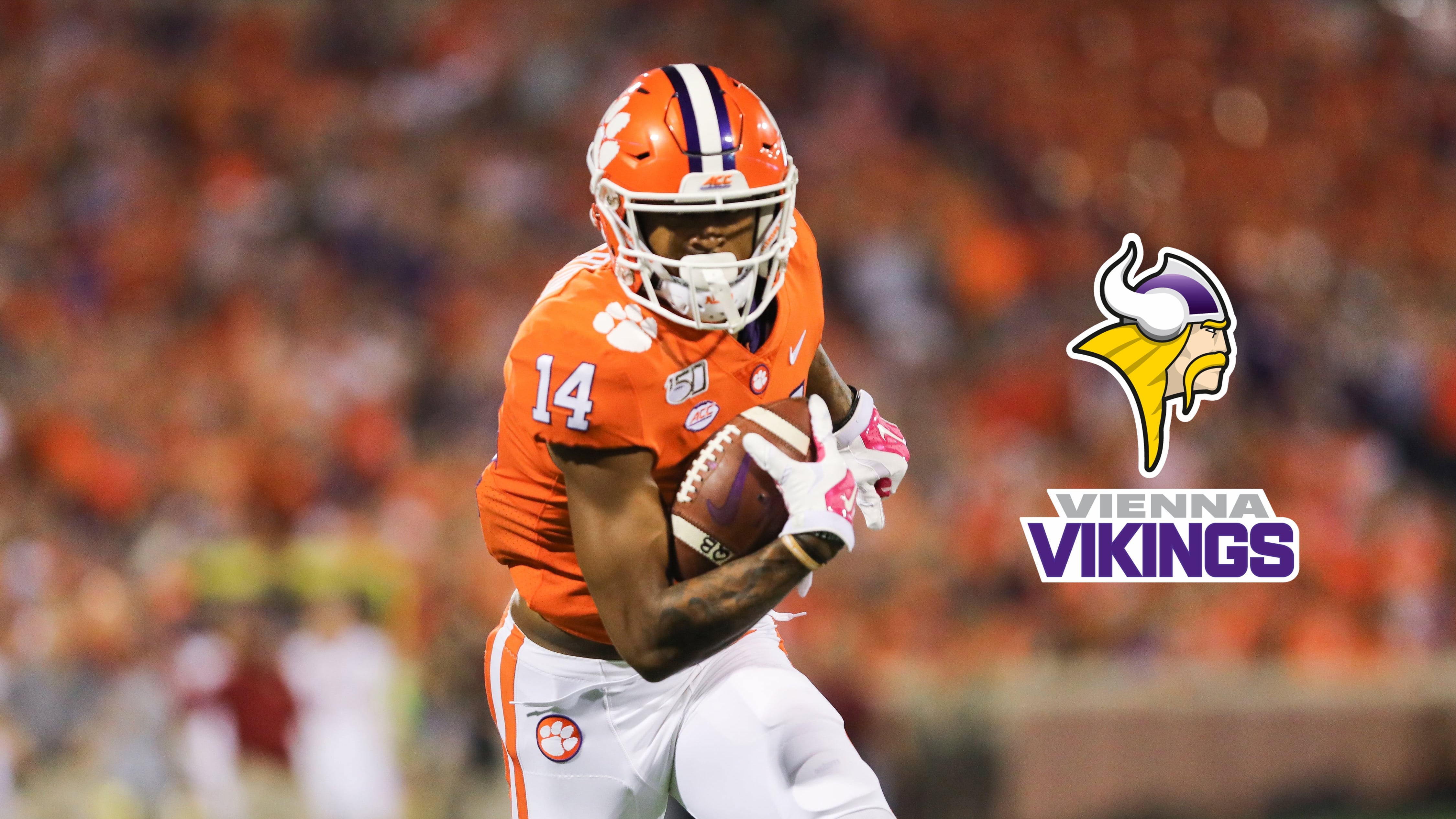 The European League of Football just got one NCAA champion richer. Former Clemson Tigers wide receiver Diondre Overton signed with the Vienna Vikings, according to the franchise.

Overton played for the Clemson Tigers in the Atlantic Coast Conference (ACC) from 2016 to 2019. During his time at Clemson, Overton was able to win two NCAA National Championships with former teammates like quarterback Trevor Lawrence or Deshaun Watson.

“I am extremely excited to announce that I will be joining the Vienna Vikings. They have given me an opportunity to get back into doing what I love and that’s football”, Overton explained in an interview.

After the North Carolina Native recorded 52 receptions for 777 yards, seven touchdowns, and an average of 14.2 yards per catch during his four seasons at Clemson, Overton went undrafted in 2020. However, he managed to sign with the Hamilton Tiger-Cats in the Canadian Football League last summer but was released by the team shortly after. Now, the American wide receiver tries to kick-start his career by joining the best American football league in Europe: “[…] I was willing to get out of my comfort zone to get my career started. I’m excited to try something new, travel, and experience other things”.

The 2020 NFL draft prospect constantly had to compete with former teammates like Mike Williams, Deon Cain, Hunter Renfrow, Tee Higgins, and Justin Ross. This led American journalist Scott Keepfer of Greensville News to make a statement in one of his articles: “Just call him ‘Overlooked Overton”.

Even Clemson Tigers head coach Dabo Swinney complimented the wide receiver on his progress and development over the course of his collegiate career, via The Clemson Insider: “He’s a very intelligent player. […] And he’s so much stronger. He’s done an awesome job with his body”.

Overton himself had one of his best games against Boston College, as he looked back in our conversation: “My best memory was when I had one of my best games against Boston College and scored three touchdowns in one game. After the game we came in the locker room and Tee [Higgins] was like ‘wow, three in one game. I’ve never done that before! You goated!’. Sure enough, the next he did it. Twice in fact. […]”.

Goals for the upcoming season

“My ultimate goal is to come in and develop a leadership roll with this team. I want to leave an impact on and off the field and create the best atmosphere for myself and others around me to be successful”, Overton explained when being asked about his goals with the Vikings.

The American wide receiver expressed his gratitude towards the Vikings organization for signing him and trusting in his abilities: “I’m thankful that the Vikings gave me an opportunity to step back on the field and become a part of their team”. He added: “[I’m] looking forward to travelling and playing the sport I love. It’s been a minute since I put the pads on and been with a team”.