One of the most dominating tight ends of the last year finds a new home. The Vienna Vikings secured the spanish tight end for the upcoming European League of Football season. 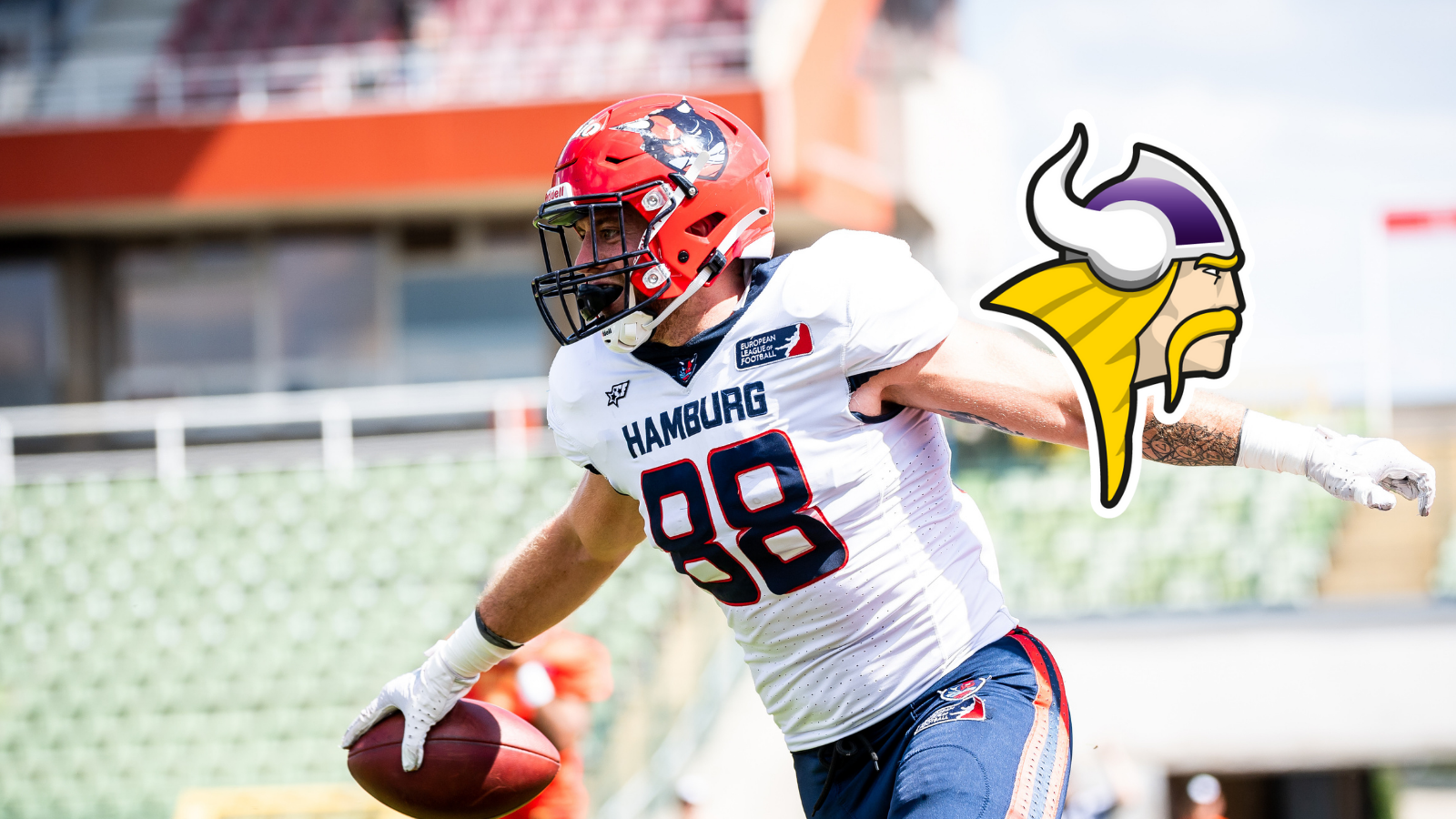 Blockbuster signing for the Vienna Vikings! The Austrian franchise signed Adrià Botella Moreno to their 2022-roster. Botella Moreno showed last year what he was capable of. With 750 yards, 6 touchdowns, 68.2 yards per game and 138 yards in the Championship Game 2021, the big tight end could be a gamechanger for the Vikings next year.

Needless to say: He was one of the stars and impact players for the Hamburg Sea Devils last season and had good connection with quarterback Jadrian Clark all season.

One of his best grabs in week 9:

"As soon as I started talking to the Vikings Franchise, I felt right away that it was the perfect fit for me. The Vikings have been one of the best organizations in European American Football for many years now, and their winning mentality and approach to the game really resonates with me and my own standards. The opportunity to join such an iconic European program in his transition to the European League of Football stage was not a chance I was going to miss." was the 1,98 m tall and 112 kg heavy athlete quoted and added further: "It's simple, the European League of Football is the best league that Europe has seen ever since the NFL Europe years. The first season was an amazing experience, and I feel blessed to be one of the pioneers that left its mark in the inaugural season. That being said, I'm even more excited about what's to come. With all the expansion teams, the new locations and the different conferences the ELF is going to be a completely different animal this year. I can't wait to get started. Win the championship. That's the only goal that matters."

By the 9th week of play at the latest, he was the talk of the town. With three touchdowns in the first half, Moreno provided a quick treat against the Berlin Thunder.

Vienna Vikings head coach is excited about his new weapon: "Signing Adria was important for our franchise on several levels, not just as a player but the experience of being a top European League of Football playmaker was important for our coaching staff to add to this roster. We have a long tradition of utilizing tight ends in our offense and adding the top tight end in Europe, along with his veteran experience and his leadership ability, just made our team better."