After announcing a lot of homegrown athletes, the Vienna Vikings decided to roll with an American quarterback in the European League of Football. 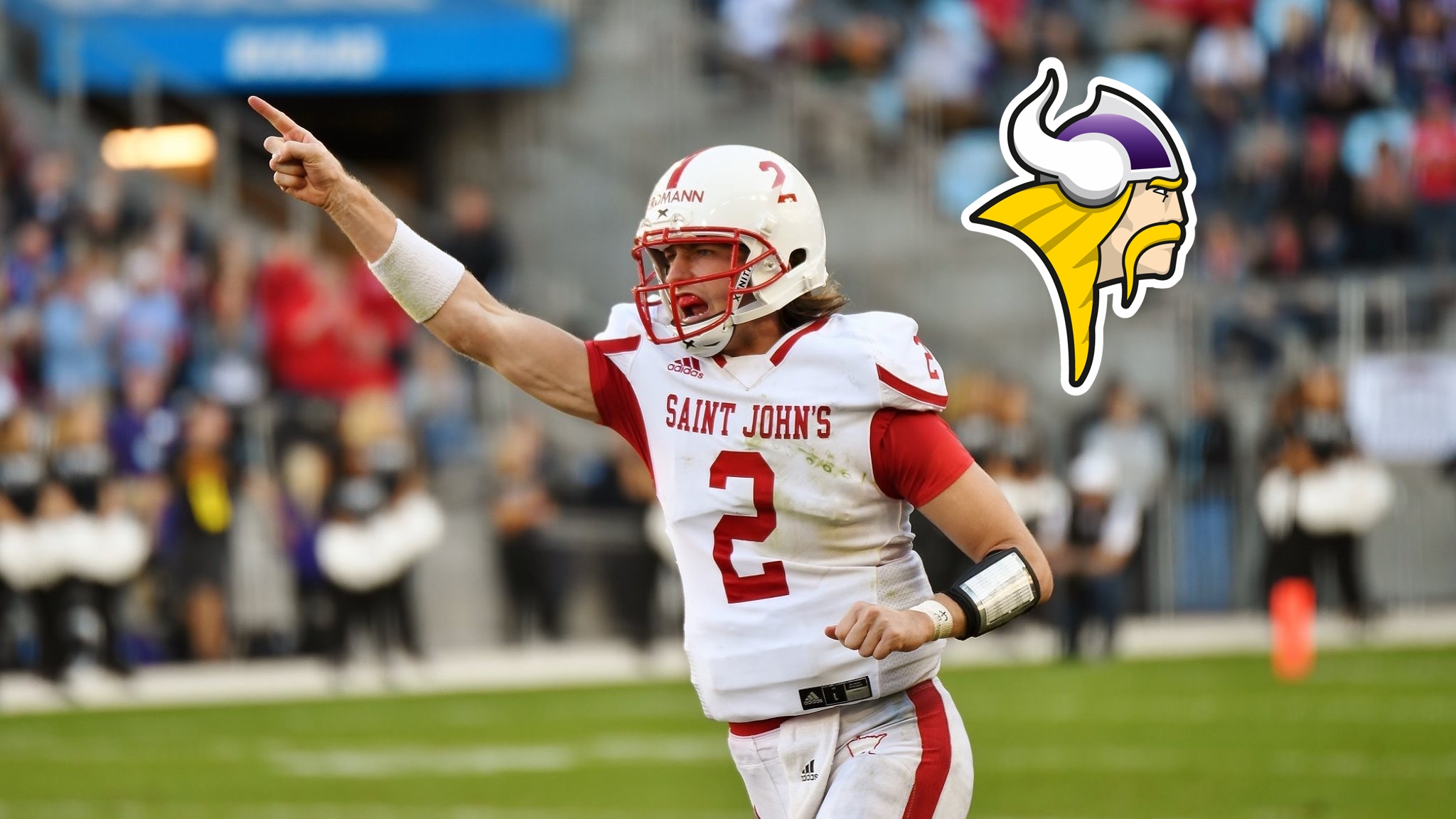 The Vienna Vikings sign former Division III quarterback Jackson Erdmann for the 2022 season in the European League of Football, as reported by the Austrian franchise.

“My family just got a heck of a lot bigger. I have not even moved to Vienna yet, but I already feel at home within the Vikings”, Erdmann explained. He added: “Throughout the process of determining who to play with, I knew deep down that Vienna was where I belong. It was an easy decision once [head] coach [Chris] Calaycay called to offer me the position. Something special is happening in Vienna, and I am excited to get things rolling with the Vikings”.

Vikings head coach Chris Calaycay commented on signing Erdmann as well: „Jackson [Erdmann] is just one of those QB personalities that bring everyone together. His accolades are impressive but how he has handled himself as a college player and as a professional tells me all I need to know; he is a Vikings’ guy. I am very happy that Jackson is our QB1“.

The Austrian franchise gifts their fans an early Christmas present by signing 2018 Gagliardi Trophy winner and former Saint John's Universtiy starting quarterback Jackson Erdmann. The 192cm tall and 102kg heavy playmaker was part of the Spring League in 2020 and played in the Fan Controlled Football League in 2021.

On top of his own talent at quarterback, Erdmann will join forces with a two-time National Champion: “Diondre [Overton] is a QB’s dream. He has the build and skill set of a phenomenal wide receiver, but most importantly, he has the knowledge of the game”. He added: “One of the most important things for a WR and QB is to be in sync, and that comes with knowing what the other sees on the field and how they’re going to react. I am so excited to get over to Vienna to start building chemistry with Diondre and the rest of the Vikings offense”.

Back to the roots

Now, Erdmann returns to his family roots, as his last name might suggest: “My Oma, Ursula Berbecker, was born in Vienna and raised in Germany. I have family and friends that are spread out all over Europe! Yet, I am one of the only ones in my large family that has never been to Europe. So, I can’t wait to finally arrive there. My family is already planning out trips to come visit me in Vienna, so they are just as excited about this opportunity as I am”.

Looking forward to next season

Before Erdmann touched upon his expectations for the 2022 season, he expressed his excitement about joining the best American football league in Europe: “I have always wanted to play football in Europe! The European League of Football is the best league in Europe, and I want to compete with the best. I have heard phenomenal things about the Vienna Vikings and their organization, so I was honored to be offered the position”.

When being asked what Erdmann’s goal for the 2022 season might be, he had a short and simple answer: “Championship! [Head] coach Calaycay, the rest of the Vikings coaching staff, and franchise staff have done an incredible job recruiting and building this team. Winning the championship is always the goal!

If this early Christmas present doesn’t bring joy and excitement to Vikings households over the holidays, nothing else will.