Nelson: “I expect nothing else than a European League of Football Championship […]” 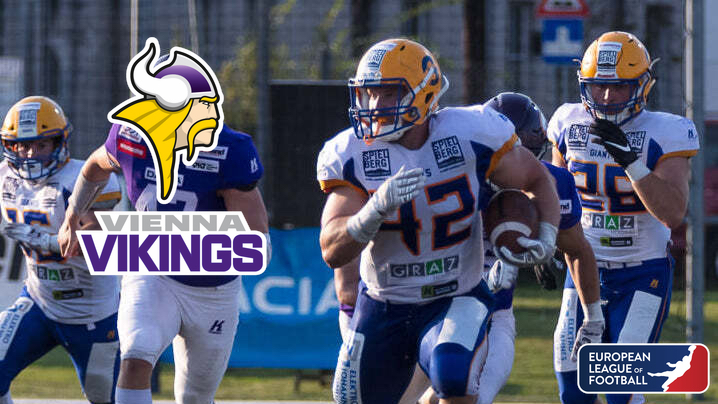 The Vienna Vikings have signed American defensive lineman Blake Nelson to their team for the 2022 season, as announced by the franchise.

Born in Denver, Colorado, the 180cm tall and 106kg heavy defensive lineman is eager to make an impact on the Vikings in 2022: “My personal goal is to lead the league in sacks and help my team to a championship. I can’t wait to help the Vikings in every phase of the game; offense, defense, special teams […]”.

The American suited up for the Salt Lake City Stallions in the AFF in 2019, after he graduated from Colorado Mesa University in 2017. In 2020, Nelson already had the chance to play on European soil as he joined the Graz Giants for one season.

Now, the defensive playmaker chose to play for the Vikings in 2022: “I chose the Vikings because I wanted to be a part of a winning culture and alongside my brothers bring a European League of Football championship to the city of Vienna!”.

Vikings head coach Chris Calaycay is excited to have Nelson on his roster for the 2022 season as well:

“Blake Nelson is one of the most versatile playmakers that I have seen in Europe. He is a guy that is all over the field and has a motor that doesn’t stop. Having a player that can play all three position groups on defense is an advantage that many don’t have. Whether it is rushing the passer, chasing downplays sideline to sideline, or dropping into coverage, he will be able to do a lot of things for our defense”. Calaycay jokingly added: “Did I mention he is a punt and kick returner?”.

More news on the Vikings here!