When hype follows performance, it’s impressive. When players play under the radar with impressive performances, it’s more than that. 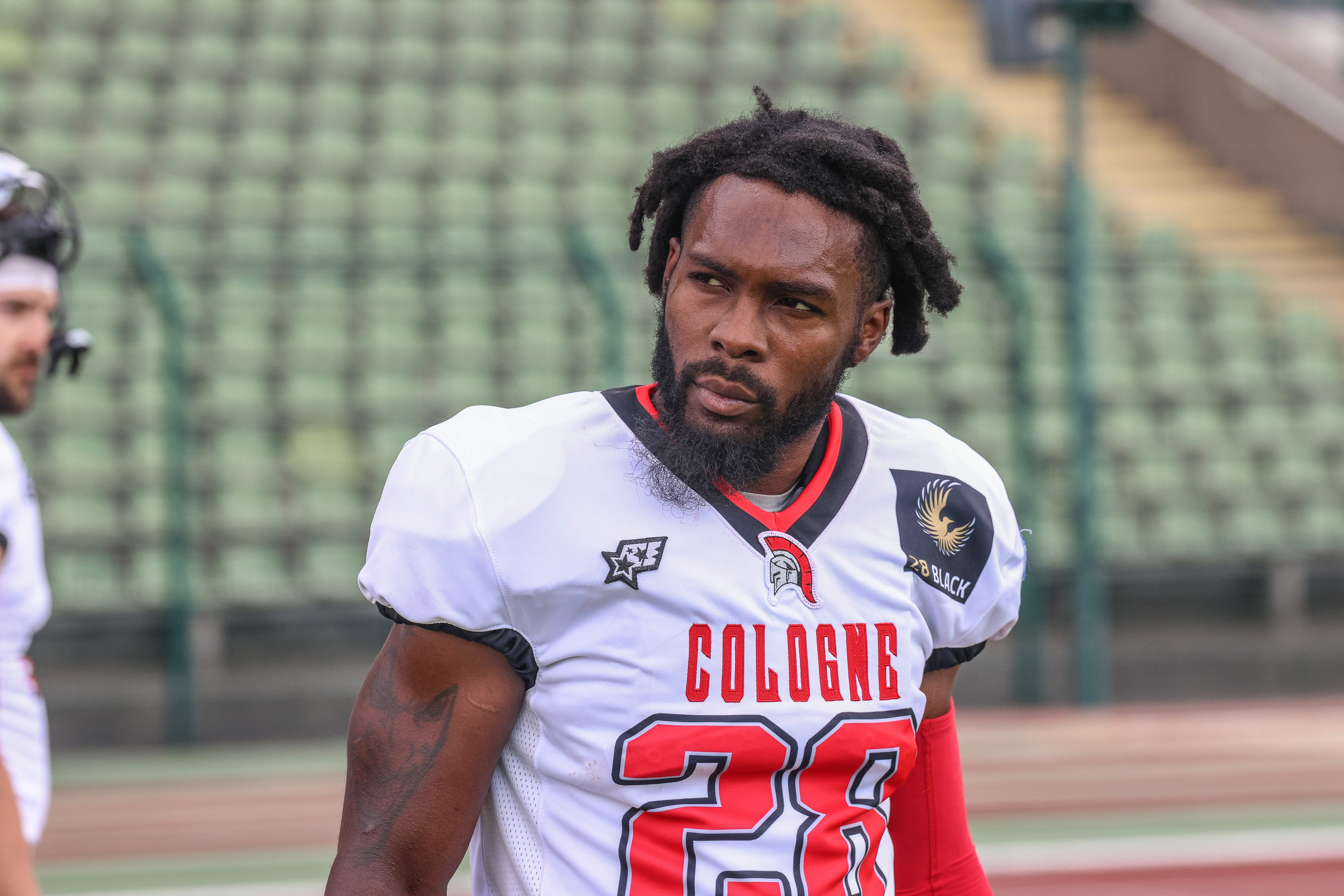 Joshua Mack is making a name out of himself. © Marc Junge

We summarized the best under the radar performances in Week 9 for you!

Looking at the Rhein Fire game against the Barcelona Dragons, you could say they shot themselves in the foot. Rhein Fire quarterback Jadrian Clark started his first game for the German franchise and led the offense over the field. 354 yards and three touchdowns with 24 completions in 33 attempts was impressive. Even though he threw a couple of balls into tight coverage, still having problems to be in perfect sync with his receivers. Rhein Fire might have some problems like defensive line or mental things, but having a quarterback like Clark isn’t one.

While Zachary Blair, middle linebacker of the Istanbul Rams, always looks like the opposing offensive coordinator is telling him the upcoming plays, Talat Gökhan Buluşan does not deliver less. The homegrown linebacker was listed and started the last three games, now already has one sack, three tackles for loss, an interception and showed 12 total tackles against the Sea Devils this week. Buluşan is catching up in the rankings, and rightfully so.

If there is one thing the Kings have, it is an arsenal full of offensive weapons. While for some teams, Anthony Dablé-Wolf and Seantavius Jones would be enough, Anton Jallai, Swedish standout, is moving again after being out for quite some time. Jallai has the perfect size, great ball skills, and again caught one touchdown on just three receptions by his quarterback Conor Miller. Against that Raiders backfield, a name you should remember for the next weeks.

Anton Wegan, Exavier Edwards, Modeste Pooda, Johannes Schütz. Even Jackson Erdmann got himself a rushing touchdown. Despite having no problems to move the ball against a bad Surge defense, newly signed running back Modeste Pooda stood out and could step in as the number two next to Anton Wegan. Quick, explosive and with good eyes, Pooda is equipped with outstanding qualities to continue to improve his performance in the coming weeks.

More from the Weekend here

No international running back, no problem! Dawid Brzozowski was already in doubt when Philéas Pasqualini left the Panthers. Now, the homegrown running back is showing that he is much more variable than previously suspected. Against Frankfurt, Brzozowski was an invigorating factor in the offense with 86 yards rushing and 40 receiving yards as well as a Touchdown. Even if they had to admit defeat in the end.

Joshua Mack, aka Mack Attack, was just signed a week ago and already had a great impact on the game against Berlin. 118 yards rushing, one rushing touchdown, 44 receiving yards and two receiving touchdowns. The US-American all-rounder could become a lethal weapon in the last season games for the Centurions.