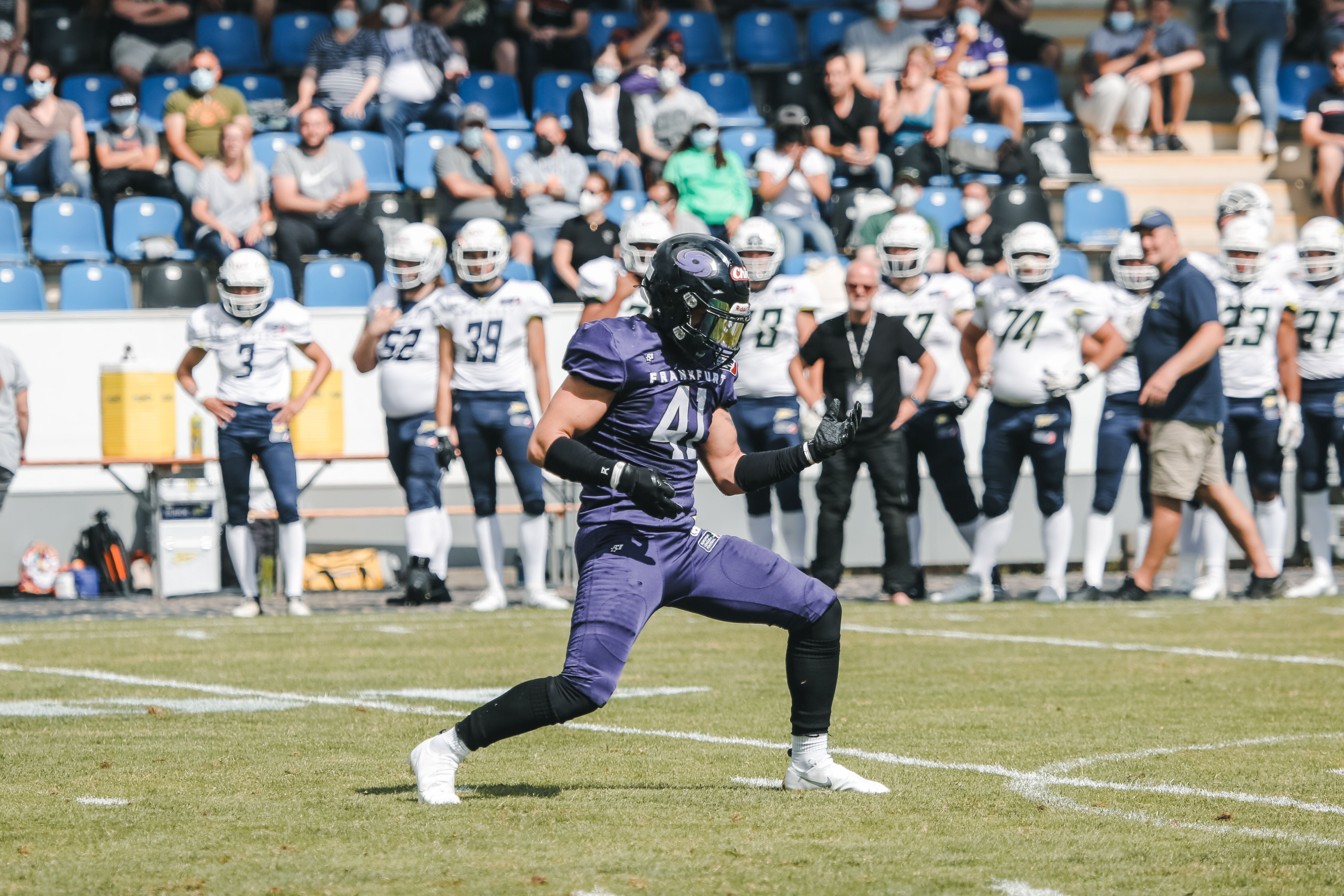 Swedish linebacker Sebastian Gauthier with the Galaxy back in 2022. © Tim Winter

The European League of Football heads towards its third season. All 17 franchises are looking for the best players available in Europe and from around the world. But what franchise won this past week with its mind-blowing signings?

The Frankfurt Galaxy slowly but steadily build one of the best defense on paper. With linebackers Sebastian Silva Gomez, Sebastian Gauthier, Wael Nasri, Daniel Josiah, the Galaxy have re-signed four linebacker who could easily be considered as the best non-American linebacker core in the league.

With the age of 30, Silva Gomez returns for his third straight year for the Galaxy. In 2022, the German linebacker racked up 48 total tackles, six tackles for loss, and one sack.

His Swedish partner in crime, Sebastian Gauthier, currently recovers from a season-ending injury he suffered last season. If he is able to get back up to speed before the 2023 season kicks off, Gauthier should certainly be a boost for the Galaxy defense.

With an astonishing backfield consisting of former Raiders cornerbacks Jamalcolm Liggins and Tony Anderson together with Joshua Poznanski the Galaxy could be one of the toughest defenses in the European League of Football coming into the 2023 season.

The Lions have found another weapon for their quarterback Shazzon Mumphrey in former University of California standout wide receiver Victor Wharton III!

At the University of California, Wharton III ended up with the 9th most receptions in a single season by a player in 2017. At 184cm and 86kg, the American playmaker will try to have an impact on the opposing offense for the Lions in 2023.

During his four years at the University of California, Wharton III played in 35 games and started 22 of them. He recorded 145 receptions, 1666 receiving yards and seven touchdown catches over his tenure in California. As a returner, the American playmaker was responsible for 34 punt returns which resulted in a gain of 221 yards.

Because of his outstanding season in 2017, Wharton III found himself on the Biletnikoff Award watch list. The award is given to the best wide receiver in college football. His experience should certainly boost the Lions’ offensive production and their potential on special teams in 2023.

The Vienna Vikings have re-signed a familiar face to their defense. All-Star linebacker Thomas Schnurrer is returning to the Vikings to defend the championship title.

In 2022, Schnurrer played an outstanding season with 104 total tackles, seven tackles for loss, two interceptions, and seven pass breakups. The 29-year-old defender has been named the AFL Defensive Player of the Year four times for a reason before his time in the European League of Football.

With American defensive lineman Jamarcus Henderson in front of him, Schnurrer looks primed for another stellar campaign. The Vikings backfield is also up for defending the Vikings’ championship in 2023 with Luis Horvath, Benjamin Straight, Exavier Edwards, and Nikolaus Huszar all returning to the purple and yellow.