There are numerous quarterbacks teams in the European League of Football rely on. But who are the top gunslingers this season so far? 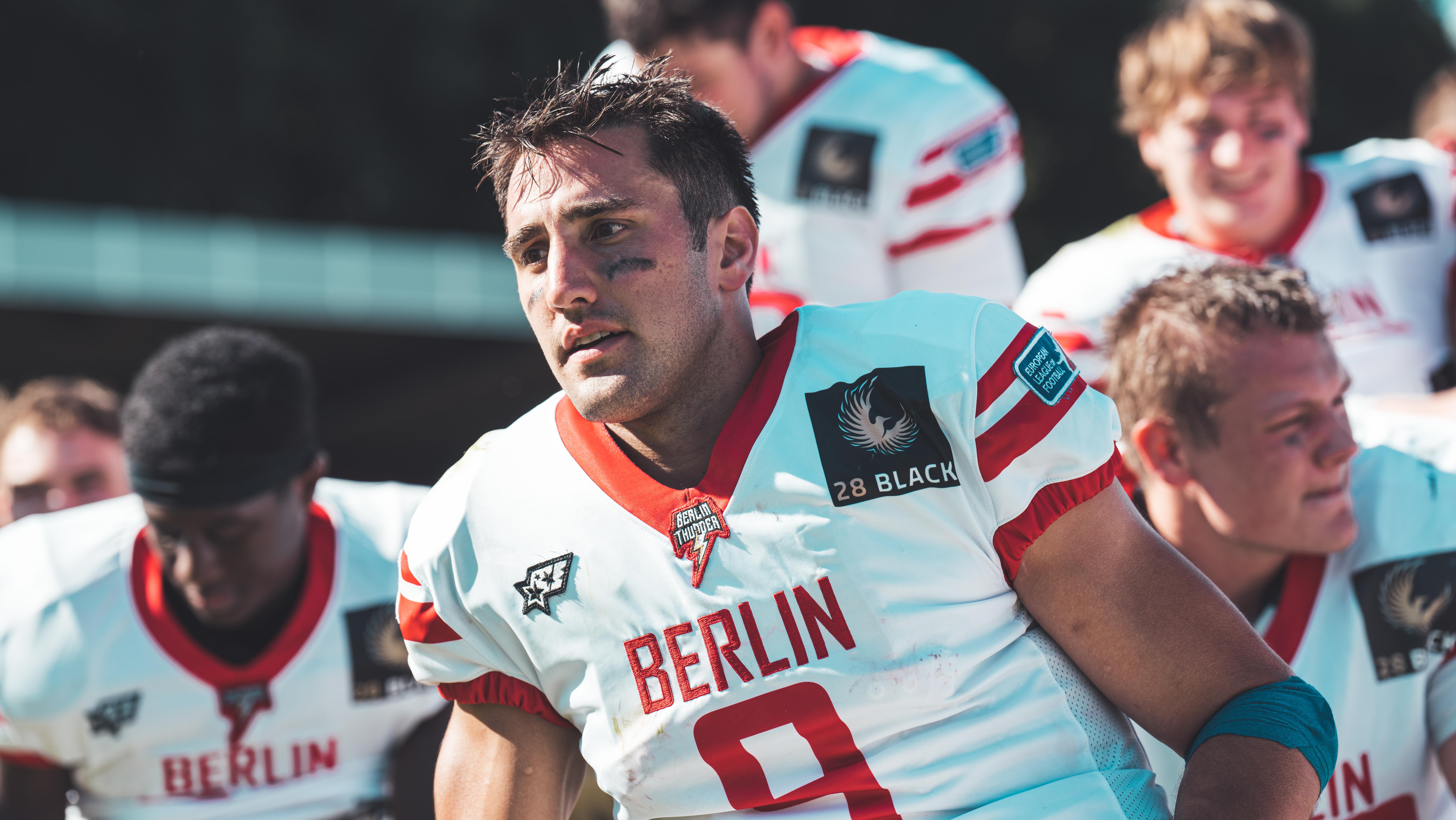 After Joe Germinerio started the season with up and down performances, the American quarterback proves to be a real difference maker for the Thunder in the North Conference.

Just in his last two games combined, Berlin’s starting quarterback threw for 505 yards, six touchdowns, no interceptions, and put up an average quarterback rating (QBR) of 144.88.

Will Germinerio be able to keep Berlin in the race for a spot in the playoffs?

Although Weinreich recently had to sit out one game because of an injury suffered in Week 7 against the Galaxy, the German passer still ranks fourth in passing yards (1873).

When healthy, Weinreich has a lethal supporting cast to get the ball all over the field. Most likely, American wide receiver Quinten Pounds was the first read during the first half of the season. As a consequence, Pounds ended up with 784 receiving yards and 10 touchdown catches after Week 10.

Will a healthy Weinreich be able to get his Centurions back to form after six straight losses?

With Jackson Erdmann, the Vikings have one of the most calm and experienced passers in the league. With just under 2000 passing yards (3rd), a 62.71 completion percentage (2nd), and a 103.58 QBR (2nd), the Austrian franchise has a real difference maker under center.

In addition to Erdmann’s abilities as quarterback, the Vikings offense provide the American with a luxury of weapons to choose from. No matter if it is 2021 All-Star tight end Adria Botella Moreno, speedy wide receiver Jordan Bouah, or Austrian running back Anton Wegan, Erdmann distributes the ball well and moves the chains.

Magic Zach. This nickname gets mentioned over and over again but it never gets old. The American quarterback Zach Edwards is making his magic work in Spain. With the second most passing yards in the league (2129) over the span of eight games, the young passer stuns fans on a weekly basis.

His special connection to fellow American Kyle Sweet is magical as well. With 1080 receiving yards for the American wideout, the duo connected for the most passing and receiving yards in the league up to this point.

Quarterback Edwards also likes to outrun opposing defenses. With his 377 rushing yards, the quarterback ranks fifth amongst all running backs in rushing yards this season.

Will the dual-threat passer keep the Dragons in the playoffs?

Quarterback Sean Shelton leads the European League of Football in several categories. With almost 2200 passing yards, a 64.36 completion percentage, and the most completed passes (177) over the course of eight games speaks volumes.

The American gunslinger clearly is the difference maker for the Raiders. With changing running backs and injuries at wide receiver, Shelton had to deal with a different set of skill players week in and week out.

Sitting at 5-3, the upcoming games will be crucial for the Austrian franchise to make the playoffs. Will Shelton be able to put his team over the hump? #