The first week is different from other weeks. Many players first have to get used to the new environment. Expect some players to show a different face. Having an eye on those, might be worth it. 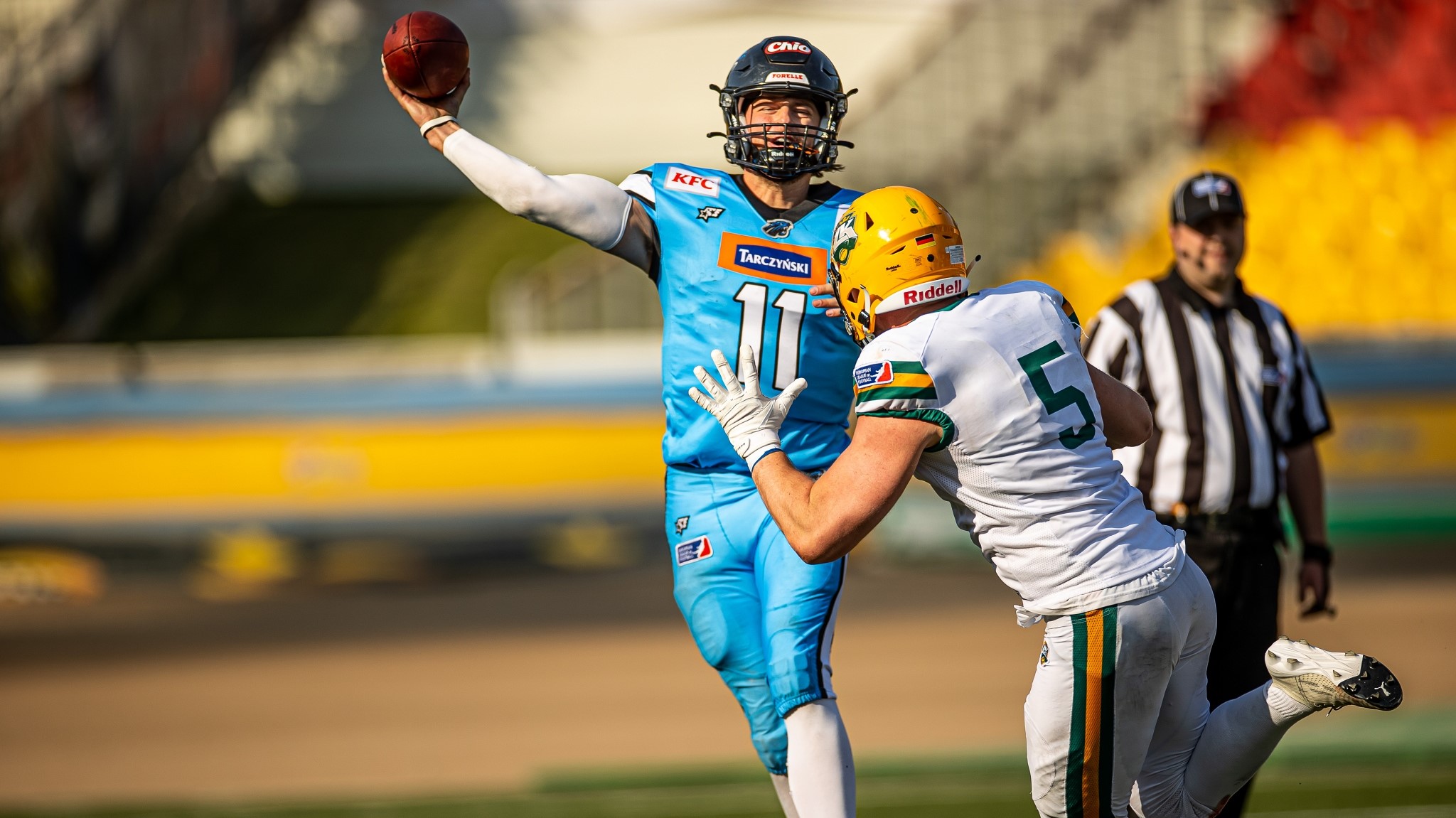 The Berlin based quarterback is seeking a comeback. After being under pressure all game by the Hamburg Sea Devils, the quarterback wants to have a better game. Establishing the run would help Germinerio in the passing game, making space for Robin Wilzeck and his fellow wide receivers.

With the Istanbul Rams, an aggressive playing style on defense comes to town. But expect less speed than the Sea Devils were showing and therefor more time for Germinerio to go through his progression.

When watching Robitaille against the Galaxy, one thing was imminent: big plays!

Versus Galaxy’s secondary, Robitaille used his experience and skills to torch his opponents. Against the Leipzig Kings, which will have pressure on defense but lacked coverage skills against the Panthers, Robitaille could have a breakout game.

The former Oklahoma Sooner quarterback Hansen had a solid day against the Leipzig Kings in week one. With three touchdowns, 280 yards and 26 completions out of 42 attempts, the quarterback might have even more time against Stuttgart Surge which will have problems against the strong wide receiver corps of the Panthers.

Three touchdowns on four catches for 63 yards screams redzone threat! And he is ready for more. Expect the Frankfurt Galaxy to be better prepared in week two but watch Bierbaumer be the big target dominating on the outside and as a flex tight end.

‍With the Hamburg Sea Devils mainly focusing on their run game in week one, expect Salieu Ceesay to have more passes in week two. Versus the Dragons, being variable on offense is a key to win matchups on the field.