The European League of Football features great playmakers always ready to reach the endzone. But what team has the best offense in the league? 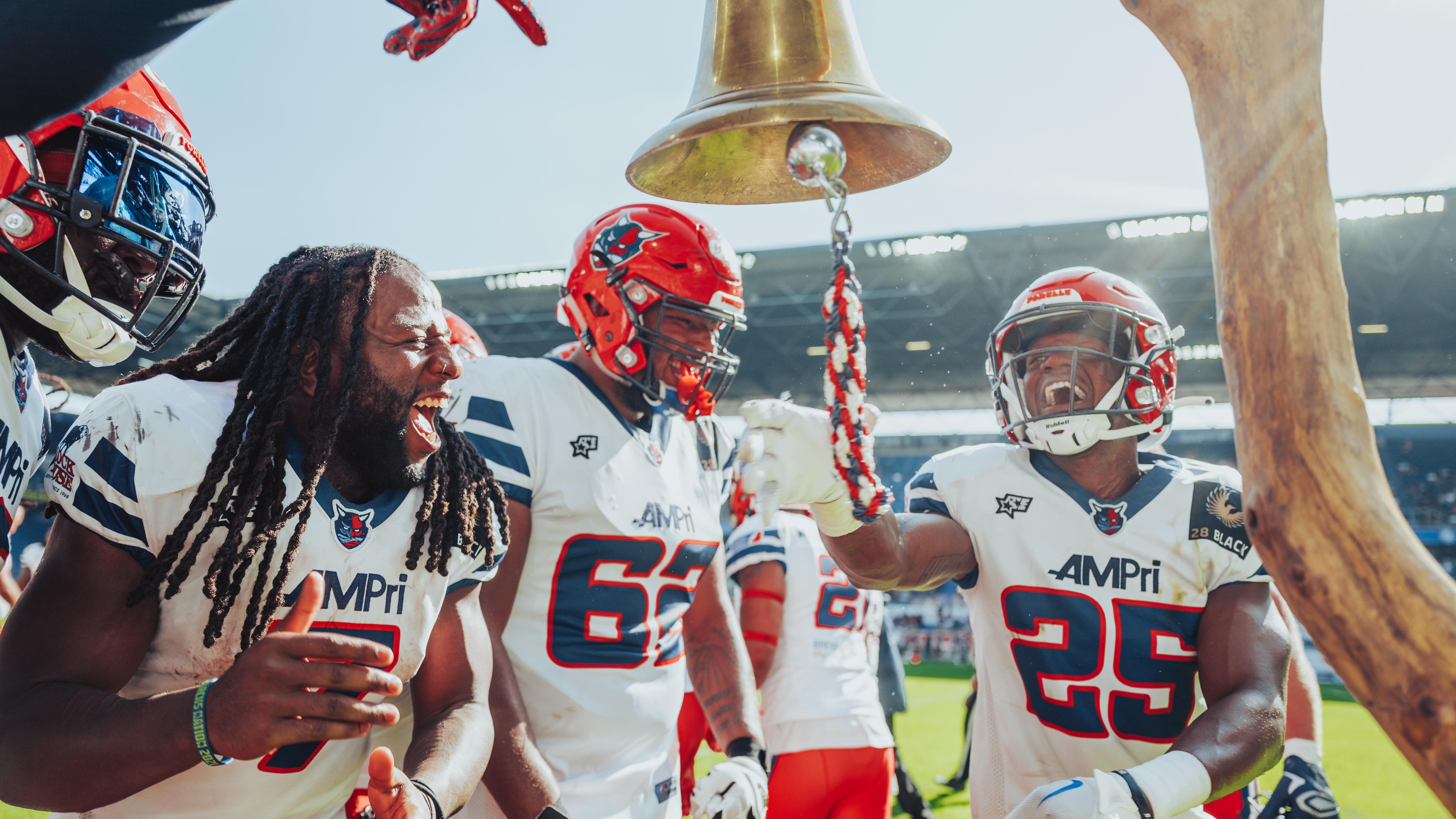 The European League of Football has a lot of great teams with incredible defenses. But who has the most brutal attack week in and week out?

Let’s have a look at the best offenses in the league!*

If there is one name you instantly think of when you hear ‘Barcelona Dragons’ it is Zach Edwards. The American quarterback is one reason why the Spanish franchise currently has the fourth best offense in the league.

Besides having the second-best passing attack, the Dragons also have the fifth best scoring offense. However, the Spanish franchise only ranks ninth best when it comes to their rushing attack.

Will the Dragons use their powerful offense to stay in the playoff race this week against Rhein Fire?

You might know why the Vikings rank this high. With quarterback Jackson Erdmann and an all-around offensive attack, the Vienna Vikings prove to be one of the most stable offenses in the league.

Having the fourth best rush and pass offense, the Vikings have scored the second most points in the league so far (236). Wide receiver Jordan Bouah, running back Anton Wegan and quarterback Erdmann form a dangerous trio of playmakers to attack defenses from every angle.

Will the undefeated Vikings sail all the way to the Championship Game or will someone capsize their ship?

The 4-3 Raiders not only have the third-best defense in the league, but they also have the second-best offense. However, their record does not reflect these high rankings.

In a tough Central Conference, the Raiders lost twice against the 7-0 Vienna Vikings already. But by having the third-best passing offense with quarterback Sean Shelton behind center and also efficiently running the football (5th), the Raiders are primed to reach the playoffs as the second-best team in their conference.

But will the Raiders win their fifth game this week against the 2-5 Leipzig Kings on the road?

The Hamburg Sea Devils could be the team to beat this year. By having the best overall defense and the fewest points allowed to their opponents since the start of the 2022 season, the Hanseatic franchise is doing everything in their power to be in Klagenfurt this September.

With a rushing attack out of this world (1st), the Sea Devils have produced almost 1500 yards on the ground. In comparison, the second-best rushing attack has recorded not over 1000 yards this season (Rhein Fire).

However, the Sea Devils passing attack ranks almost last in the league (10). But starting quarterback Salieu Ceesay has improved over the last games and also showed what he is capable of against Rhein Fire in Week 8.

Are the Sea Devils riding their wave all the way to the Championship Game or will someone shove them off their board?