The European League of Football features a lot of great offenses. But everyone knows that defenses win championships! 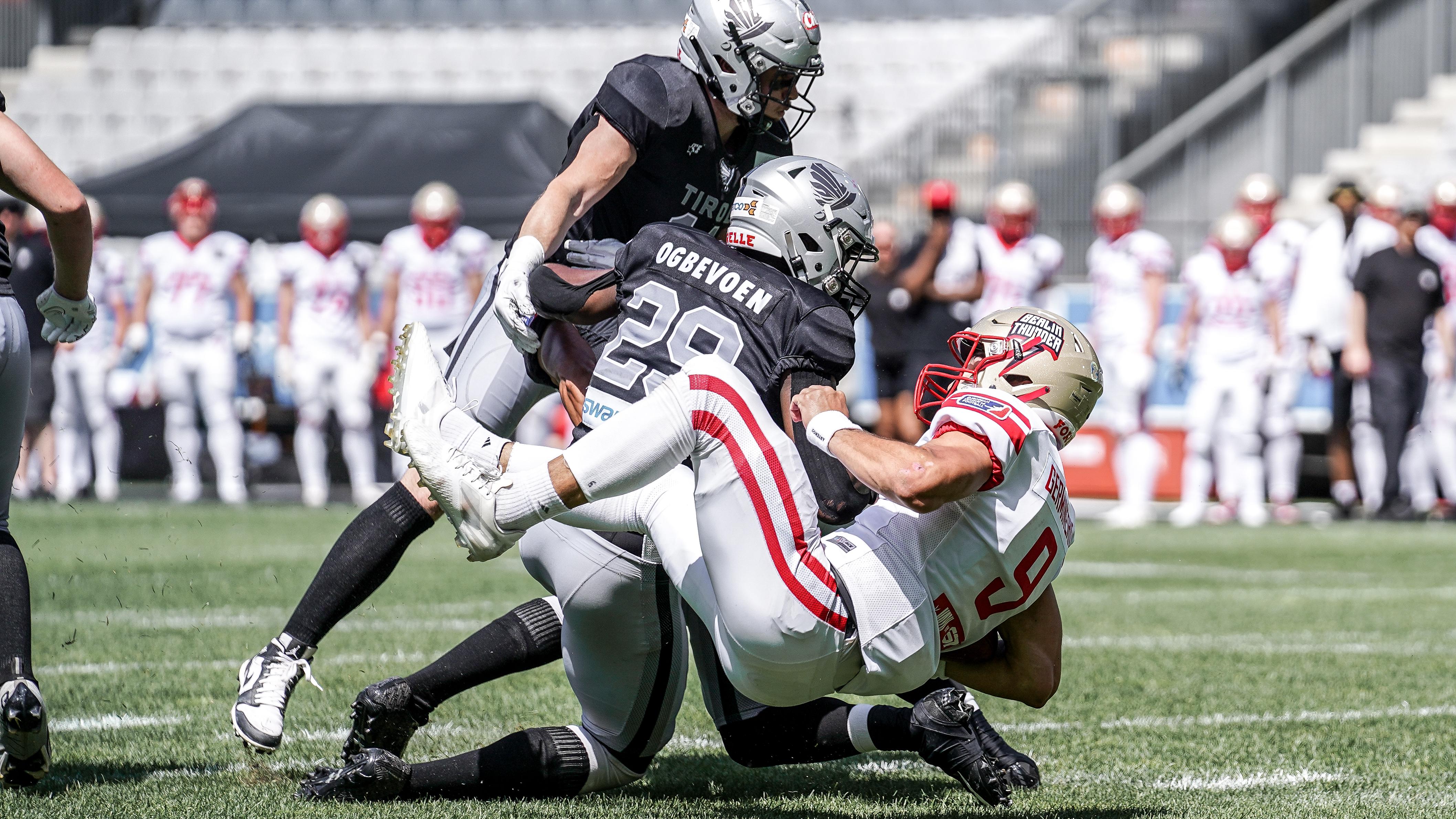 Individually, the European League of Football has a lot of great players on the defensive side. No matter if it is sacking the quarterback, stopping the run, or defending the pass. But what defensive units stand out halfway through the season?

Let’s have a look at the best defenses of the league so far!*

The 4-2 Raiders Tirol have the third-best defense in the league halfway through the season. Based on the stats, the Austrian franchise only allowed 19.5 points per game on defense (3rd) and only 1.575 yards overall (2nd).

Players like Lucky Ogbevoen stand out with 48 total tackles, 8.5 tackles for loss and one sack in only six games played.

It will be interesting to see if the Raiders can fight their way through the Central Conference at the end of the season. But not matter what, they will at least face one more defense that is better than theirs.

The 5-1Hamburg Sea Devils only have the second-best defense with their 13.5 points allowed per gHowever, the German franchise has allowed the fewest yards to their opponent so far (1.376).

On top of that, the Sea Devils also have the best pass defense on paper with only 874 passing yards allowed through six games. Every other team in the league has already allowed over 1.000 passing yards already.

By having scored the second most points on offense as well so far (216), the Sea Devils make a strong push for the playoffs in the North Conference.

Two of the three best defense are based in Austria and compete in the Central Conference of the European League of Football. With only 12 points allowed per game so far, the Vienna Vikings kept their opponent out of the endzone the most.

On top of that, the Austrian franchise has only allowed 409 rushing yards through six games which ranks first in the league as well.

Players like linebacker Thomas Schnurrer with 47 total tackles over six games contribute to a well-rounded defensive performance by the Vikings so far.

Will theAustrian franchise go all the way this year or are the Raiders and the Galaxy on their way to success in the second half of the season?

*ranked by points allowed per game

*yards allowed per game as tie-breaker