With Tim Unger, Fabian Abfalter and Patrick Pilger, three athletes will remain with the Tirol Raiders in the upcoming season of the European League of Football. 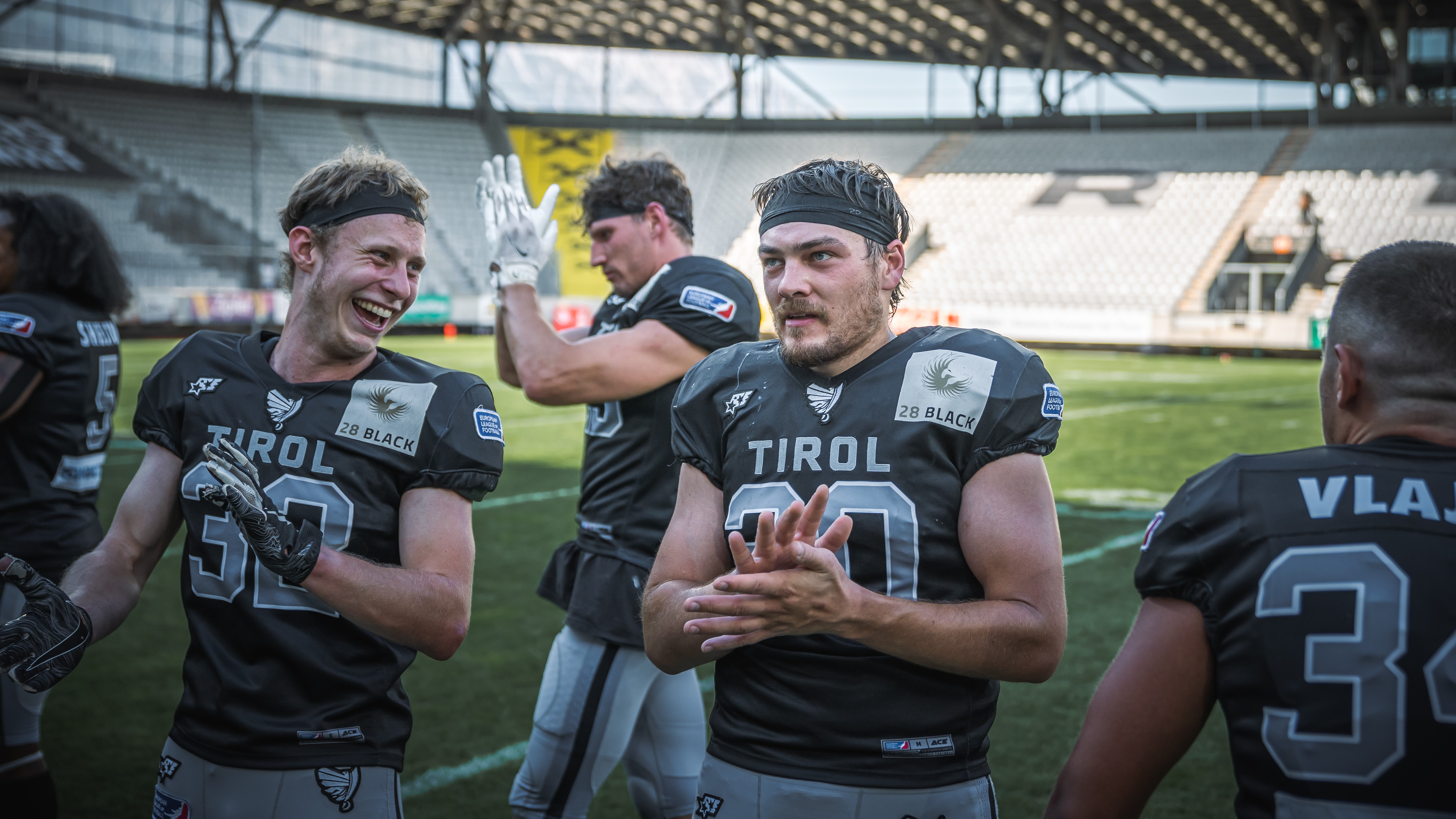 Patrick Pilger is ready to step it up a notch! © Mitteregger

Tim Unger has been part of the Tirol Raiders organization since 2020, even before the move to the European League of Football. He is now entering his fourth season in Silver and Black. The 28-year-old linebacker was called up to the extended squad of the German national team last year due to continued strong performances and feels right at home.

"I am very proud to represent the Raiders organization for another year and share the field with my friends. Raiders Nation - lets ride!", Unger is motivated. "I'm excited to continue to have Tim on board. He is a hell of an athlete who is very variable. He always works extremely hard and is absolutely a Raider you can always count on. I can't wait to see him on the field," said Kevin Herron, head coach of the Raiders.

Fabian Abfalter and Patrick Pilger are also part of the team as real Tyrolean veterans. Both players have been an integral part of the Raiders for years and are important leaders at their positions for the team of the Central conference. Abfalter, who like Pilger went through all of the Raiders' junior teams, is indispensable on the offensive side as a wide receiver. The same applies to Pilger, the 27-year-old can be used as a linebacker as well as a safety, making him a true all-rounder.

Kevin Herron: "I am very happy to have Fabian back. He is one of the pillars on which the team is built. Despite injury, he's always been dependable. He feels like he works harder when no one is watching. I can't wait to see him back on the field. With Patrick, we have another longtime Raider on board for another season. He knows exactly what it means to wear Silver and Black. We missed him a lot at the end of last season due to an injury. I'm looking forward to seeing him back in action fit."