The European League of Football is still in the starting blocks, but despite the young age there are already rivalries heating up between teams. 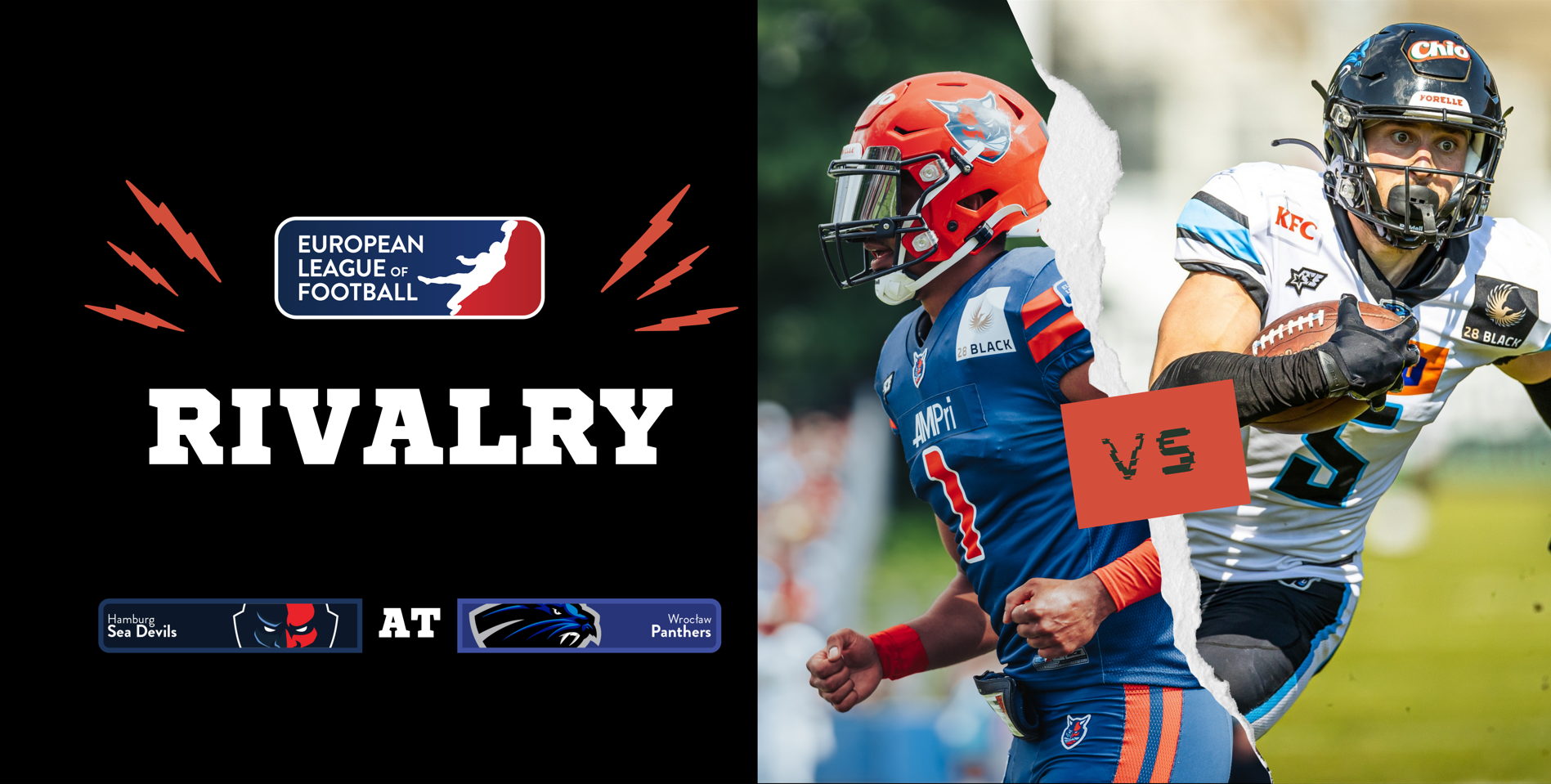 Hopes were crushed when the Wroclaw Panthers lost in the playoffs against the Hamburg Sea Devils last year. A defensive pass interference call involving Leon Kusterer – now with the Kings – and Panthers defensive back Darius Robinson angered the Panthers fans. The Sea Devils marched into the endzone while the Panthers failed to convert a field goal just minutes after. So, Hamburg advanced to the European League of Football Championship Game in 2021.

‍
Coming into this season, the setup looked much different. The Panthers secured the services of last year's top performers such as Darius Robinson, William Lloyd, Philéas Pasqualini, and Goran Zec while adding more game-changers in Maxime Rouyer and Lars Steffen.
On offense, the Polish franchise parted with quarterback Lukas O'Connor and signed former Division I player Justice Hansen to throw the rock at the start of the season. In the first game against the Leipzig Kings, the Panthers were convincing by showing their will to win and scored a decisive fumble recovery touchdown seconds before the end to come away with a win.

‍
Against the Surge, the Panthers dominated but also made mistakes. With the injury of Hansen and Lloyd, the Galaxy game was a one-sided matchup – which leaves the Panthers as a 2-1-team with Lloyd still questionable to return this week. Players Nemieceo Loureiro and Charleus Dieuseul will likely not appear in the game against the Sea Devils due to the contract with short running time. Hansen, as reported by the team, suffered a season ending injury. Slade Jarman, former Fort Valley State quarterback, will take over. A lot of changes in just three weeks of play.

The Sea Devils, on the other side, have probably one of the most dominating defenses in league but struggle to throw the ball on offense. Winning in week one against the Berlin Thunder while also losing to the Dragons in week two had a lot of people wondering: Does their gameplan really work?

‍
Against the Leipzig Kings, the run game worked perfectly fine, which was used in the Sea Devils favor all game long. Salieu Ceesay took over for Jadrian Clark at quarterback, difference makers such as Evans Yeboah and Justin Rogers were re-signed. Kevin Fortes, Daniel Brown or Tim Hänni were added.

‍
This week we will see homegrown quarterback Salieu Ceesay and Slade Jarman. Unclarities on both sides? The Panthers have a score to settle. Whether the Sea Devils pay it or pass it on to the next will be largely up to the performance of both lines and the two quarterbacks. Glen Toonga takes the role as a dominating European running back which Pasqualini held last year. Expect a heated game with a sprinkle of rivalry in the Polish midsummer!