The Fight for First Place

It's the showdown of the south. 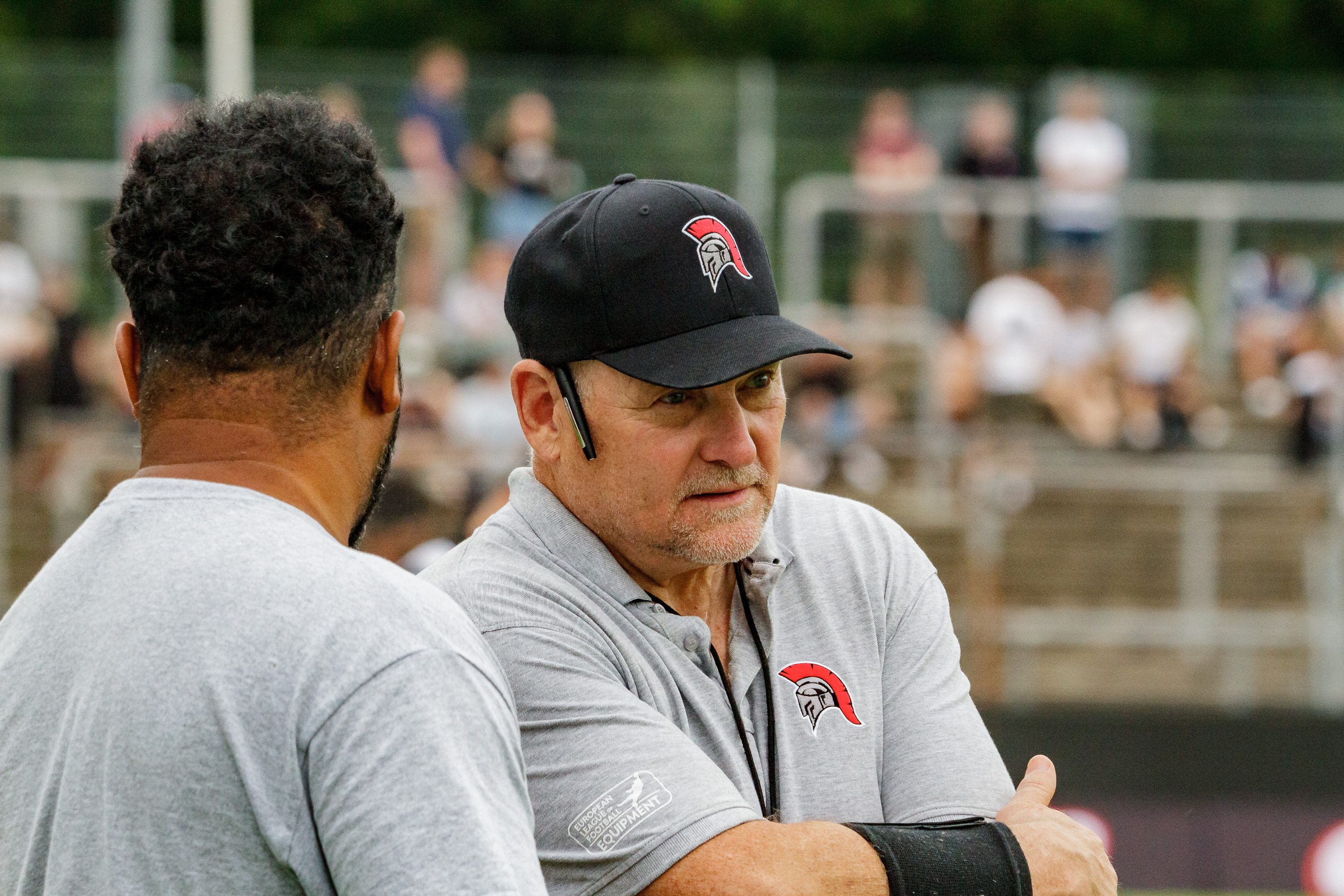 On Sunday, the 2-1 Cologne Centurions will face off with the 2-1 Frankfurt Galaxy. The game will take place in Cologne's Südstadion at 3pm CEST with the goal to get to the top spot in the southern conference of the European League of Football.

After their win on the road against the Leipzig Kings last weekend, the Domstädter are tied for first place with the team from the Main metropolis. At the same time, the Frankfurt team won their game against the Wroclaw Panthers and demonstrated their strength.

"One of the league's top teams"

"I usually don't talk much about our opponents and prefer to focus on our team," said Centurions' Head Coach Kirk Heidelberg. "But Frankfurt, to me, is one of the league's top teams. They have a very good defense that forces a lot of turnovers and an explosive offense that is able to produce big plays time and time again."  The Hessians confirmed this assessment in their game against the team from Poland: The otherwise very accurate quarterback of the Panthers was driven to sheer desperation as Frankfurt was able to intercept four of his passes. In total, they held the Wroclaw team to 13 points. This may have been partly due to the heavy rain on gameday, but in their other games the Mainhatteners only allowed an average of 17 points as well.

However, the Cologne team also has its unique strengths and is well aware of them. Particularly with their running game via Madre London,the Centurions have been successful so far. In total, the U.S. running back hass cored eleven touchdowns and 959 yards on 85 runs in the first three games of the season. That results means over 11 yards per run.  "Madre is an outstanding player and has been a big part of our success. Our strong running game, however, is also a consequence of the other players doing anexcellent job of blocking for him," Heidelberg summed up. Especially the OLine and Tight Ends would constantly block holes for their running back. "We want to establish our running game first to set up our passing attack," the HC explained. The tactic has paid off in recent games. Quarterback Jan Weinreich has been able to repeatedly throw to free receivers on playaction plays. "Jan leads our offense efficiently. He hasn't thrown an interception in the last two games and has consistently kept us in the game with his passes." This was especially obvious on an important third down attempt towards the end of the game against Leipzig.

"They know what we're doing"

Just before the end of the fourth quarter, the Cologne team was down by seven points. After several running plays, which Leipzig was able to stop without gaining any space, a third down attempt was made. The Centurions needed 9 yards for a new first down and feinted a running play. The opposing defense fell for the feint and tight end Florian Eichhorn caught his quarterbacks' pass. Fifty-seven yards and several eluded tackle attempts later, Eichhorn was in the end zone and Cologne had pulled within one point of Leipzig. But rather than go for the equalizer, Head Coach Heidelberg went for the full risk and a two point conversion. Again, the "feint run with a pass play" principle worked.  Weinreich found wide receiver Quinten Pounds in the end zone and the Centurions led by one point. They did not give up that lead again. "We needed a stop from our defense and we got it," said the head coach, briefly summarizing his defense's performance.

The outlook for the game against Frankfurt is similarly brief: "They know what we're doing and we know what they're doing. There's no magic play in football that always works. It's about who can do a better job and who can execute their game plan with greater efficiency."

Which of the two teams will do best and who will take the lead in the south group on Sunday can be followed live from 3pm CEST in Cologne's Südstadion or via stream on www.ran.de .

Get your tickets here: https://shops.ticketmasterpartners.com/european-league-of-football