Johnson on the Sea Devils next games: “We got to continue to stay focused”. 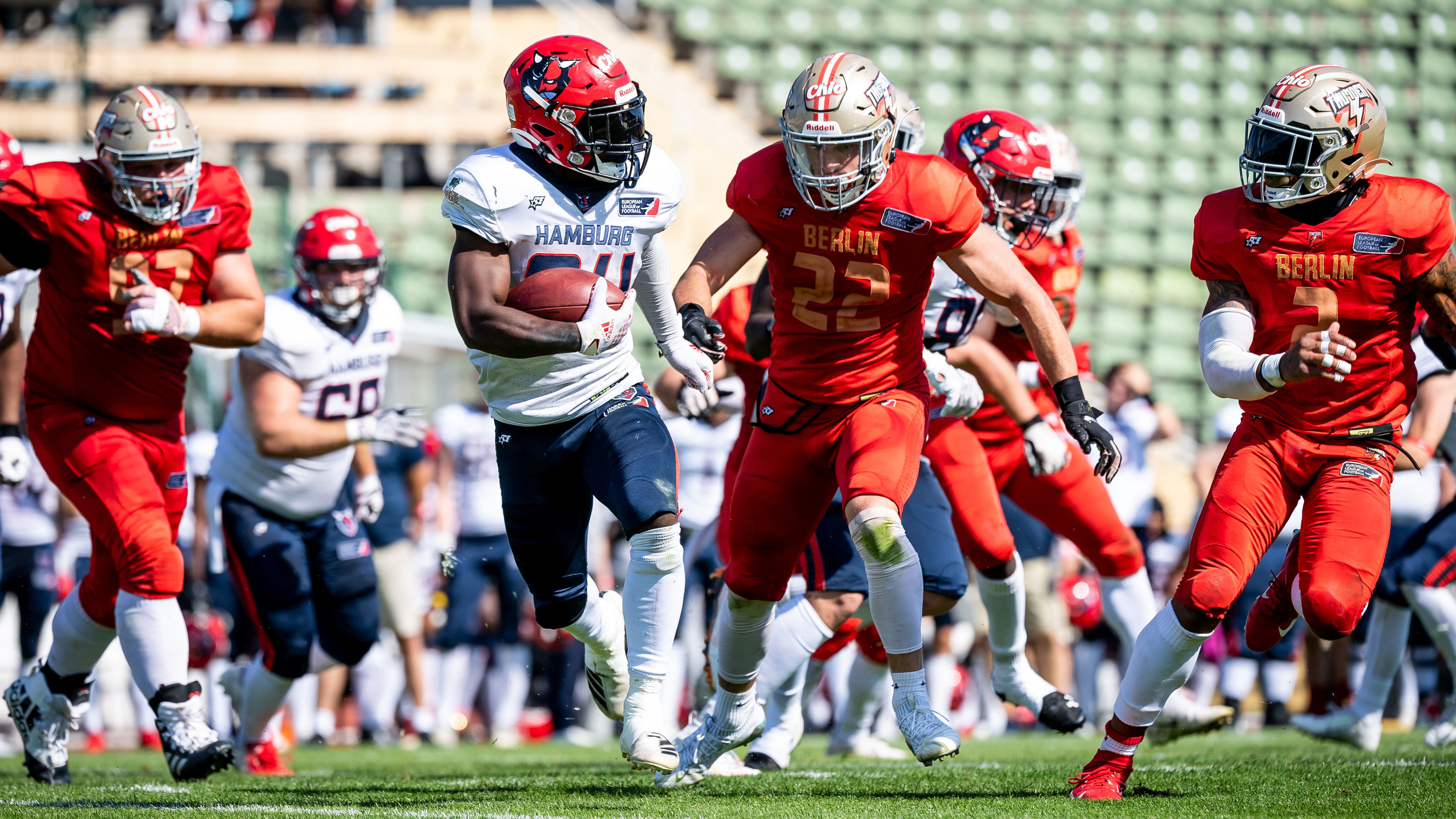 The 7-1 Hamburg Sea Devils bounced back this weekend after loosing their first game of the season to the 7-1 Frankfurt Galaxy. Sea Devils running back Xavier J. Johnson played an important part in their latest win over the Berlin Thunder with his 100 rushing yards and team-leading 130 all-purpose yards.

In our interview, Johnson looked back at his performance in the 28-20 win against Berlin: “I feel good. […] Against Berlin [Thunder], they were a good team as well. But I feel like we had to loose some to gain what we are really here for and to see where we really want to go. It taught us a lesson: never take our opponents for granted”.

Johnson also explained his team's mentality when it comes to the last games in the regular season: “We got to continue to stay focused. We got to continue to stay together. We got to get better each and every day. And we got to stay consistent and not overlook any of our opponents”. Having said that, the Sea Devils will face the 3-4 Wrocław Panthers at home. It is going to be an interesting matchup because the Panthers are looking to beat the 3-4 Leipzig Kings in the race to the playoffs and need to break their three-game loosing streak to do that.

When we asked Johnson to what extend injuries played a part in the Sea Devils latest struggles, he had a clear answer: “You know, there’s a few [players] that are hurt that would help us. But it’s like any other sport, next man up. So, I believe in our depth and of what we have. Like I said before, it’s the next man up and they got to show what they have. They got big shoes to fill”.

Sea Devils defensive lineman Nelson Imasuen, who already recorded 5.5 sacks this season, weighed in on the impact of injuries as well: “It is never easy to play without the people around you who you are used to and trust.  With [Jan-Phillip] Bombek and Kasim [Edebali], of course, we [are] missing two strong outside rushers.  But especially Kasim [Edebali] takes on a leadership role despite injuries and teaches us young players a lot from the sideline. His presence is there […]”.

Despite some recent downs for the SeaDevils, Imasuen is certain that he and his teammates will learn from their mistakes: “We see more and more things that we have to and will work on.  Everyone is motivated to take on this task. I think a good athlete is someone who comes back stronger after a mistake or a loss than he was before, and that's how we tackle the matter”.

Although there are still three weeks left in the first regular season of the European League of Football, the Sea Devils already clinched their playoff spot. Hamburg’s leading rusher Johnson does not care about possible matchups after the regular season: “It doesn’t even matter to me [who we play]. As long as we got the playoff spot and we can play for that championship, it doesn’t matter. Whoever we do play, we just going to give it our one hundred percent and they’re going to get the best out of us”.

Johnson also made it his personal goal to win the first champion of the European League of Football: “My goal is to continue rack up yards and to win this chip man! That’s my personal goal”. Johnson and the Sea Devils are on track to reach that goal having recored seven wins and just one loss so far this season. However, there are three weeks left in the regular season in which the Sea Devils are going to play two more teams. This week, the Sea Devils will host the Panthers to possibly win their fourth home game of the season in Hamburg at 3 p.m. CEST.