The Kings are back with their starting quarterback! 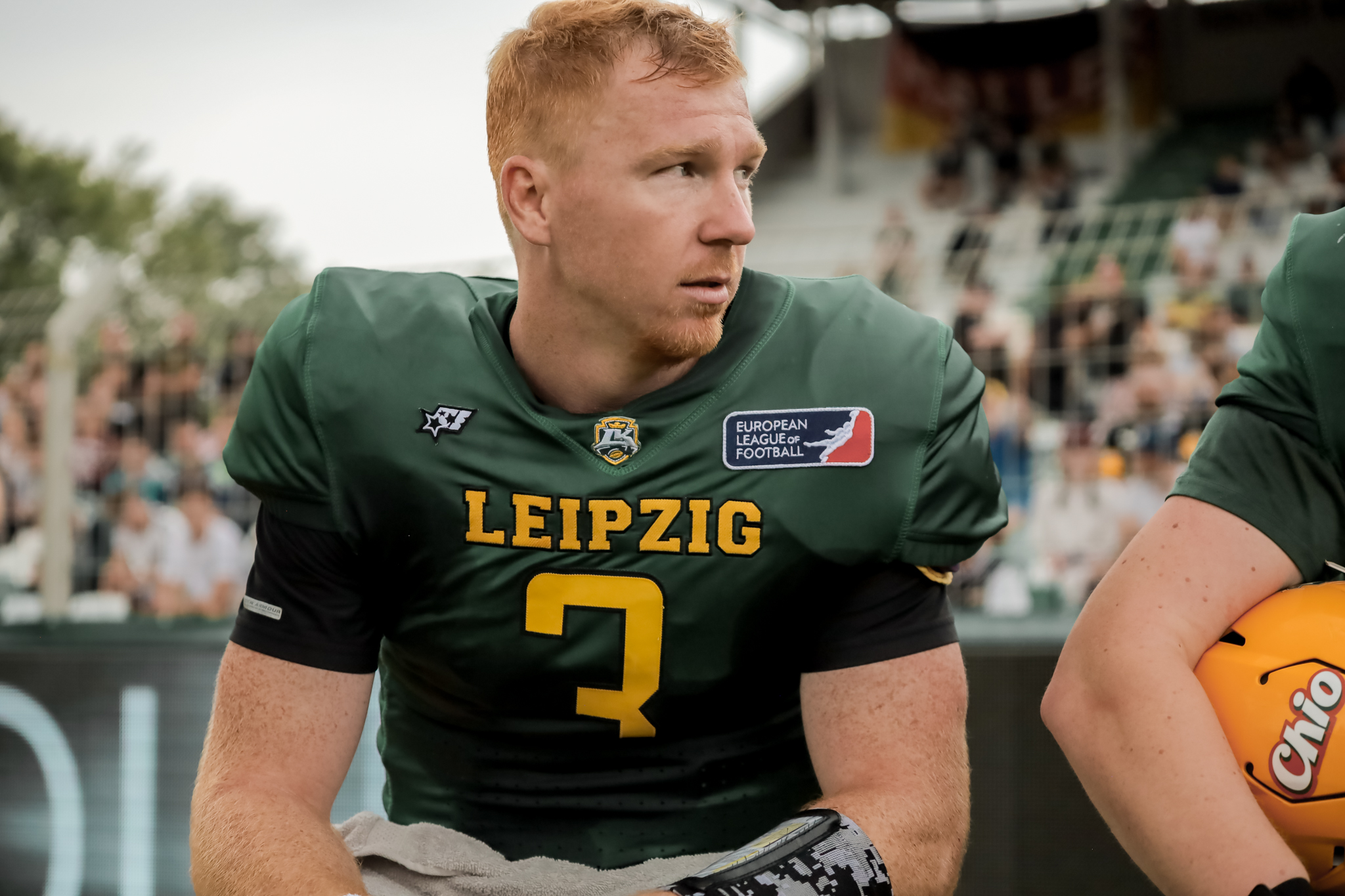 Kings QB Birdsong on the sideline during the game against Berlin Thunder. Credit: Mariann Wenzel

The 2-4 Leipzig Kings won their first game on Sunday after four straight losses - and achieved the first victory on their homefield in franchise history. The Saxons won against conference rival Berlin Thunder at home with 37-24. One important player for the Kings did not play since week two of the regular season due to a foot injury, but he finally came back to lead the offense on the field: quarterback Michael Birdsong. He explained how good it feels to be back: „It felt great being back out on the field. Obviously, I missed the last three games. […] So, to be back out there with my guys and my team, leading them out on the field to another victory is obviously everything I’d hoped for […]”.

Always looking at the bright side

As already mentioned, the Kings lost four games in a row and were blown out by the Hamburg Sea Devils two weeks ago. Despite the losses, Birdsong sees some advantages when he looks back at those games: “The last few weeks definitely were not fun for me and obviously the team either, but we learned some things as an offense. Tom [van Duijn] and Jaleel [Awini] got some really valuable playing time […], I got some great time being in the box and call plays and kind of see what works and what doesn’t work. You know, you use everything to your advantage, and we learned from it the last few weeks, but I’m definitely happy that I’m back out on the field”.

Learning from those experiences, the Kings were able to defeat their conference rival on Sunday to win their second game of the season: “It was huge for us to get this win. When we dropped three in a row,two of which we basically lost by four points total and then the last one against Hamburg [Sea Devils] was obviously not the way you want to play any football game or any phase of the game; special teams, offense, or defense. So, it was huge to get this win against Berlin to get a good bounce-back. You know, the bye-week came at a perfect time, and we were really able to just reset our mind, reset the focus. Guys were able to get back and get healthy, myself included”. So, Birdsong is finally back under center for the Kings and looks to have an impact in the games to come.

Time for a rematch

The 2-4 Stuttgart Surge will travel to Leipzig to face the Kings, after losing to the 5-1 Frankfurt Galaxy. Birdsong is already focused on this matchup and wants to win against the Surge, after losing to Stuttgart in week four of the regular season: “We got Stuttgart [Surge] this week and we all know how that one turned out for us a few weeks ago. We lost to them in a very close game. It came down to the wire in Stuttgart with some […] questionable calls going down later in the stretch. You know, we’re looking to go out there [and] perform. Offense, we need to score more points. I think we only scored two or three touchdowns that game. So, we did not play well enough regardless of what happened; what was in our control or not in our control. So, the goal this week is to get this win versus Stuttgart to put us in position to stay one game back of Wrocław. And we’ll see how everything shakes out as the season goes on”.

Winning the second half of the season

All about the fans

At the end of our conversation, Birdsong wanted to talk about the Leipzig Kings fans: “I just want to give a personal shoutout, and I know all the players agree with me, to the Leipzig Kings fans. You guys have been absolutely tremendous […]. Going back to the Cologne [Centurions] game, […] blown out by Hamburg [Sea Devils] and you guys were there all the way until the end of the game. And then you show back out again. You guys are awesome! We really appreciate your support, and we hope to see you guys in a strong attendance next week against Stuttgart […]”. As Birdsong pointed out, the Leipzig Kings will play against the Stuttgart Surge at home this Sunday at 3 p.m. CEST with their starting quarterback finally back under center.