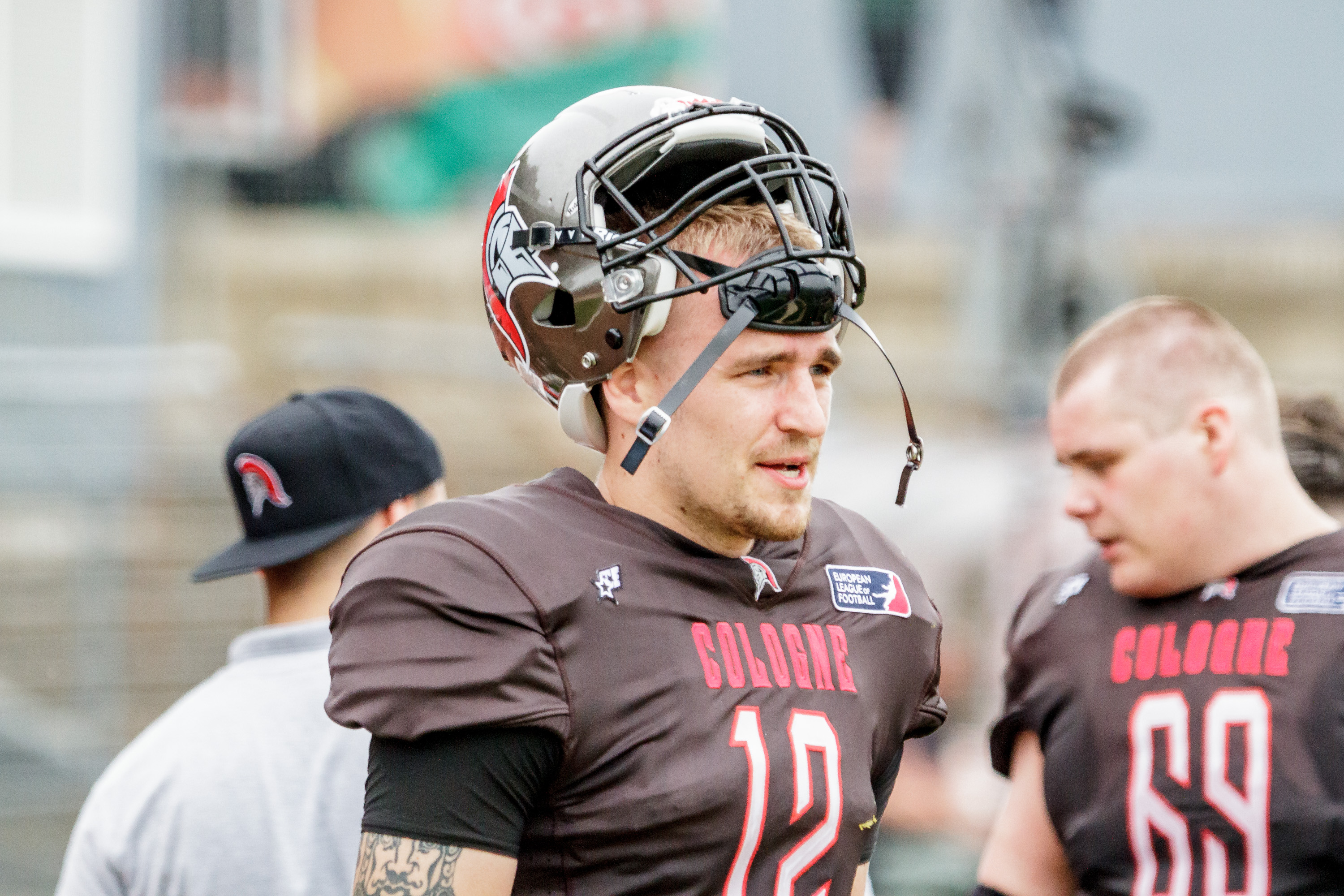 Jan Weinreich went on to explain how the team feels after their first win: “We are really happy that we got our first win. The atmosphere was amazing having so many fans at the stadium. The energy and the atmosphere in the stadium were natural, it didn’t feel forced in any way. We sang kölsche songs in the stadium and the fans really got our back: I hope this will develop into the Philadelphia of the European League of Football”. Mentioning Philadelphia, Weinreich touches on the strong traditional fan culture of the Philadelphia Eagles in the NFL.

Of course, we also had to touch on the performance of Centurions running back Madre London in our conversation. Jan Weinreich had to say this about his American teammate: “Madre London is the best player in Europe at the moment. Period. Our offensive line does a great job of blocking and our scheme we run fits his playing style as well. At the beginning it’s tough to run the ball but down the road the defense gets tired. For the first ten yards our offensive line perfectly blocks for Madre, but he makes a 70-yard run out of it and that’s why he is the best player in Europe”.

When we asked Weinreich about the next matchup for the Centurions, he talked about the philosophy of his Head Coach in Cologne: “Kirk Heidelberg always preaches that we must focus on the next play, and this is what we will do. On the one hand we will take great energy from this win, but on the other hand we will just focus on our next practice and then on the next game. […] The Leipzig Kings are a strong team; they can definitely score. They lost like us against the Panthers this week, but we worry about the next play. Sometimes it’s an incompletion, other times Madre [London] runs for 70 [yards]. We just want to win every time we step on the field and today we proved that we can do that”.