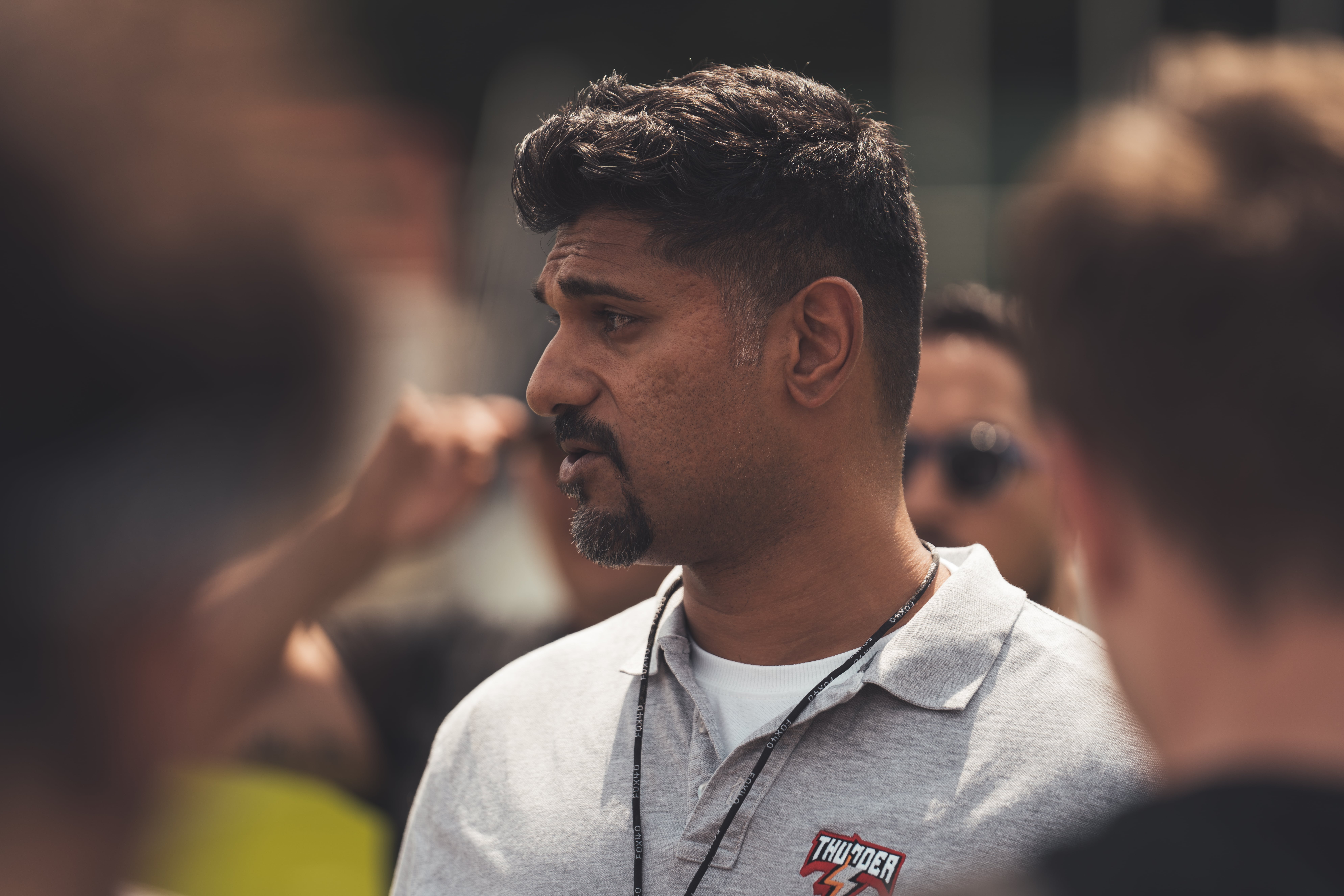 The Berlin Thunder won its first game of the season against the Stuttgart Surge on Sunday. The Canadian native talked to us about Berlin’s bye-week before their second game of the season and his first win as a Head Coach in the European League of Football. Jag Bal started to comment on their loss in week one at the beginning of our conversation: “Against Leipzig we had a couple of big breakdowns on special teams, but we also had 220 yards in penalties […]. Head Coach Bal stressed that this is an area the team looks to improve on. He further stated: “I feel like in general we know what to do to win. I think the hard part is to just clean up those problem areas and having more consistency in certain parts of the game”.

The 37-year-old also touched on the mentality of his team: “I think a lot of people painted us as a team that sits down at the eighth spot and takes a whopping every game. We knew that it wasn’t true and that also added fuel to the fire. Now, going into Stuttgart we knew that this was just another opportunity. Every game is an opportunity to prove yourself and to win. And we went into it like we would for any other game; proper preparation and a sound game plan offensively, defensively and on special teams […]. Keeping this in mind, the Berlin Thunder were able to win their first game on Sunday against the Stuttgart Surge.

As Berlin scored 40 points offensively, we asked Jag Bal if any player stood out to him besides the reigning “Chio MVP of the Week” Seantavius Jones. He then explained that there is more to the game of football than just big plays: “Well, it’s funny. I understand the concept when people highlight or speak mainly of the big play. What most people fail to recognize is when a guy makes a play when the ball doesn’t come to him. One of those guys we had on defense was Paul Seifert. He played full four quarters of football and had two or three pass deflections at the end of the game and got an interception in the endzone. And for most of the game it seemed like he was relatively silent because nobody has seen him making a big play”.

The Head Coach of Berlin went on to talk about the performance of his defense in Sunday’s win: “Defensively I think we held them to under 40 yards of rushing. […] This was not a one-man show, this was a team effort. We got a goal-line stand and things like that which was a complete team effort. So, it’s kind of hard to single out individuals per se when they were showing a team effort. Now, offensively Joc [Crawford] and “Stretch” [Seantavius Jones] put on a show. And Nicolai Schumann put on a show too”. He further told us that Nicolai Schumann will be a force in future games: “[…]Nicolai is going to be tough guy to stop, and you know, the more we get the ball in his hands, the more he is going to show the league who he really is”.

When we asked the Head Coach of Berlin Thunder how he feels after his first win in the European League of Football, he had a humorous way to describe his feelings: “Oh man, I’m ecstatic. There is a video […] of the last play on the fourth down when we got the goal-line stand. Paul Seifert, outside linebacker, made the play […] and when we get the stop he starts swinging his arms and was completely ecstatic. If you see the video, that’s exactly how I felt”.

Looking ahead to Berlin Thunder’s next opponent, Jag Bal had no choice but to speak highly of their conference rivals from Hamburg: “They are an incredible football team. They’re well balanced, they have threats at every position like we do. Their [offensive] line looks good, their [defensive] line looks great.This is going to be a tough battle. […] They are 2-0 for a reason. When you look at film you see how dangerous their running back is in the back field and they got some German wide receiver threats and they’re incredible too. So, it’s going to be a hell of a ball game”.