The Chance – From the European League of Football to the NFL

There are already a couple of athletes who made the jump from the European League of Football to the NFL! 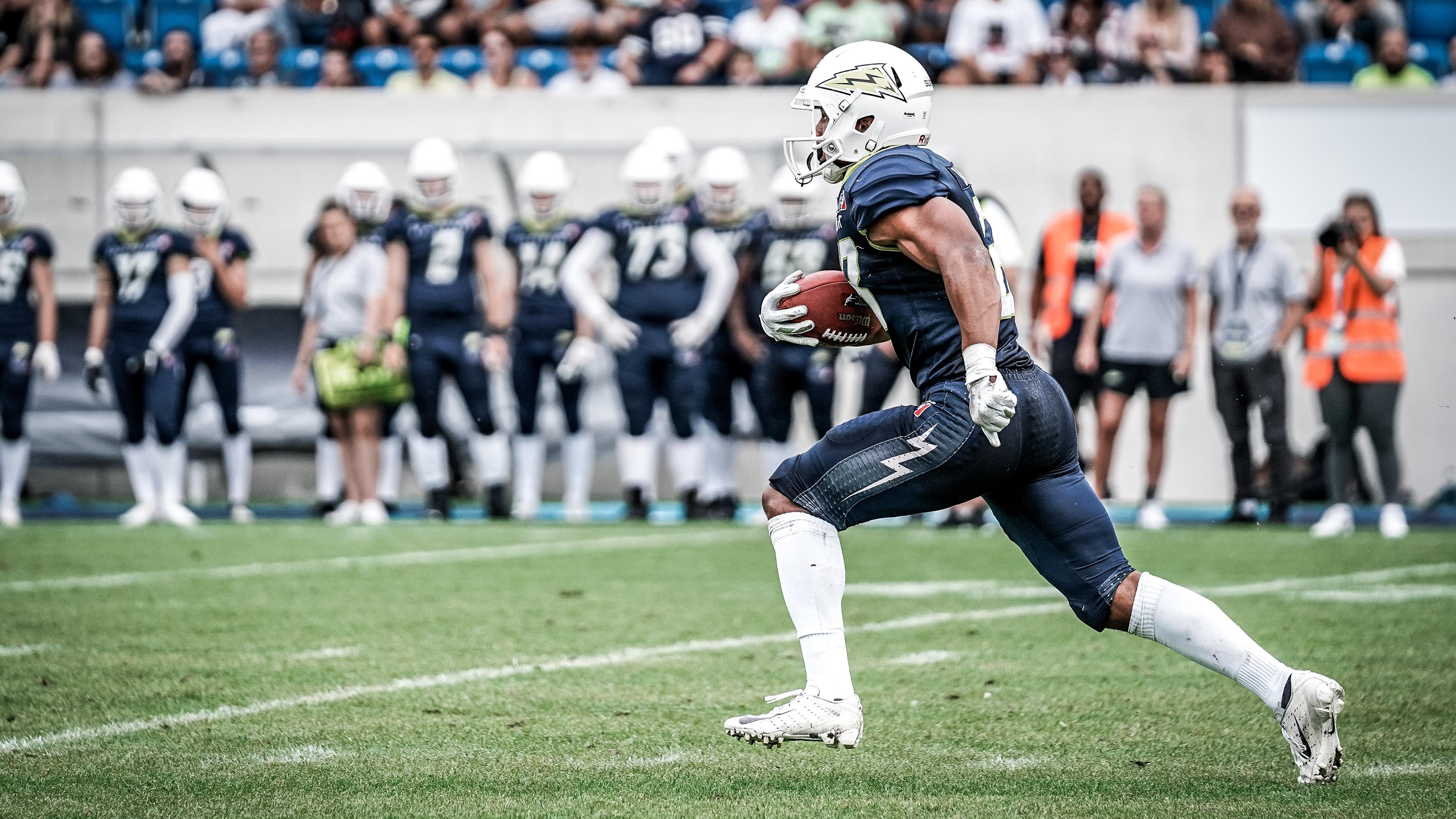 Indianapolis Colts defensive back Marcel Dabo playing for the Stuttgart Surge back in 2021! © Sarah Philipp

The European League of Football has been a chance for European and American players to present their immense talent! Some players even made it to the best American football league on this planet: the NFL!

KaVontae Turpin has been one of the most electric playmakers in the European League of Football at the end of the 2021 season! Since then, the American wideout has played in the USFL and won the league’s MVP award.

Shortly after, Turpin earned himself a gig with the Dallas Cowboys and wowed fans from all across the world with his two return touchdowns against the Chargers in a 2022 preseason game.

Since then, the 26-year-old returned more than 20 kicks and punts for the Cowboys in the regular season and also got three carries on offense which he turned into 17 rushing yards and one first down.

One of the biggest success story in the young history of the European League of Football has been defensive back Marcel Dabo! The youngster played for the Stuttgart Surge in the inaugural season of the league and since then took over NFL scouts by storm.

With an invitation to the NFL International Player Pathway Program, Dabo has earned a right to fight for a spot on an NFL roster. After posting incredible testing results at his pro day, including a 4.42 40-yard dash and a 40.50 vertical jump, the German defender earned himself a spot with the Indianapolis Colts for the next two years.

Since the start of the 2022 training camp, Dabo has been with the Colts and was placed on the practice squad to keep learning and improving. But only time will tell if Dabo can make the jump to the active 53-man roster!

Another success story of the European League of Football is former Berlin Thunder pass rusher Adedayo Odeleye. The British pass rusher played for the German franchise back in 2021 and, just like Marcel Dabo, received a spot on an NFL roster through the NFL International Pathway Program!

Odeleye was placed on the practice squad of the Houston Texans in 2022. He now practices with the team at their facilities to get his game to the next level. So far, Odeleye made some plays in the 2022 preseason games but was not activated in the regular season.