This player should catch your eye! 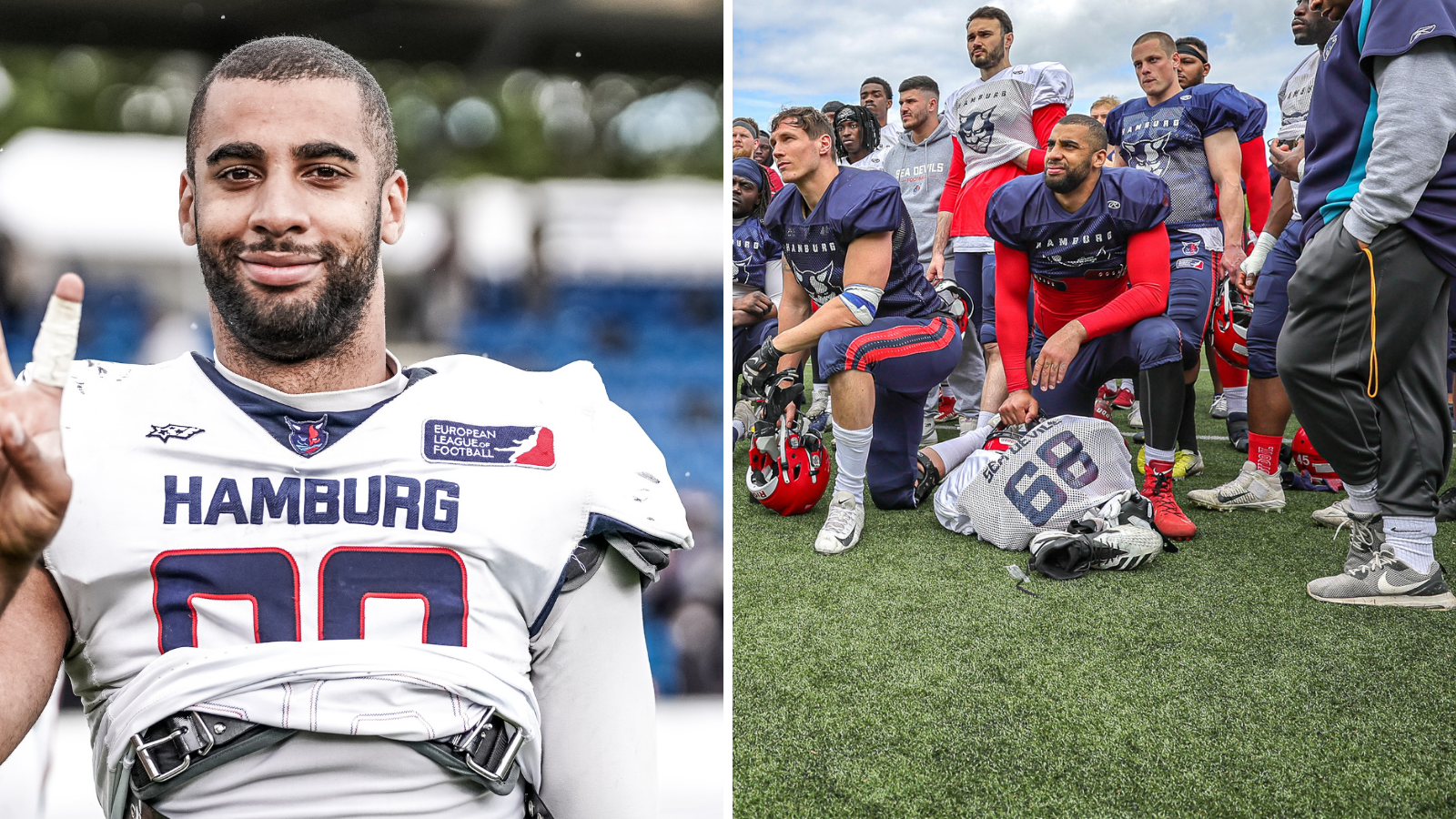 Nelson Imasuen is the biggest 99 in the European League of Football. © Sarah Phillip / Michael Freitag

Nelson Imasuen is one of the biggest players in the European League of Football, yet he flies under the radar. The defensive end who can also be used as a defensive tackle is definitely a presence at 125 kilograms, 2.07 meters, and gloves in 4XL.

His presence was more than felt on the field as well. With 6.5 sacks, five quarterback hurries and 13 tackles for loss, he was one of the Sea Devils' most prolific defensive linemen. "The tackles for loss are again more important to me personally than the sacks. I'm a little more comfortable in the run game as a result, even though I'm a force to be reckoned with in the pass rush."

And Imasuen has added some more muscle. "You can definitely feel the difference in weight. When I'm running into a 130-kilogram offensive lineman and it's only a five-kilogram difference, I'm able to use my strength a lot better. This season is going to be different again than past seasons. We've added new defensive linemen who bring the same speed and strength," said Imasuen who explained the importance of physicality again holding the edge. "It's about the pocket in general. If one defensive lineman is faster than the other, then gaps open up, then the pocket doesn't collapse like you want and the quarterback can move better. Just like on the run, then the holes open up. My job is easier when the defensive tackles are the same."

And the Sea Devils' defensive line is not to be underestimated with Evans Yeboah, Berend Grube or Tim Hänni.

A force to be reckoned with

Prior to the Sea Devils, Imasuen played for the Berlin Rebels, Berlin Eagles, Berlin Bears and at Royal Imperial Collegiate Boarding School. In two years with the Rebels, he was responsible for 123 total tackles, 26 tackles for loss and 12 sacks, as well as 5 pass breakups, 9 quarterback hits and 5 forced fumbles. He would have presumably ended up in college after his time at the boarding school, but a concussion brought him back to Berlin.

In Hamburg, he has continued to develop. He will be a force to be reckoned with this year as well.

Tickets to the games HERE!