Carlo Reimann is ready to take his talent to the Leipzig Kings! 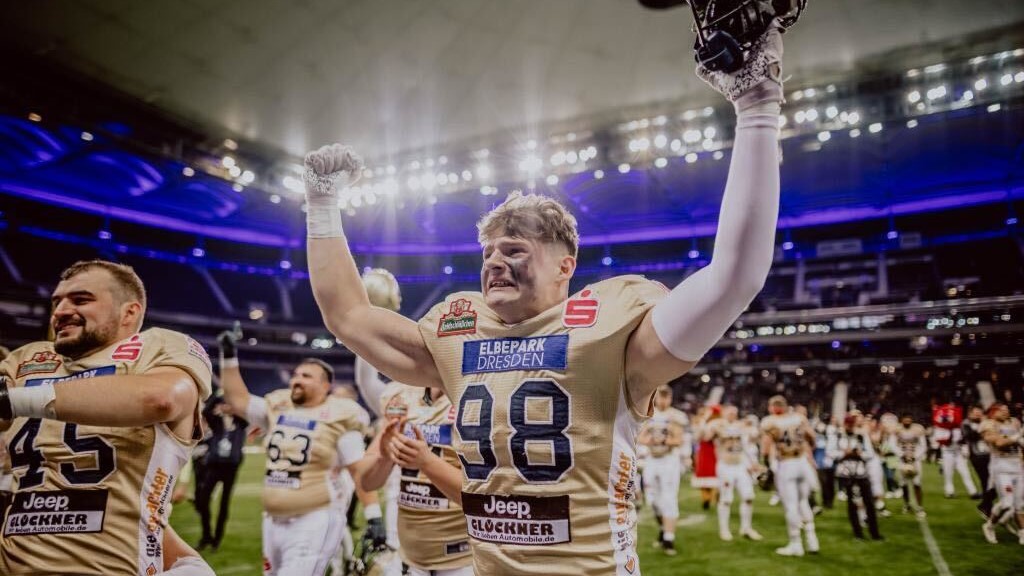 The Leipzig Kings have signed defensive lineman Carlo Reimann to their 2023 roster. The talented Leipzig native is back in his hometown after playing for the Dresden Monarchs, where he won the German national title in 2021. Reimann had 10 tackles and two tackles for loss in 2021 playing for Dresden, playing for the Leipzig Hawks in 2022, where he started in the youth. Only being 21 years old as of now, he joins a more experienced group. At 1,94 m and 108 kg, Reimann has length and strength for the defensive end position.

“Carlo has a very athletic long frame and brings good athleticism to the DL group. He has shown a really strong work ethic and has shown he is committed to improving himself. He is a Leipzig guy who decided to come back home, and we are happy to have one of our hometown guys come back to play for his city”, head coach John Booker said.

Paired with veteran Nico Koch, All-Star Aslan Zetterberg, and Lance Leota, the Leipzig Kings could build a solid line in 2023, after falling short of expectations in 2022. Only Aslan Zetterberg and Jan-Phillip Bombek provided enough production to keep the rather linebacker-heavy defense in place to compete.