A familiar face joins the Düsseldorf Rhein Fire for the 2022 season in the European League of Football. Offensive tackle Sven Breidenbach is one of the best tackles in European Football who brings experience as well as size and technique into the best American football league in Europe. 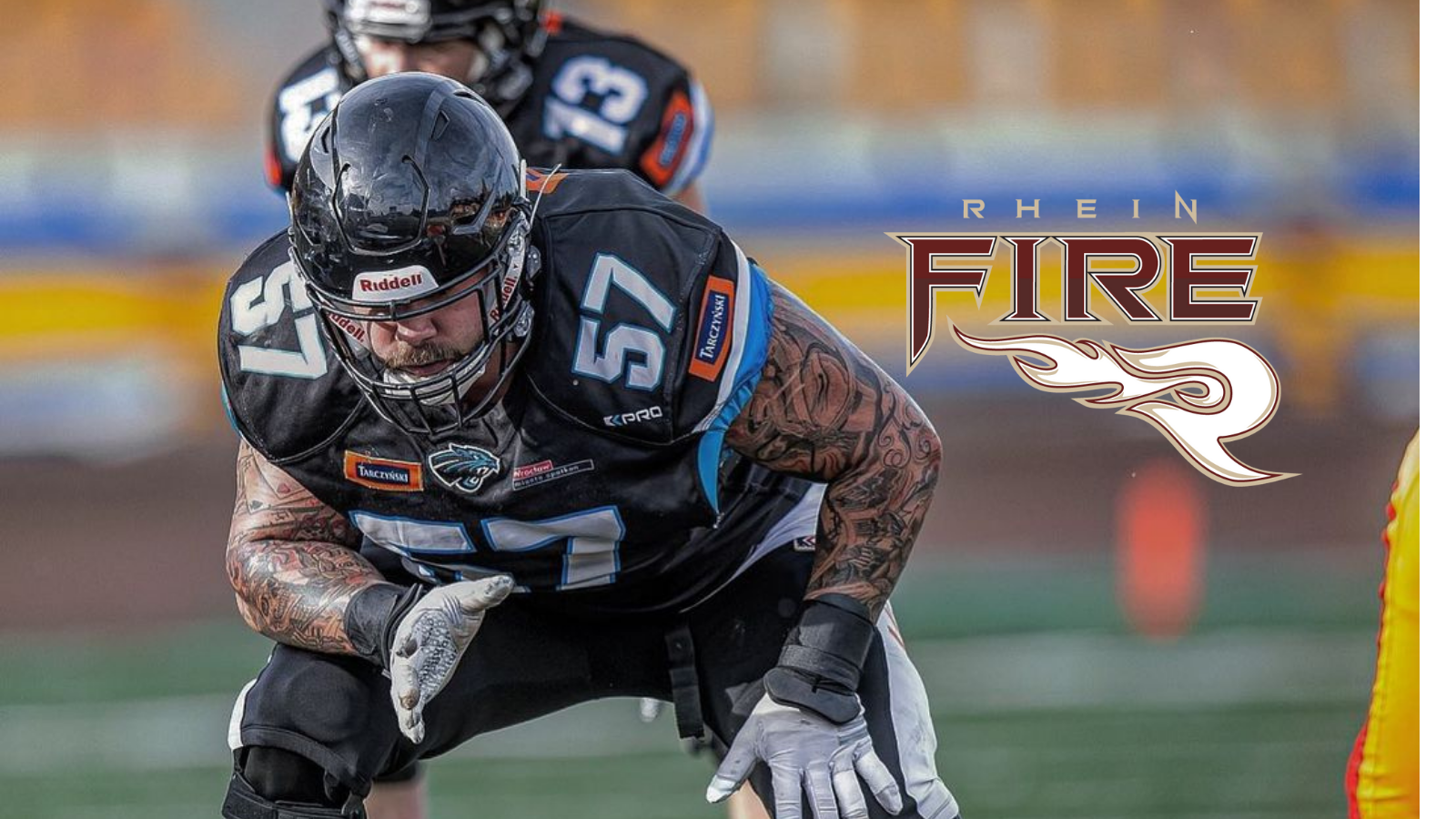 The Düsseldorf Rhein Fire found their quarterback protector for the upcoming season early, presenting Sven Breidenbach as one of the first signings in the offseason.

With 1,97m of height and weighing 145kg, Breidenbach is a scary sight on the field, bringing enough talent with him to protect his quarterback from opposing passrushers. The German National Team player started to play football in 2013. He is known for his athleticism and will to fight and dominates German and European football. Coming into the European League of Football, he played with the Wrocław Panthers in 2020, winning a national title with the Polish franchise.

"I am proud to be part of the team and will do my best to bring a championship to Düsseldorf. Let them feel THE FIRE IS BACK !!!", was Breidenbach quoted on social media.

Breidenbach is currently using the offseason to train with Offensive Line Coach Erol Seval and other offensive line candidates in Düsseldorf. On the field, he can play right tackle as well as left tackle.