Stuttgart Surge quarterback Vandeven: “[…] We have the players and athletes to compete”

The 2022 European League of Football season for the winless Stuttgart Surge is far from over! 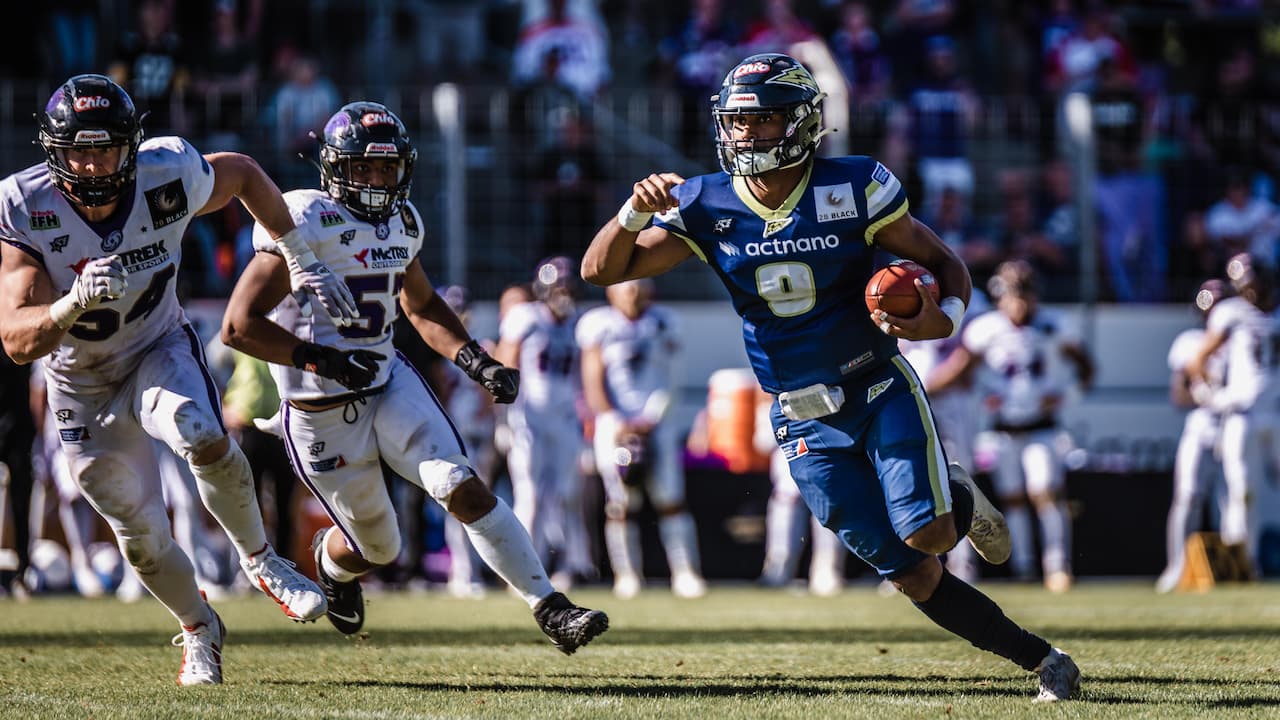 “I think we as a total offense have been underrated“, Stuttgart Surge quarterback Dante Vandeven commented in an interview.“[…] Ever since I’ve stepped into town, we’ve proved that we have the players and athletes to compete with everyone in this league“.

After a winless start to the 2022 season, the Stuttgart Surge decided to bring in a new quarterback in Vandeven. In two games for the German franchise, the American signal-caller produced 611 passing yards, one passing touchdown, and six interceptions. However, Vandeven also rushed for 127 yards and two scores on the ground so far.

The Surge will have to see if he is the answer at the quarterback position. But forcing the reigning champion into overtime last week was a statement by not only Vandeven but by the Stuttgart Surge team overall.

“Our biggest strength offensively is our explosiveness and ability to make the big play when needed,“ Vandeven explained. “We’ve surprised the past two teams with our ability to extend plays and march down the field.

RB Jalen Conwell – A blessing for the Surge?

When asked what role former Istanbul Rams running back Jalen Conwell plays for the Surge offense, Vandeven could not hold back the praise. “Jalen [Conwell] is the heart and soul of our offense, as is exactly what the Surge needed against Leipzig and [he] showed his ability against the reigning champions with 150 all-purpose yards and 30+ touches. That [is] asking a lot [in the] first week with a new program and he took it with stride.“

Conwell started the 2022 season with the Istanbul Rams but ended up parting ways with the Turkish franchise. Now, the shifty running back looks to help out Vandeven and the Surge offense to turn things around in the Central Conference.