In the European League of Football, losing a game is not that big of a problem due to the level of play and expected balance at the end of the season. Losing ten games in a row is a problem. Changes keep coming. 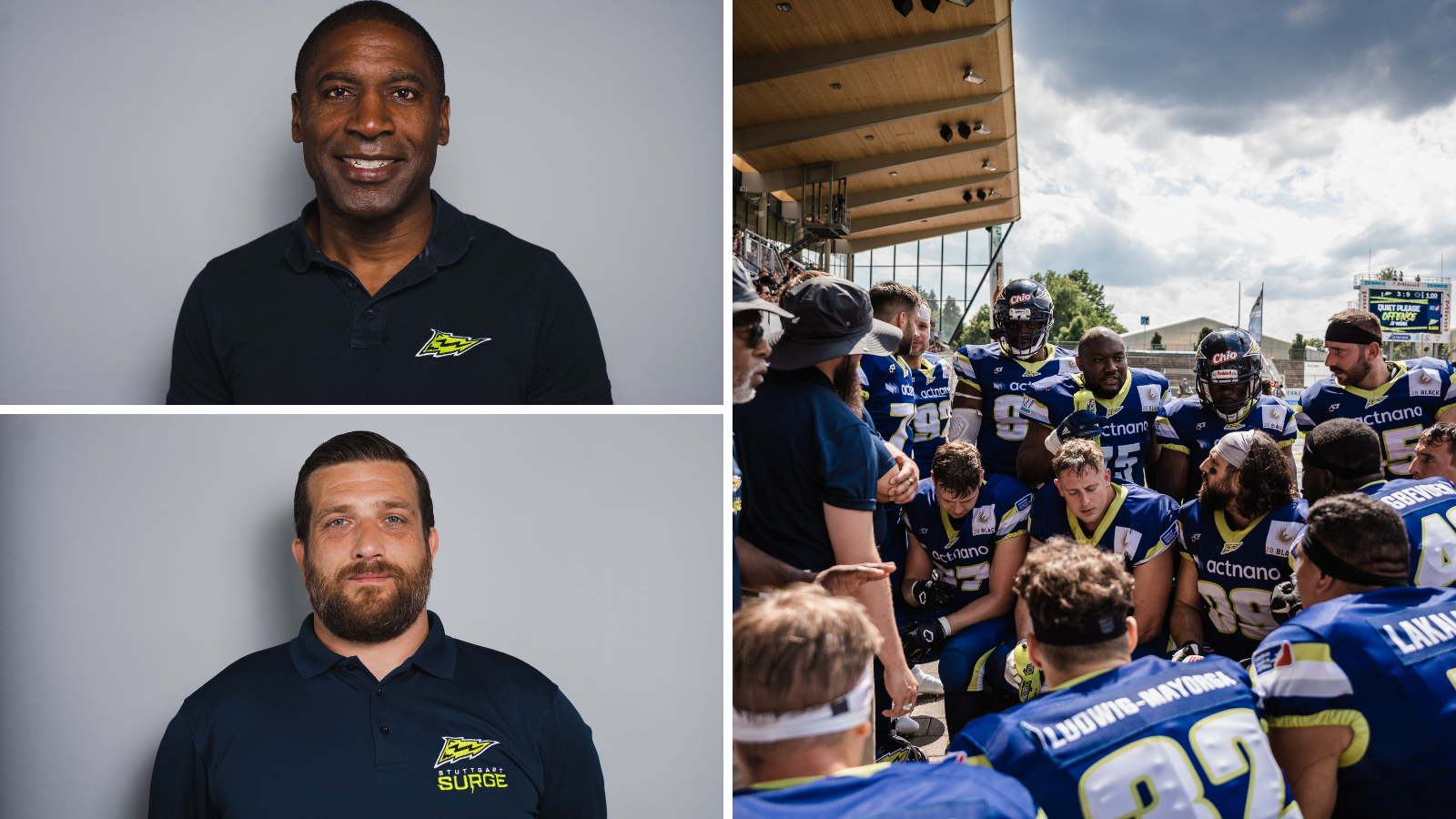 While Istanbul gets the benefit of the doubt due to the newcomer role, the Stuttgart Surge was there from the beginning. The question for the Fans and the franchise will be: What is going wrong?

After last season, something had to change in the eyes of the fans. Getting a new quarterback in Randall Schroeder was one thing, developing the team and getting it into a track is another matter.

Experienced Head Coach Martin Hanselmann signed several players, including Benjamin Barnes, Darnell Minton or Noah Bomba from the Frankfurt Galaxy. Despite getting some talented players together, the Surge were unable to turn the ship around. Even though the Surge hardly conceded any quarterback sacks, a look at the offensiveline helps identify weaknesses. The runblocking is not working, nor is the pass protection. Not without a reason, the Stuttgart Surge are dead last in rushing, total offense and scoring. Little talent or wrong playcalling?

Just in passing, the Surge are ninth. One reason for that was the talented receiver corps and quick release of Randall Schroeder. Steigerwald, Bomba and Riedinger are making the best out of it. Schroeder, who meanwhile got placed on IR, will need a successor that moves well in crumbling pockets. Dante Vandeven might be the new quarterback to watch. Vandeven got signed immediately after Schroeder went on IR and wants to turn the season around. Tight End Meza, on the other side, has parted ways with the Surge organization. Still: The weapons are there, while the protection remains questionable.

In the defense on the other side, the Surge are tenth in three major categories: Rush defense, total defense and scores against. Against the Raiders, you could understand where the problem lies. Weak coverage, players who do not keep alignment and assignment.

Meanwhile, restructuring in the coaching staff takes place, as well. Martin Hanselmann is stepping down as offensive coordinator, but will remain head coach of the team. Stuttgart Surge's ongoing efforts to recruit a desired candidate for the OC position have not been successful so far, which is why they have now decided, in agreement with Martin Hanselmann, to vacate the position and split it between two people. The former NFL player and coach of the running George Streeter will coordinate the running game, while the current wide receivers coach Fabian Birkholz will pull the strings in the passing game.

Will that help against the Kings?