Surge got a new Linebacker in place to take the league by storm. 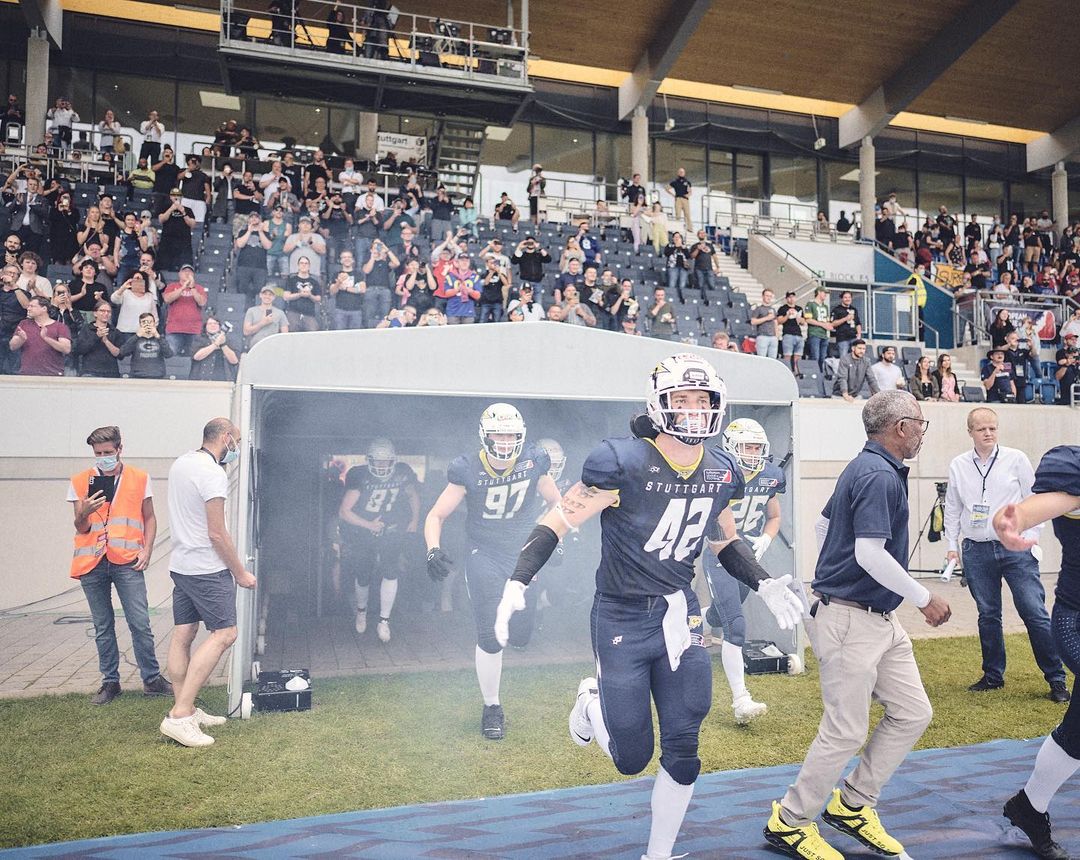 Fans were already wondering why the Surge did not max out their import-spots in the last weeks. With Warren, Meza and Ellis, there were just three imports, regarding the fact that every team is allowed to have four in total. Now, Stuttgart made a move to sign their fourth American import player. With Zachary Blair, a new linebacker is in place to take the league by storm. The 100kg heavy and 1,80m tall linebacker could mean trouble for opposing offenses all over the league. With Dale Warren already in place as a middle linebacker, Zachary „Zack“ Blair could contribute to form one of the best linebacker tandems in the league.

What he brings to the table

Blair is the All-time career leader in the NCAA for tackles for loss with 77.5. In college, he played for the University of Virginia College at Wise Athletics (UVA-WISE) in the NCAA Division II and left his mark everywhere he went. Having played in Italy, Finland, and Poland, he is experienced enough to take the Surge to the next level. Fun fact: Blair is already familiar with the Panthers offense as he played them a couple of times when he signed with the Mets and Lowlanders.

As far as his playing style goes, Zachary Blair is a hart hitting linebacker with crazy athleticism which enables him to play in coverage as well. He is a very good blitzer and reads the offensive line very well. He can work through blocks and get skinny when he needs to.

Where he could play

Having Dale Warren as a middle linebacker, Zachary Blair could take the spot as an outside linebacker or play „Jack“ linebacker to put constant pressure on the quarterback in Andy Meyer’s 3-4-hybrid-system. With Jai Jackson and Mbala as outside linebackers, this group of players is more than ready to take the South Division by storm. Having new quarterback Aaron Ellis under Center who now has more time to get used to the offense, Surge Head Coach Martin Hanselmann should be very happy with his team.

In an important win against the Kings, the Surge regained confidence and could be able to annoy most of their Southern Conference opponents. Blair had five total tackles, two tackles for loss and two pass breakups.