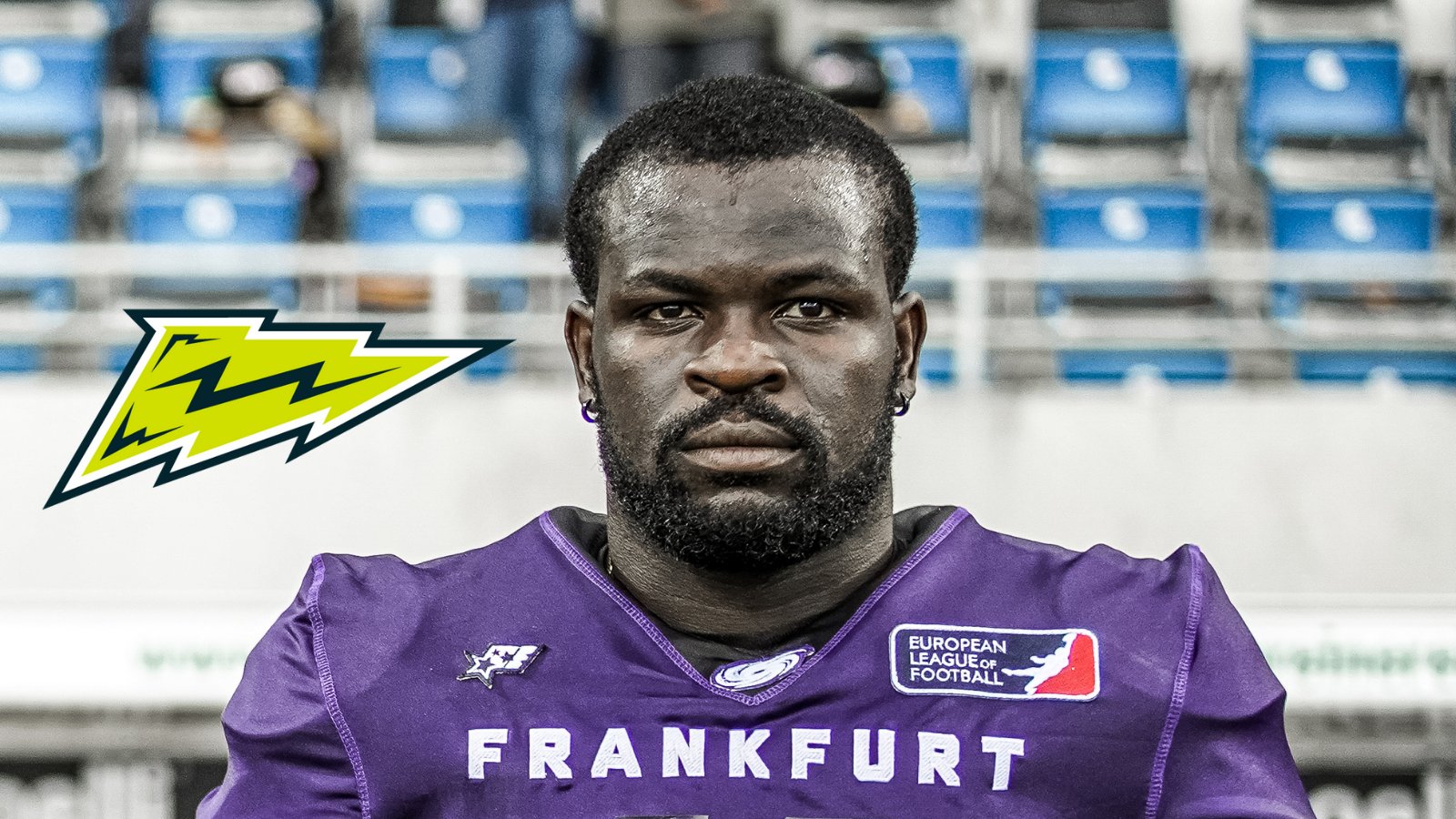 With Precious Ogbevoen comes a strong Austrian linebacker to the Surge. After Benjamin Barnes, Nikolas Knoblauch and Darnell Minton, he is the fourth player from Frankfurt Galaxy to move to Stuttgart and could improve even more in the upcoming season. He had 52 total tackles, six tackles for loss, one sack and even an interception in all 12 games played with the Galaxy and was one of the starters of Frankfurts great linebacking-corps.

"I chose Surge because I want to make the team a winning teamand want to lead them to their first playoff berth and maybe the championship. Therefore I set out to make sure that our defense is the best in the league, that we lead our lead our conference and show the fans that Stuttgart Surge is a championship contender. I think Surge is giving me a platform to showcase my talent, because I think I was overlooked last season."

Like his younger brother Lucky, who played for Surge last year, the Nigerian-born began playing in the strong youth division of the Vienna Vikings. In 2013, he won the European club championship in his first season with the men's team, Austrian championship, and also won the
European champions with the youth. In the final against France, he recorded seven tackles and was thus an important factor in the title win.

Precious was a leader for the Galaxy, while the transfer could hurt the plans of the Champions 2021, despite the fact that they already signed Wael Nasri to their defense.