The Stuttgart Surge have signed another weapon to their offense! 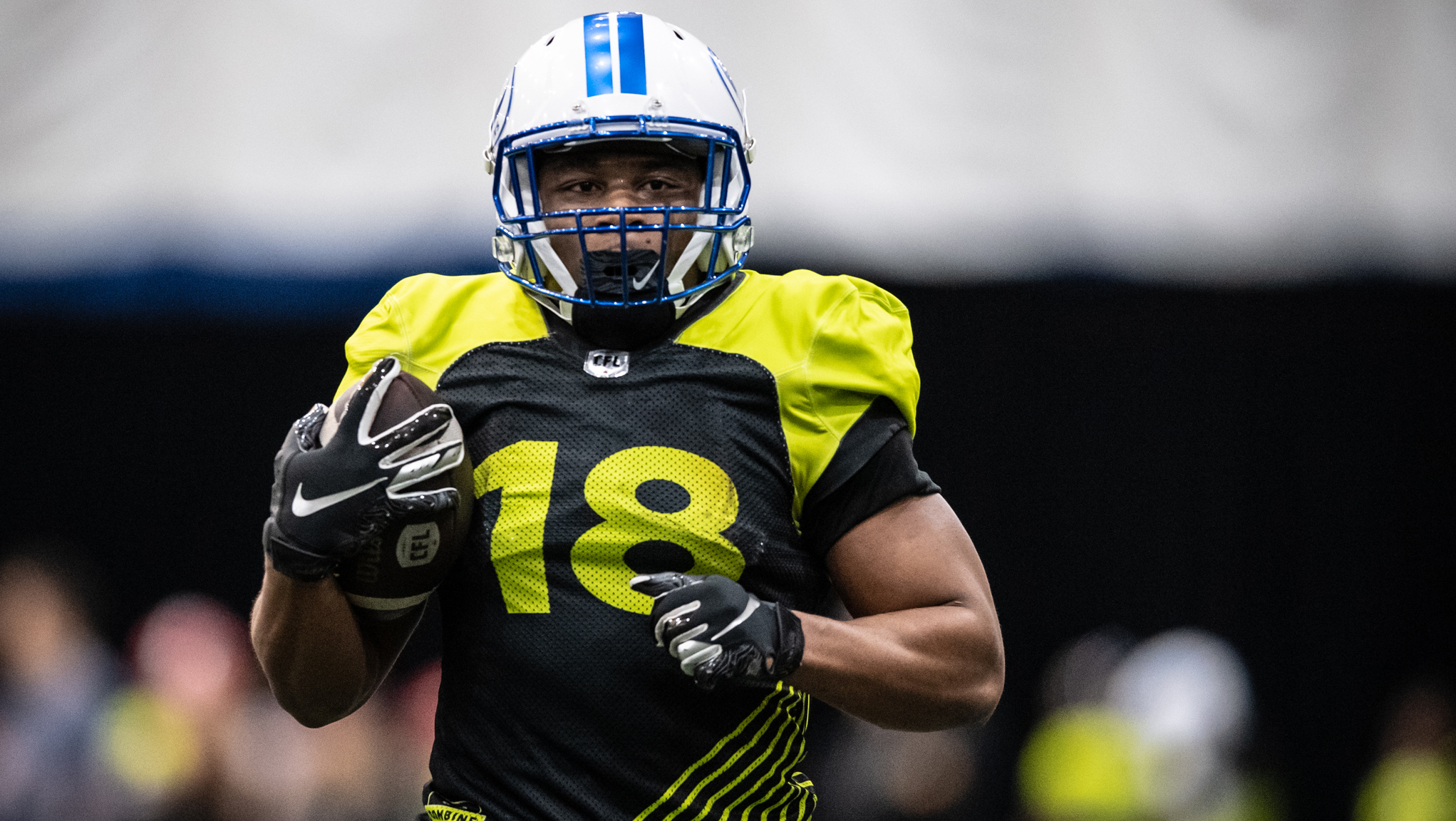 New Surge running back Asnnel Robo during his time in the CFL. © Johany Jutras

Again and again, the Surge are loading up their roster for the 2023. The German franchise just announced French running back Asnnel Robo as a new addition to their offense.

CFL experience for the Surge

The 29-year-old running back has played for the Toronto Argonauts and the Calgary Stampeders in the CFL. Robo was selected with the third overall pick in 2019 and since then played in the Canadian Football League. At 1,73 m and 95 kg, he brings quickness and strenght at the same time. Robo started his career in Marseille before he moved to Canada. The talented French athlete is the first running back that the ascending Surge sign to their roster.

In a press release published by the franchise, Robo expressed his excitement of joining the Surge for their next season. "I am looking forward to play for the Stuttgart Surge in the European League of Football in 2023! During my time in Canada, I always had an eye on how American football grew in Europe and I just want to be a part of it!"

Now, the French running back joins the Surge and American quarterback Reilly Hennessey in the quest to complete their first ever season above .500!