The interception leader of the Stuttgart Surge returns to his favorite city. Ludwig-Mayorga could bring the defensive stability together with already signed athlete Benjamin Barnes. 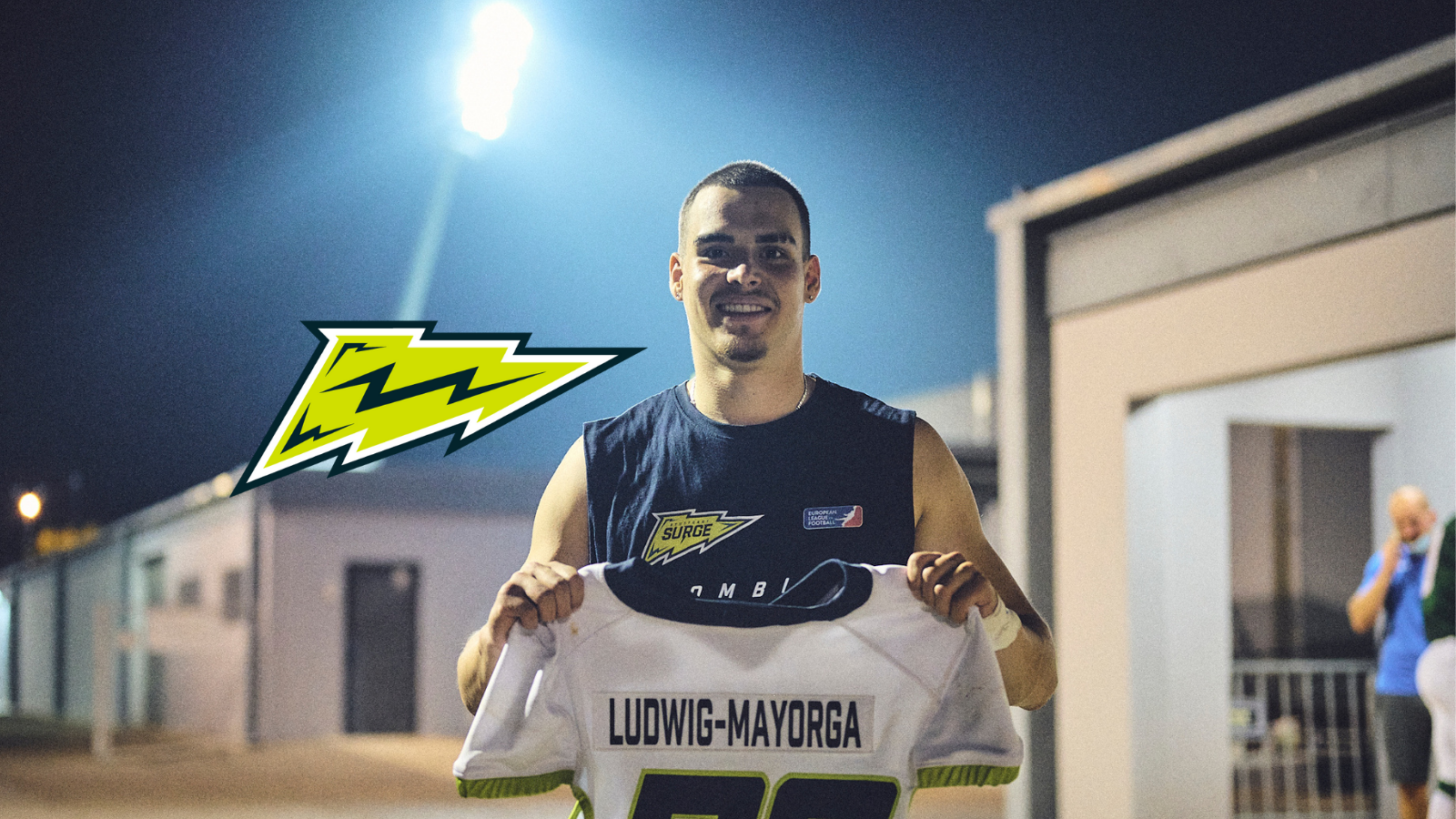 For the upcoming season Stuttgart Surge can keep another important pillar of their defense. The young Julian Ludwig-Mayorga will also wear the Surge jersey in the coming season. In doing so, the safety wants to build on the strong 2021-season as reported. Ludwig-Mayorga could bring the defensive stability together with already signed athlete Benjamin Barnes.

‍
"I'm staying because I've spent my whole life here in Stuttgart and I want to give something back to the city. Besides, there's nothing better than balling with my boys. That's why I'm grateful to have this opportunity and I'm going to get the best out of myself for the next season," he reasons. To do that, he has clear goals in mind: "My goals are to become the interception leader on the team again, gain more experience and generally improve my skills."

‍
The 22-year-old came to American Football in 2013, having previously tried out numerous other sports such as soccer, handball, karate and table tennis. Initially, the Stuttgart native played for the Ludwigsburg Bulldogs before moving to the Pattonville Generals in 2016. It was there that he found his destiny as a defensive back. He had previously tried out as a quarterback, slotback and outside linebacker. He clearly found his best role in playing safety for the Stuttgart Surge. The defensive back had 43 total tackles, 3 Interceptions and played all 10 games for the Surge last season.

"Julian Ludwig-Mayorga was certainly one of the players who developed best last season. That's why it's a great gain for us to have Julian back in our defense. Julian still has so much potential that he can certainly make another big leap in American football. With our Defense Coaches Lelan Brickus and Marvin Washington we have two experienced coaches who can support Julian here and completely recognize his potential", is Matin Hanselmann, Head Coach of Stuttgart Surge, being quoted in the press release.