In the European League of Football, there is no week without surprises and highlights. The devil is usually in the details. We have summarized the most important takeaways for you. 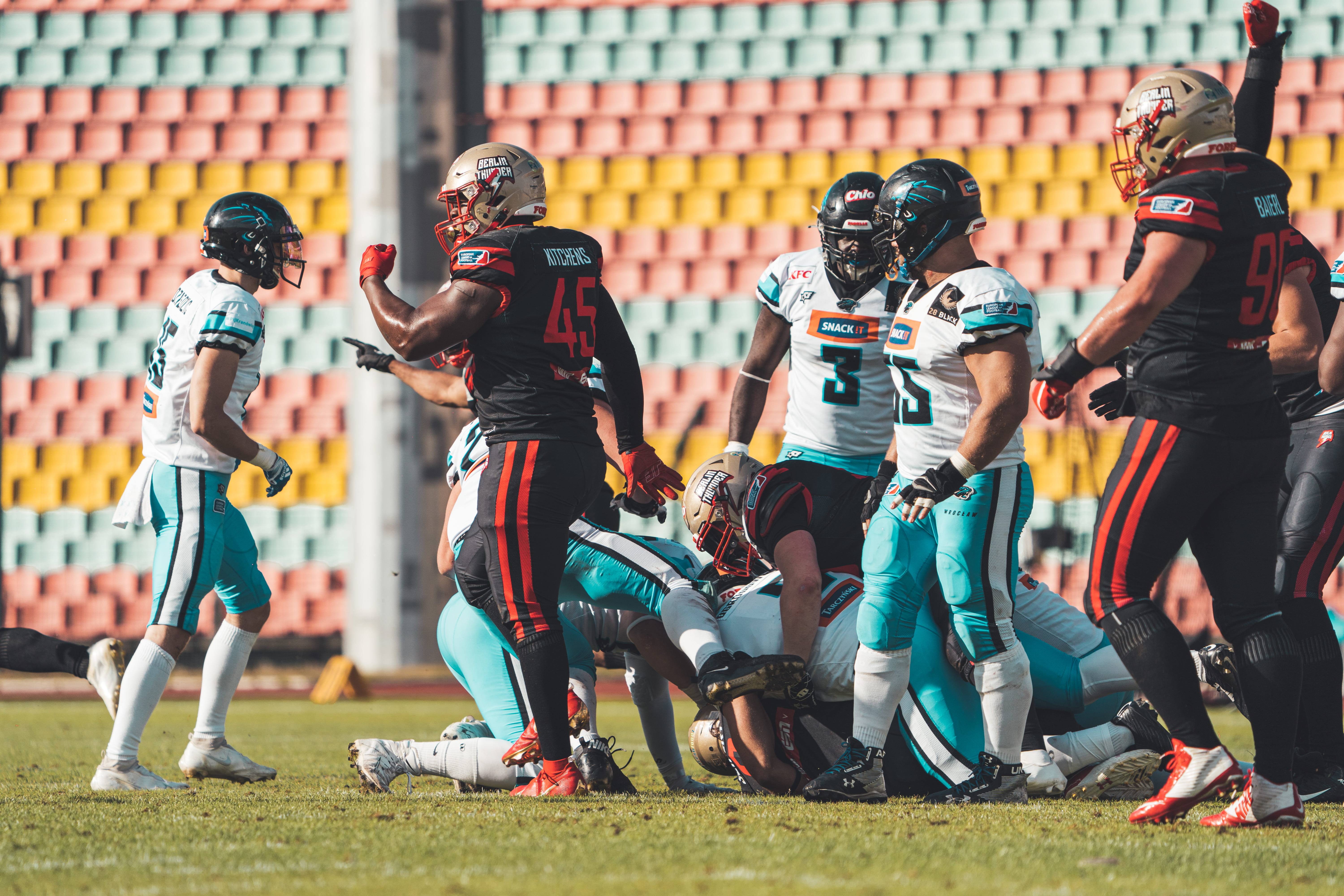 Vienna Vikings can also play from behind

The Vienna Vikings are sitting at 6-0 as the only undefeated team in the European League of Football. By now everyone knows that the Vikings are not to be messed with, but there was one thing that they still had to prove: They never had to come from behind. That changed on Saturday as the Dragons led the game with two scores going into the fourth quarter. But despite playing an undefeated team, the Vikings scored 19 unanswered points, silencing all the critics, and proving that they can succeed in every situation, making them the favorites for the title.

After a surprising 0-2 start to the season, many fans around the league were questioning what was wrong with the Raiders and if they were just overhyped. But since week three, we have seen a completely different team. Outscoring their opponents 121 to 39 in the last four games, Sean Shelton and his team showed that they are just as good as we expected. Scoring 28 points in the first quarter against one of the league’s better defenses shows, that they are to be reckoned with when it comes to the playoffs.

Kyle Kitchens has been flying under the radar for the first four weeks of the 2022 season, only racking up one sack, eight tackles for loss and two forced fumbles. Definitely not bad, but not nearly the numbers we are used to seeing from last year’s Defensive Player of the Year. But in the last two games, Kitchens found back to his 2021 form, adding 6.5 sacks, 9.5 tackles for loss and a strip sack, which he returned for six, to his resume. If Kitchens keeps playing like that, there is no way he will not be in the discussion for the DPOY award again this year.

Stuttgart Surge are beating themselves

On Sunday, the Stuttgart Surge put up a courageous fight against the Galaxy, taking the reigning champion to triple overtime. In the end, though, the Surge came up short again. Things looked promising with Stuttgart leading throughout most of the game, but unnecessary turnovers got them into a dire situation with only 52 seconds to play. After forcing overtime with a miraculous pass that led to a game tying field goal, Stuttgart had three chances to put the game away, but did not manage to score on a single one of them, with Faschian missing two field goals and Vandeven throwing his fourth interception of the day. Things are going uphill in Stuttgart, but they have to reduce unnecessary mistakes, if they want to win their first game after over 365 days.

The Hamburg Sea Devils have been on a tear lately, running over Rhein Fire with 42-15 at home, before beating up the Rams 70-0 in the most dominant performance in the history of the European League of Football. With a high-power offense and probably the best defense in the league, the Sea Devils look ready to take on pretty much every team there is. Already having a two-win lead over the second place Berlin Thunder in the Northern Conference, it seems like Hamburg is a lock for the playoffs this year, barring any unforeseen circumstances.

After tough losses against the Barcelona Dragons and Hamburg Sea Devils, Rhein Fire bounced back this weekend, ranking second in the Southern Conference with a 4-2 record. But with only the conference champions and the best second place team in the league advancing, Rhein Fire would have to fight with the Raiders Tirol for a playoff berth. And they would lose out right now, due to the Raiders having the better point differential. Although Rhein Fire is one of the best in the league, they might just be the odd one out when it comes to playoff participation this year. Rhein Fire either has to rack up the most wins by any second-place team in the league, or drastically improve their point differential, if they want a chance to make it to the post season.