The chinese phenomenon is making his move to play for the Centurions in 2022. 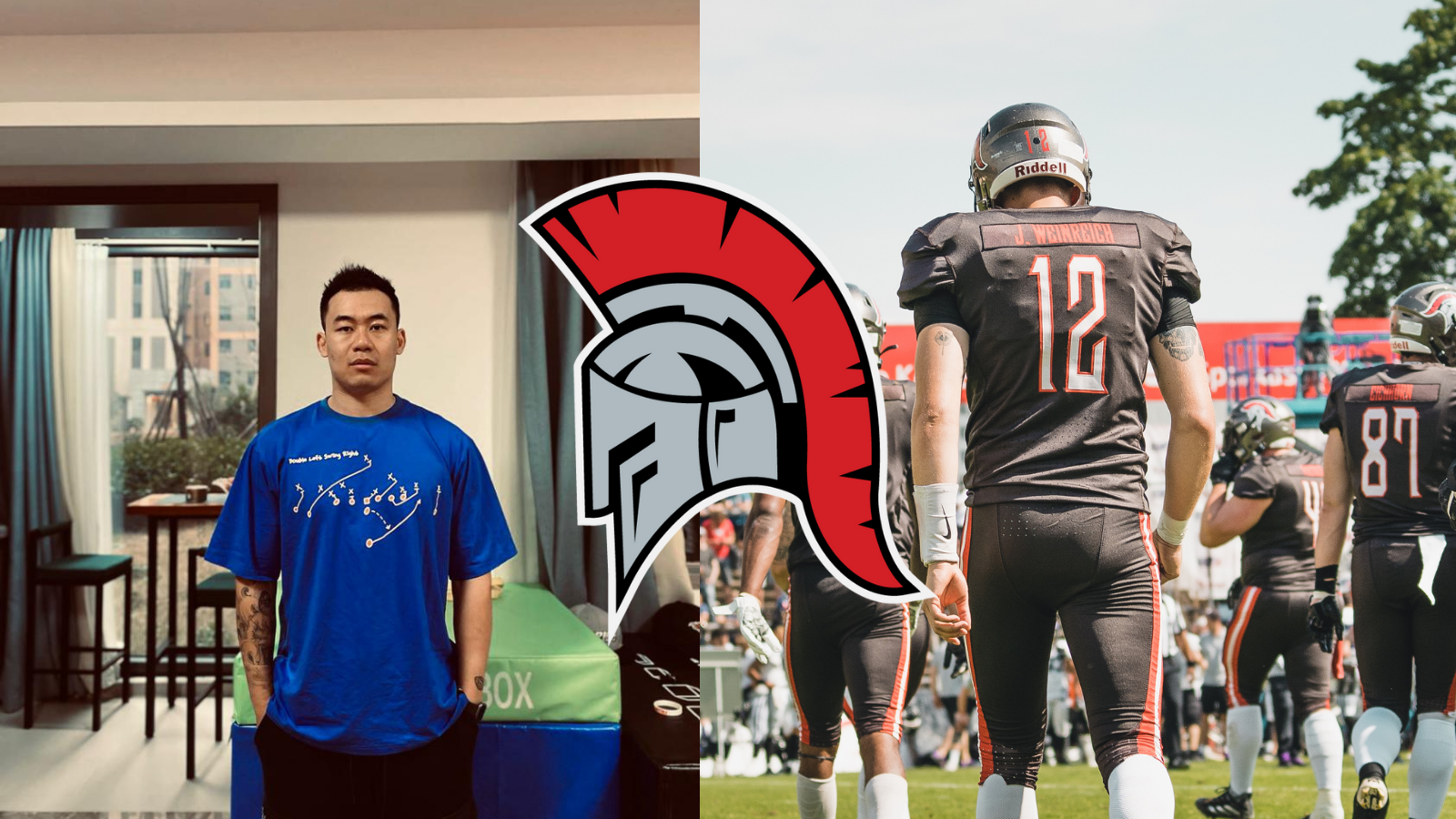 The Cologne Centurions announced the signing of Chinese wide receiver and safety Shida Wang for the 2022 season. The 33-year-old moves from the Leipzig Kings to the cathedral city for one season on loan. He attracted attention in 2018 and 2019 with the Wuhan Berserkers in the Chinese National Football League and was instrumental in the team's CNFL championship. Wang will join the Cologne team in the coming week.

Shida Wang is looking forward to the opportunity to play with the Cologne footballers in the Southern Conference of the European League of Football: „I’m super excited to play for the Centurions. Let’s go work!“

"We are happy for Shida Wang to be active in the European League of Football this season," added Frederick Armstrong, head coach and executive vice president of the Leipzig Kings.
"We wish him all the best in the cathedral city on the Rhine - and are even more excited to have him back with the Kings next season."

„We are very pleased to be able to announce that one of chinas top players, Shida Wang will be able to play for the Centurions this season. We thank the Leipzig Kings for their assistance in making this move possible.“ Centurions General Manager David Drane commented. "Shida is extremely well followed in China where he has been a dominant player in their Leauge and we feel that the European Leage of Football will be a great platform for him to increase the popularity of football and the league worldwide. We look forward to Shida joining our team and know that he will represent not only the city of Cologne but the whole of his homeland China!“

Head coach Frank Roser is also pleased about the new addition: "I'm happy that Shida Wang is a Centurion now. He is one of the top players from China and I look forward to have him in Cologne now. It is a great opportunity for him to prove himself in Europe. I have coached in Asia and I'm very impressed by the discipline and the level of football. I think football in China is on a great way. It's good to see how the game that we love is growing.“
After the 2022 season, the Leipzig Kings expect Shida Wang to be back in 2023.