Centurions HC Heidelberg: "Of course we play to win" 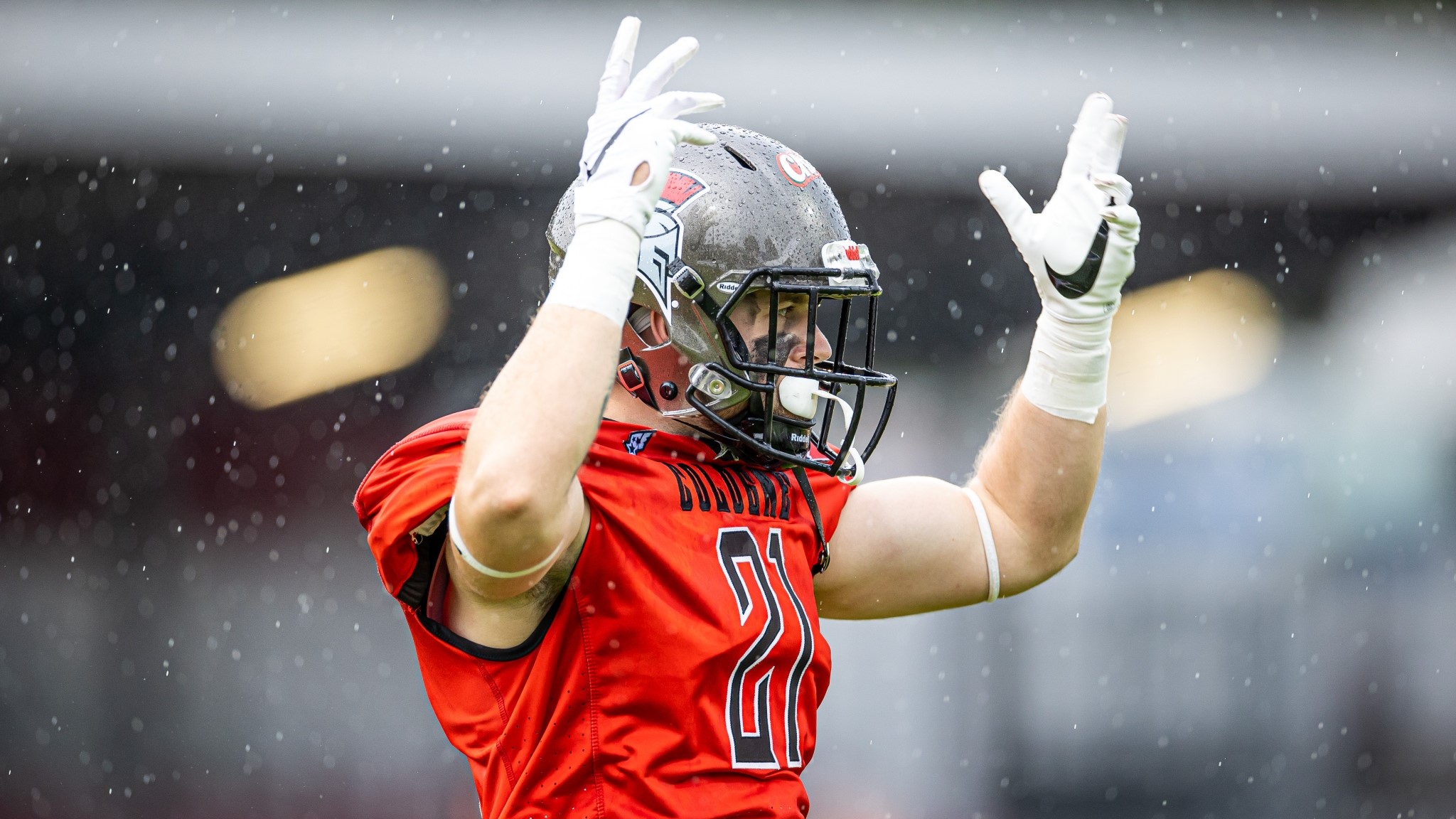 Centurions player René Hanßen on the field during a game. Credit: Łukasz Skwiot

On Sunday, the Cologne Centurions will meet the Frankfurt Galaxy on the road. Since his team has already reached the playoffs, Cologne's Head Coach Kirk Heidelberg would like to give players a chance to prove themselves in the last regular season game who have not been on the field so often before.

After the win against Stuttgart last weekend, you could see a clearly relaxed Kirk Heidelberg at the Ostkampfbahn. The Head Coach of the Centurions seemed happy as well as relieved. After two defeats in a row, the goal of getting into the playoffs was finally achieved. The smile that he wore on his face after the game did not completely disappear during yesterday's training session: “We have finally found our old strength. We played efficient football and forced Surge to make mistakes. Our defense really stepped up and our special teams have always put us in a good field position“, the Head Coach praised his team.

He particularly emphasizes his offensive line: “Hannes [Darley], Fred [Weinreich], Nick [Vienna] and [Niklas] Meiworm do a fantastic job. The team can always rely on them. Offensive liner don't always get the respect and recognition they deserve, but for me they are the real heroes. They are the guys who make everything possible in the first place".

Madre London also agrees with this hymn of praise. The exceptional running back of the Cologne team reached the 2000 rushing yard mark against Stuttgart and was named the MVP of the week for a third time this season: “None of this would be possible without our offensive line and our tight ends. I owe them the opportunity to showcase my skills. "

His Head Coach would like to give players the opportunity to prove their skills on Sunday who are usually in the second row: “We have a lot of great players who are there every training session and give her everything. But there can only be eleven on the field at a time. Against Frankfurt, we would like to try to rotate as many players in as possible and give them playing time. They all deserve it. I'm particularly looking forward to our running backs Andre [Frisch] and Glody Ngovo“.  Backup quarterback Jannik Novak, who came on the field against Stuttgart in the fourth quarter, will also be back: “Jannik [Novak] has already proven that he can lead our offense. He absolutely deserved to play against Frankfurt“.

Defense Coordinator Javan Lennard also came up with some players on Tuesday who deserved to play against the Galaxy from the Main metropolis: “Max [Oebels] is always there and always gives one hundred percent. I'm really looking forward to finally seeing him on the field as a linebacker“.

Fans of the Centurions can be full of anticipation for the game. Because even when it's really all about nothing anymore, Head Coach Heidelberg has a clear approach: “We'll use the game to get better. It doesn't matter which players are on the field. We look at ourselves and we will work on ourselves. Of course we play to win“.