After recovering from an injury, star pass-rusher Kasim Edebali will be back on the field just in time for the European League of Football Championship Game. 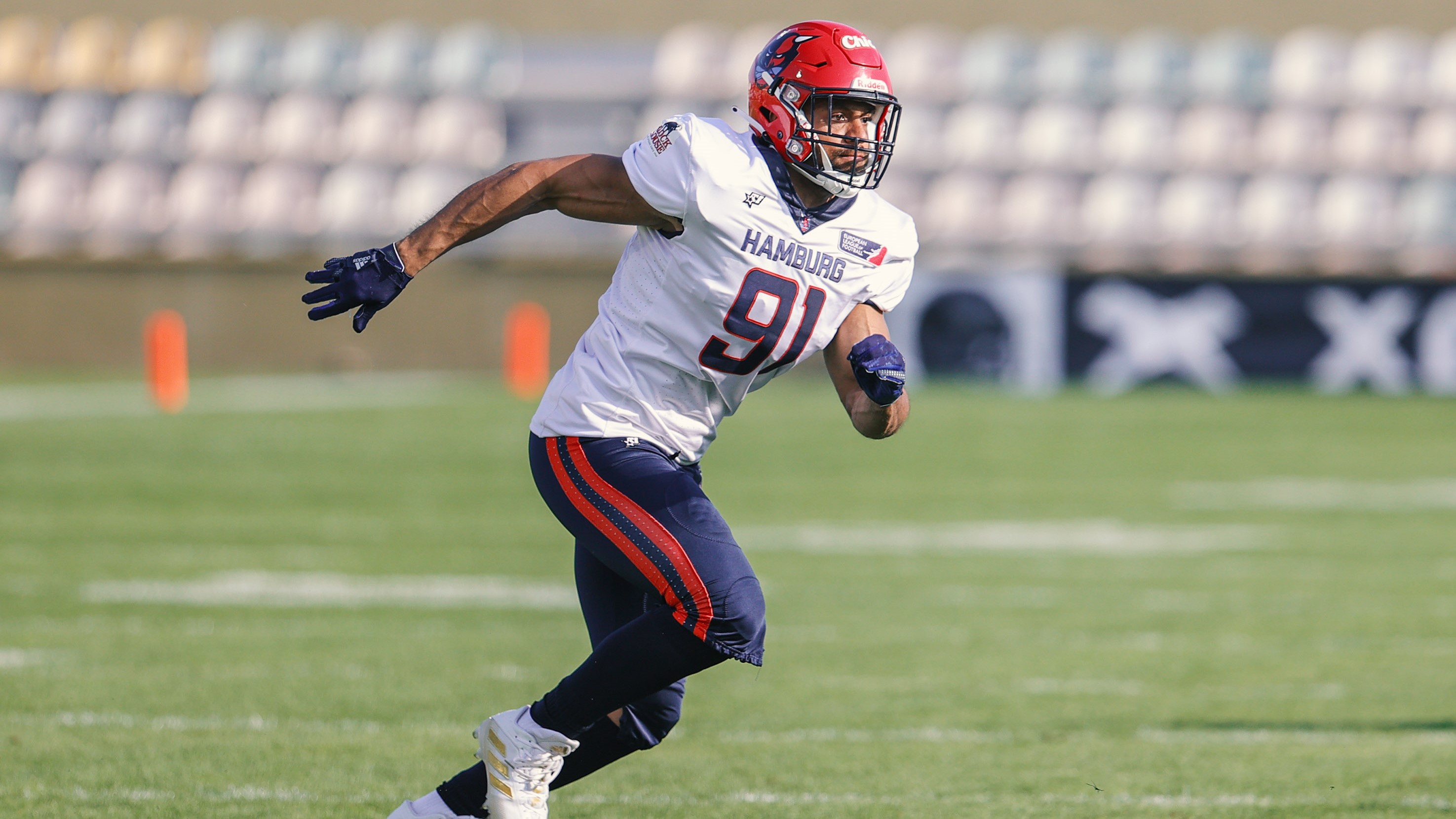 Sea Devils LB Edebali on the field in week three against the Dragons. ©Michael Freitag

According to a press release by the Sea Devils, linebacker Kasim Edebali will be active on Sunday in the Championship Game against the Frankfurt Galaxy. After an MRT-scan on Friday, the team doctors gave him the go for Sunday.

Edebali commented on coming back from his ankle-injury, per Sea Devils’ press release: “I’m ready”. He further added: “Both teams want to win the first ever final ever and will give it their all. But I’m sure that we will get the trophy”.

After getting Edebali back on his team, Sea Devils Head Coach Nommensen could not be more excited. According to the team's press release, he commented: “Just his presence and aura already have an impact. On our team, but also on the opponent. Kasim [Edebali] has played some important matches in his career, with him everyone else around him will be better because of it”.

Now that Edebali is back for the Sea Devils, their pass-rush gets an immediate boost and should push the Galaxy coaches to make some last-minute adjustments ahead of the game on Sunday.

Although Edebali only recorded two and a half sacks, two tackles for loss and six solo tackles over a four-game stretch, defenses focus on him which gives more room to other players on the defensive line to wreak havoc.