Saturday night recap: How the Istanbul Rams silenced the doubters

The European League of Football once again proved to be the most exciting league. 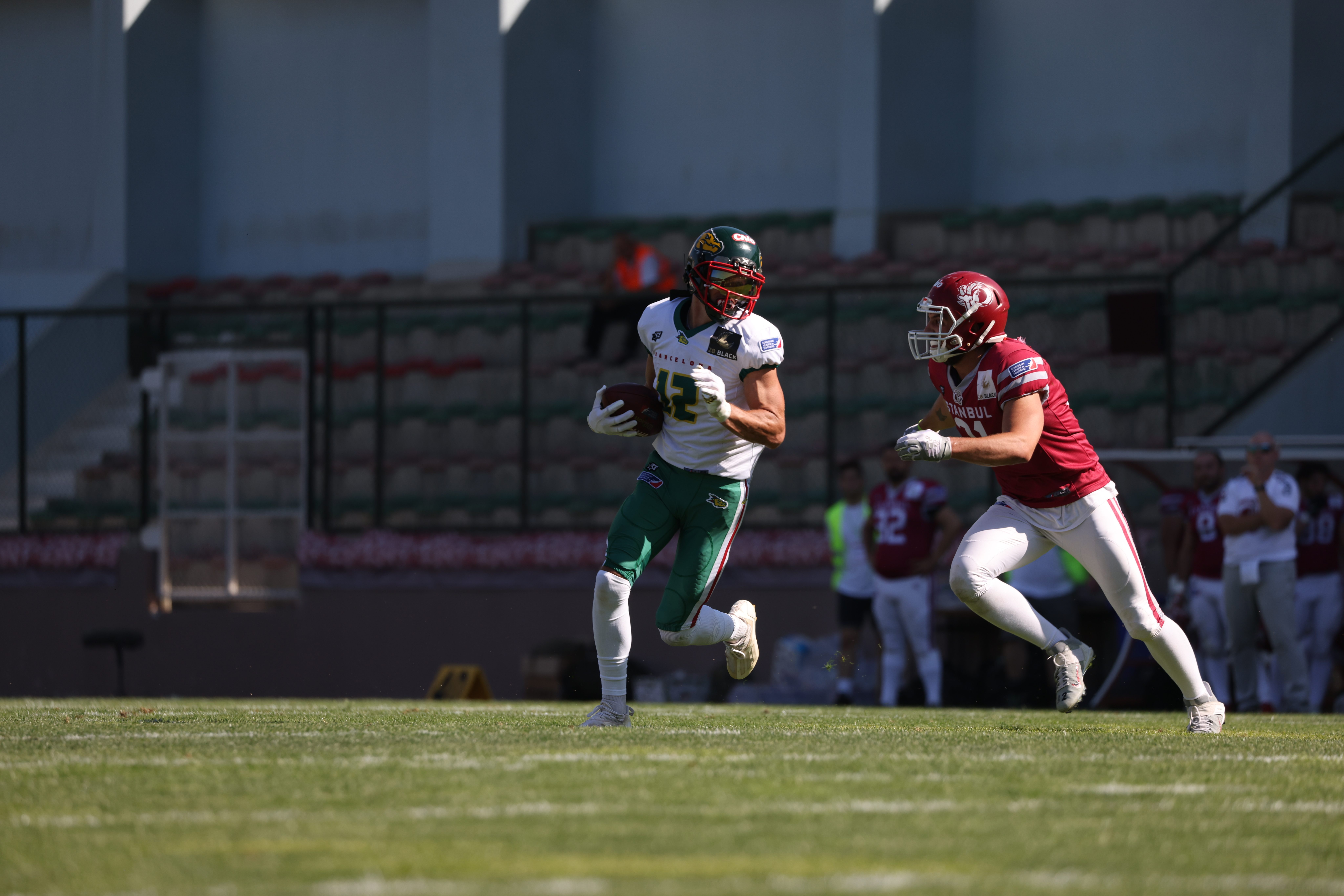 While the European League of Football game against the Barcelona Dragons and the Istanbul Rams seemed to be unbalanced at first, the Istanbul Rams had a way different idea on how to handle that game. They were simply underestimated. The Barcelona Dragons, who were 5-1 beforehand, made mistakes and a one-sidedness approach that had been noticeable in previous weeks to give the Rams their first triumph, securing the most significant upset in early league history.

With a 9-minute drive in the third quarter, the Rams caused trouble for a Dragons defense that made mistakes and gathered penalties in crucial situations all game long. The stats don’t lie for the Rams either. 23 first downs to 14 first downs for the Dragons. 170 rushing yards to only 43 rushing yards by the Dragons. The Rams scheme was perfectly aligned for the Dragons. New quarterback Isaiah Green rushed for 104 yards and a touchdown, Taha Çokadar for 68 yards and a touchdown, wearing down the defense.

The Rams were also partially convincing in the passing game but placed more emphasis on the run. Terryon Robinson, the Rams' new receiver, was the most successful with 85 yards. Zach Edwards played another good game for the Dragons but couldn't carry the Dragons' weak running offense on his own. It is also interesting to note that kicker and punter Sarikatipoğlu hit both of his field goals of 29 yards and 43 yards and placed two punts inside the Dragons' 5-yard line, Tavecchio missed the decisive field goal for overtime. Game deciding.

In the end, the now 1-6 Rams were responsible for their own victory with a lot of heart, grit and a game plan that was heavily focused to beat the now 5-2 Dragons. This Rams game might have been a fluke by a team that underestimated their opponent, but a fluke, as some say, is one of the most common fishes in the sea.