Samel: “Our goal is always to win the game no matter what time of the season or situation” 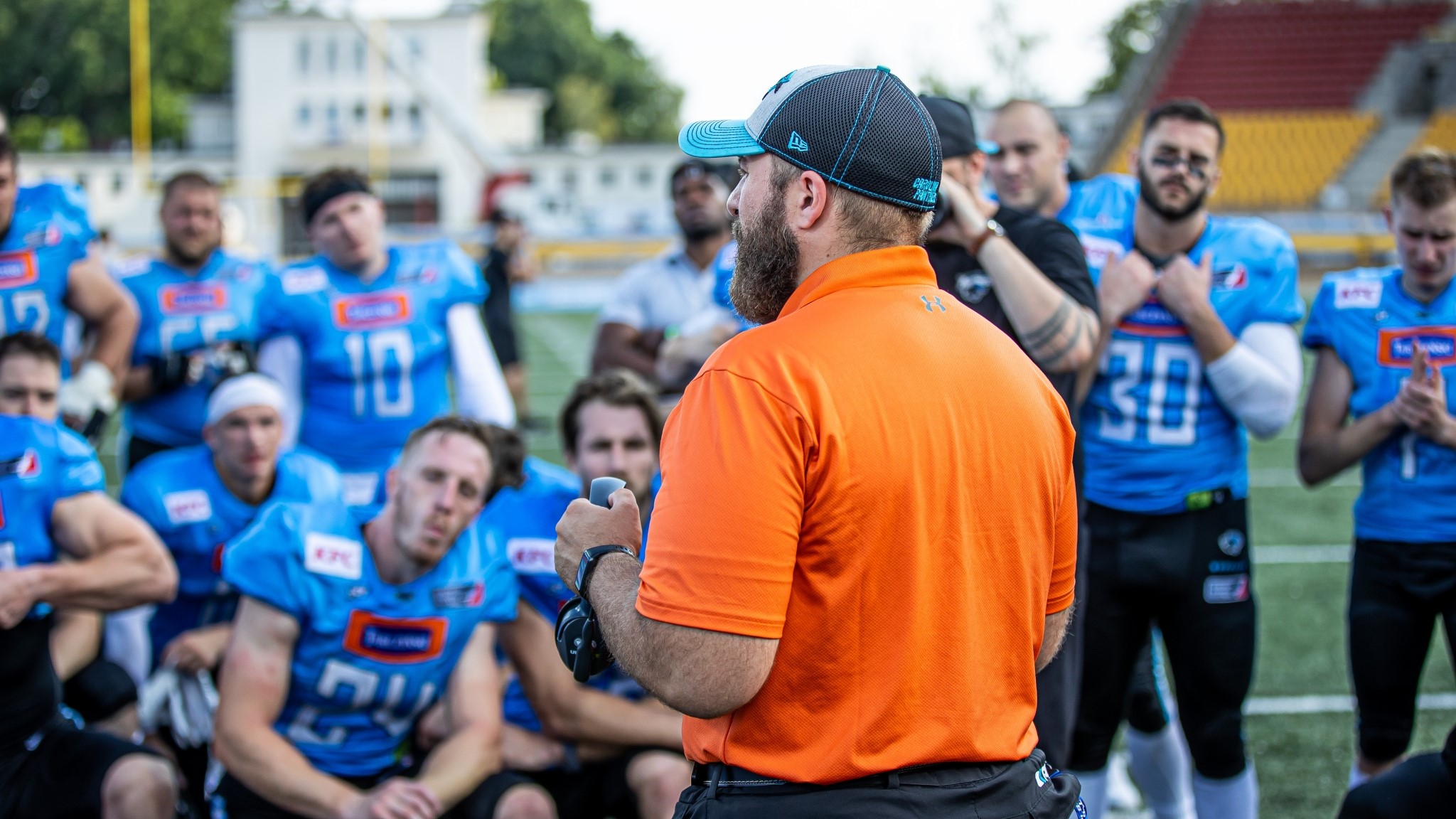 The 4-4 Wrocław Panthers are coming off an important win against the 7-2 Hamburg Sea Devils. With the help of mid-season addition KaVontae Turpin, the Panthers were able to outscore the Sea Devils in the “Game of the Week” last Sunday.

In our conversation, Panthers Head Coach Samel revealed how he evaluates the win against the Sea Devils: “This was a very important win for our whole organization. Winning on the road against a great team like Hamburg is never easy and takes a lot of work and energy. We are happy with the result, but we still saw a lot of things that we need to improve to get to a higher level in every area of our team”.

Samel even touched on the game plan which the Panthers had in mind for Sea Devils: “The game plan was to really win the field position battle and to limit the number of mistakes we made in previous games, so we didn't put ourselves in a bad spot. Hamburg has a great team with a lot of depth so we knew this will be a tight game until the end […].” With a final score of 30-24, it was indeed a close game until the very end.

The Panthers are in a direct battle with the 4-4 Leipzig Kings for the last playoff spot in the North Conference. This week, the Panthers will face a heavily improved team out of Berlin who just beat the Barcelona Dragons with twelve sacks and seven total turnovers of which two resulted into defensive touchdowns.

When asked how the Panthers prepare for such an important game at the end of the regular season, Samel explained his team’s approach: “We have a normal practice week in preparation for Berlin. The record doesn't show it maybe, but they have a talented team with a lot of playmakers”.

Having said that, Samel commented on players that stand out to him on Berlin’s defense: “[…] American players [JaMaal] White and [Kolin] Hill are gamechangers in the secondary and at the line of scrimmage. The defensive front with [Kolin] Hill and the rest of the defensive line plus linebacker no. 52 [Wael] Nasri is a very tough matchup for anyone and I'm sure they will come with a mindset to dominate the line of scrimmage”.

The Polish franchise in the European League of Football has a lot of great players on its roster. Their Head Coach highlighted players like Goran Zec, Karlis Brauns, Przemysław Banat, Jakub Mazan and Hubert Ogrodowczyk in our conversation as players who stand out to him besides their American imports.
‍
As already mentioned, KaVontae Turpin is one of the four Americans on their roster and was just signed to the team before the transfer deadline: “We are very happy to have KaVontae [Turpin] with us. He's a very explosive player on the field that can impact the game on offense and special teams. Off the field, he's a great teammate mentoring and helping all of the players on the team and brings positive energy”.

According to Panther’s Head Coach, his team wants to win and give the fans what they deserve: “This is our last home game this year, so we want to show our fans that supported us the respect they deserve and give them a lot to cheer for. We want to stay focused and keep a high intensity throughout the whole game”.

Do not miss it when the 2-6 Berlin Thunder travel to Poland to face the 4-4 Panthers for an exciting matchup on Sunday at 1 p.m. CEST.