Will Timothy Knuettel lead the European League of Football in touchdown catches again? 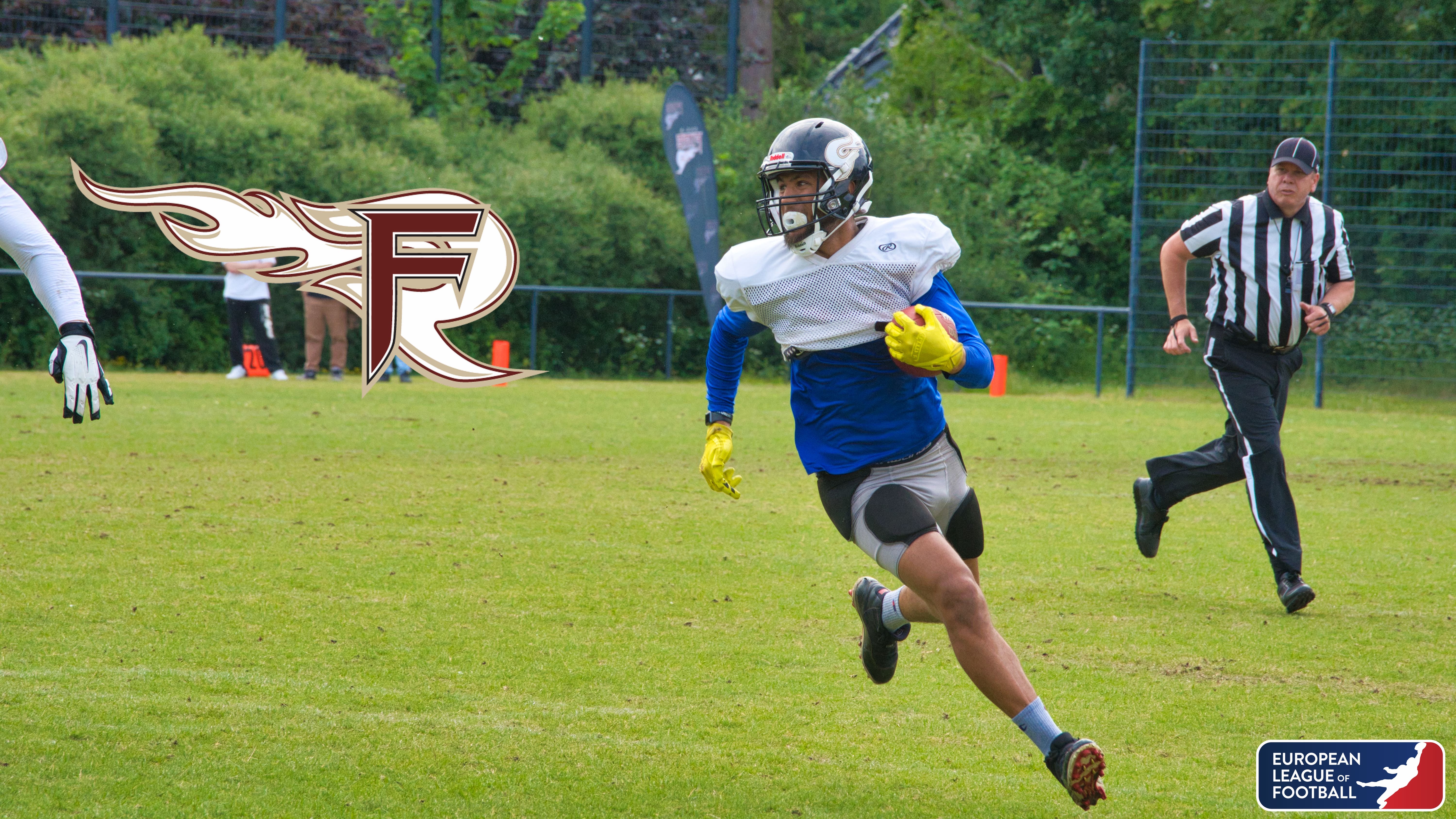 As one of the splashier moves in the past European League of Football offseason, Rhein Fire was able to add former Leipzig Kings wide receiver Timothy Knuettel to their roster for the upcoming season.

In 2021, the talented wide receiver caught twelve touchdowns; the most of any player in the inaugural season. Knuettel also caught 51 passes overall for 701 yards with the Kings over the course of ten total games.

WR Knuettel about his new team: “We just need to find some energy”

At the combined practice with the Stuttgart Surge, Knuettel showed once again what he can do on the football field.

The quick wideout caught two deep passes during a scrimmage phase and was excited to energize his teammates. “Me and Matt [Adam], we just connected. Me and Rohat [Dagdelen] connected. You know, we just need to find some energy and that brought us energy.”

With the addition of wide receiver Nathaniel Robitaille to the Rhein Fire offense, you can expect Knuettel to have another great year in the European League of Football. Both wide receivers are individually great players and will be hard to stop at the same time.

During the interview, Knuettel noted that a former Leipzig Kings teammate is one of the most underrated players on the Rhein Fire offense.

“He’s going to be a great guy coming out the backfield to make big plays for us and somebody to watch out for,” Knuettel commented on French running back Jason Aguemon.

With the wideouts set and Aguemon lining up at running back, quarterback Matt Adam will have a lot of weapons to choose from in 2022!

Rhein Fire is back!

In the interview, Knuettel also talked about his mentality and what he would like to accomplish with Rhein Fire in 2022.

“I mean, first we have to come in and really control our poise,” Knuettel commented on Rhein Fire’s week one matchup against the Frankfurt Galaxy. “I mean, we have to keep our integrity and we just have to play ball. It’s four downs, we have to keep converting, and just keep the ball rolling.”