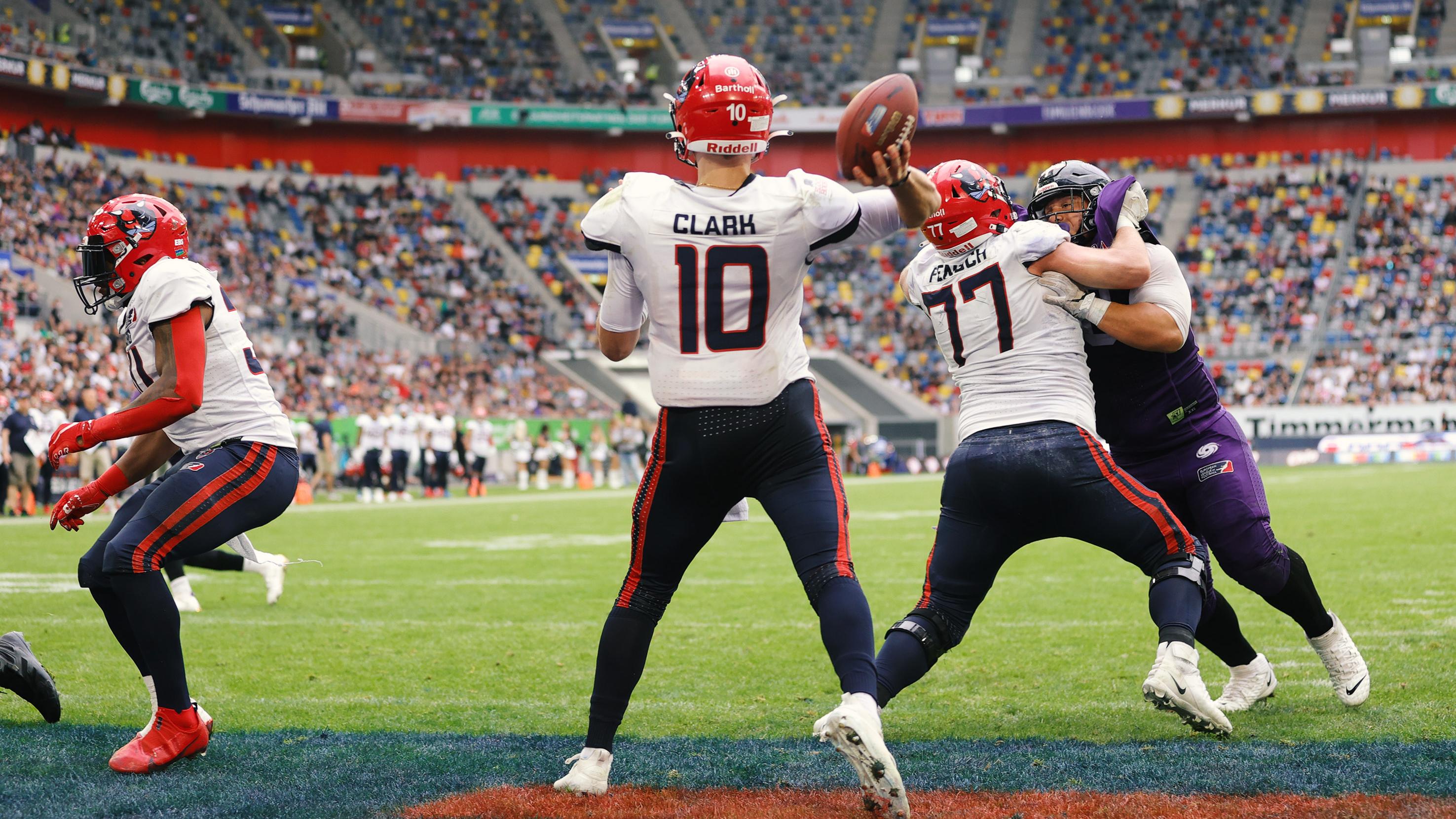 The 4-2 Rhein Fire have signed former Hamburg Sea Devils quarterback Jadrian Clark to their roster for the remainder of the season, as reported by the German franchise.

The move comes as a surprise after Clark has not played for a European League of Football franchise since the Championship Game with the Sea Devils back in 2021.

However, former starting quarterback Matt Adam has suffered a season ending injury and is therefore out for the remainder of the season. This forced Rhein Fire to find an immediate solution.

Clark and the Sea Devils entered the 2021 Championship Game against the Frankfurt Galaxy as the obvious underdogs. Nevertheless, the Sea Devils just lost by two points with the potential game-winning field goal ending up a few yards short.

On Sunday, Clark will face the 5-1 Hamburg Sea Devils at home in Duisburg in his first game for Rhein Fire ever. For the 4-2 Rhein Fire, this could be a make-or-break game as the Raiders Tirol are currently holding the fourth playoff spot.

Looking at the stats

In comparison, Matt Adam has completed 55.91 percent of his passes so far and has thrown for 165 yards, 1.6 touchdowns, and 0.4 interceptions per game.

Although both quarterbacks threw for the same amount of touchdowns per game, Clark has thrown more than one interception per game on average. It will be interesting to see if the former Division I quarterback can correct this number with the Rhein Fire in 2022.

But no matter the turnovers, Clark did not have wide receivers like Timothy Knuettel and Nathaniel Robitaille as premier targets with the Sea Devils in 2021. So, let’s see what he will do against his old team with some new weapons on Sunday!