The Düsseldorf Rhein Fire start the new year with a blockbuster signing at wide receiver! 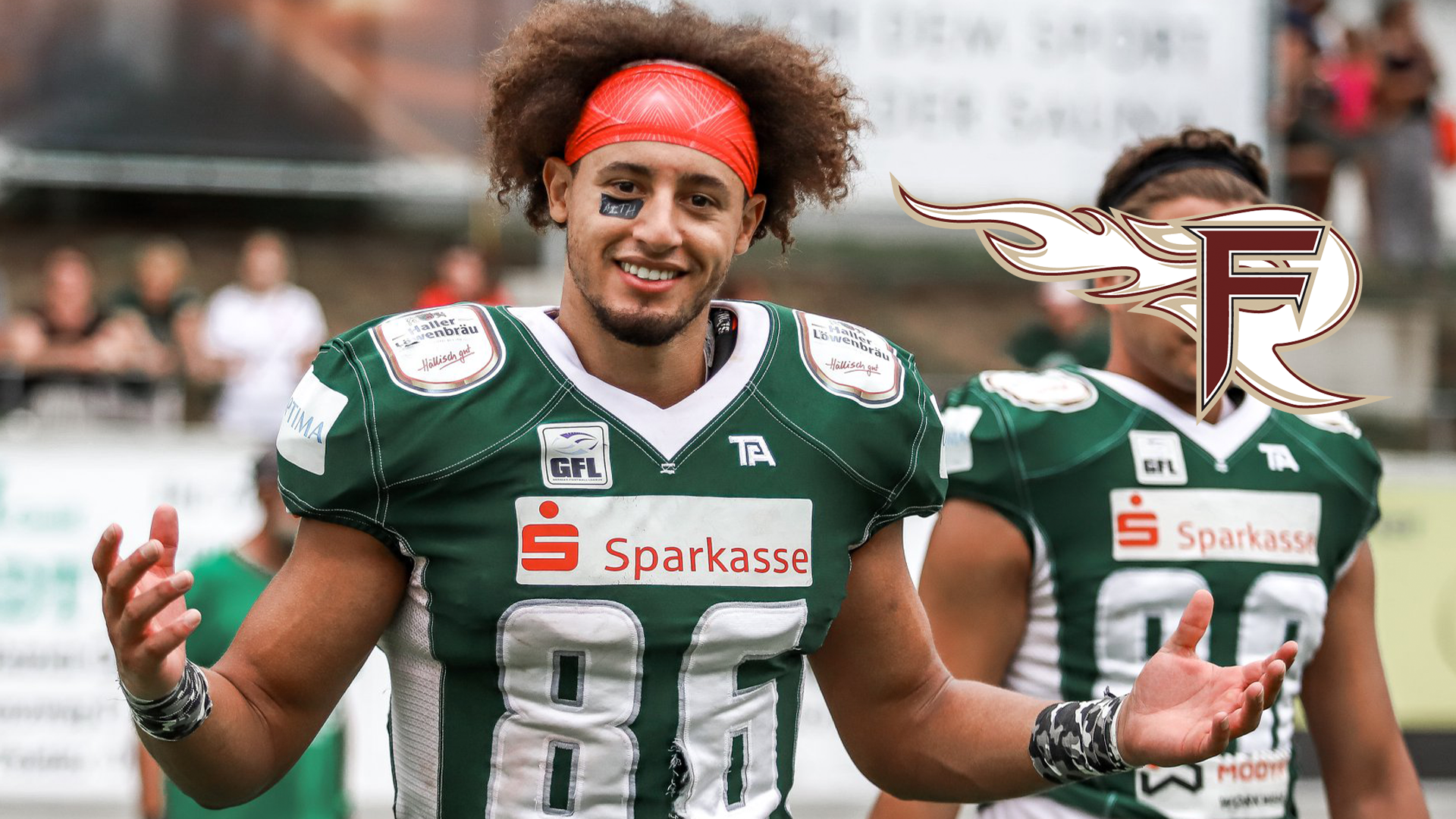 The former Division II wider receiver ended his collegiate career at Stonehill college as the schools all-time leading receiver in every major category. As a result of his production at college, Robitaille played in the first ever FCS National Bowl All Star Game in Miami in 2014, amassing the games overall Special Teams MVP. After graduating in 2015, Robitaille attended two NFL Pro Days at the University of Massachusetts and Harvard University. He even took part in the 2015 Chicago Regional NFL Combine.

After he was not picked up by an NFL team as a free agent in 2015, he decided to play for the Frankfurt Universe in the German Football League. After one year with the team, the American playmaker decided to take his talents to the Schwäbisch Hall Unicorns. There, Robitaille recorded 3597 receiving yards and 53 receiving touchdowns from 2017 to 2019. On special teams, he returned 71 punts for a gain of 898 yards and two touchdowns and 38 kick-offs for 1324 yards and five touchdowns.

After playing for the Seinäjoki Crocodiles in the Finish Maple League, Robitaille comes back to Germany to play for the Düsseldorf Rhein Fire in the European League of Football. He will join forces with players like running back Jason Aguemon, offensive lineman Nick Wiens, and fullback Patrick Poetsch to start Rhein Fire’s first season in the best American football League in Europe.