Klemm: “The first step will be to find a suitable venue” 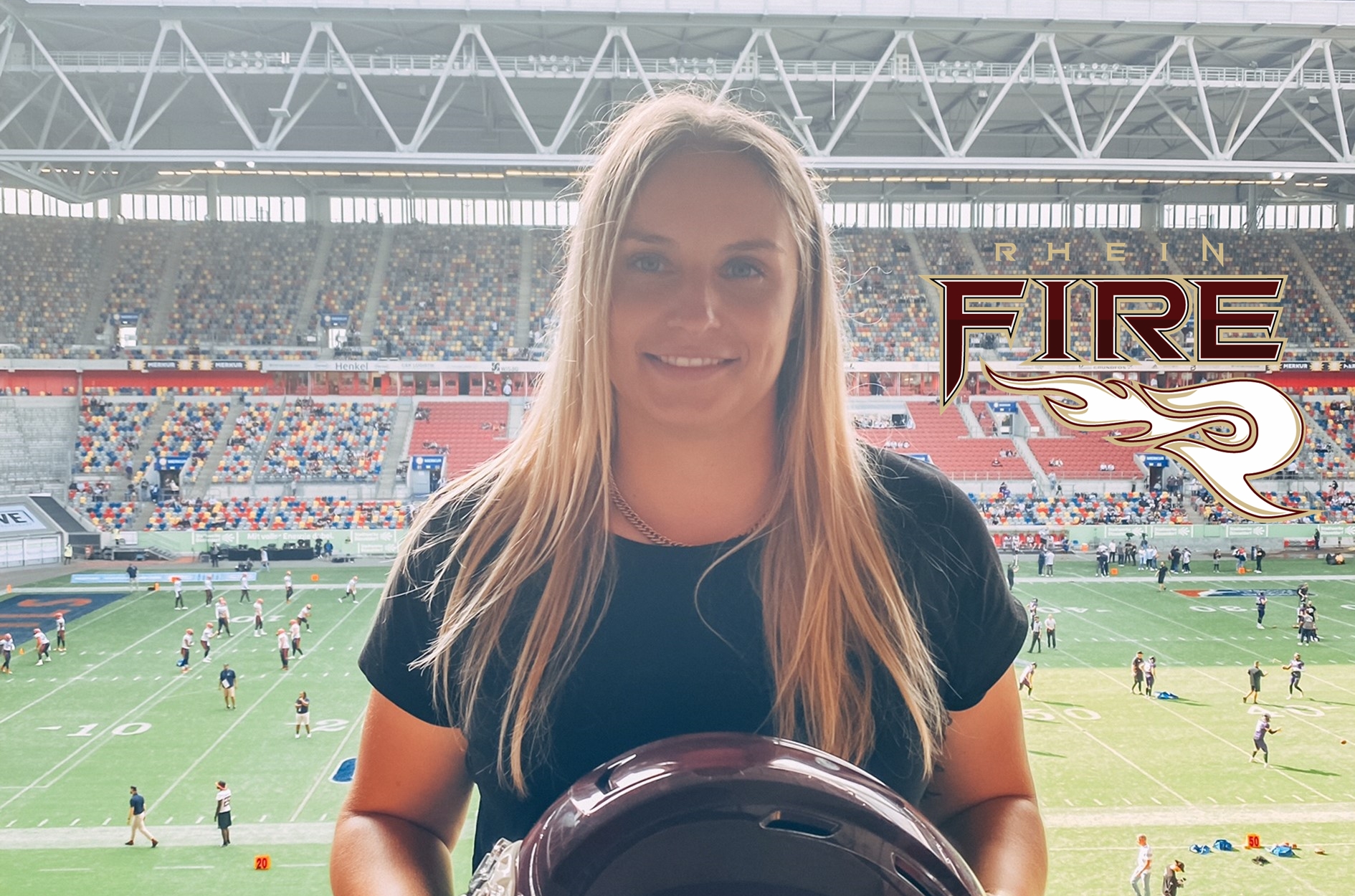 One of the new franchises joining the European League of Football in 2022 will be Düsseldorf Rhein Fire. With their first offseason moves in the making, they already announced Patricia Klemm as the General Manager.

“At the moment I can still not believe it. But I am more than happy that I got this amazing opportunity”, Klemm explained. Heading into the first offseason, a familiar name of the NFL Europe will come back to life.

Because of its rich history, Düsseldorf Rhein Fire not only rings some bells for a lot of fans, but also for the new General Manager Klemm: “When Martin called me and told me all about it, I was super excited. Memories have come up. My first ever football game was the World Bowl 2005. It was there that I encountered Rhein Fire for the first time as I was gifted a fan jersey”.

Next to many other offseason moves, Klemm pointed out that finding a suitable stadium for the 2022 season will be one of the first and most important moves as the General Manager: “The first step will be to find a suitable venue. Here, we are currently in close coordination with D.LIVE and the city of Düsseldorf. For us, a dream would come true playing at MERKUR SPIEL Arena. We are confident that we can offer our fans the best possible game day experience no matter where it will be in the end”.

Thinking back to the first ever Championship Game in the European League of Football, over 22,000 fans shouted the name of Düsseldorf Rhein Fire when the franchise was officially introduced to the league at halftime. Klemm felt ecstatic when she heard the fans cheer for her franchise: “I got goosebumps all over. It is incredible how many supporters are out there. Our Instagram page got 5,000 followers in less than 72 hours. I am really looking forward to our first kick-off”.

After the first season in the European League of Football, a lot of fans are already looking ahead at 2022. We asked Klemm what the fans of Rhein Fire can expect: “We are currently in talks with many [coaches]. Due to the excellent networks, we are confident that we will be able to put together a powerful crew. The first position trainers will also be presented at short notice and on a weekly basis”. Klemm added: “We also want to raise the bar for professional football for our players, coaches, and fans. In this respect, we are in the process of building up a medical department”.

Despite all the news out of Düsseldorf, it is also worth mentioning that Klemm is the second female General Manager next to Berlin Thunder General Manager Diana Hoge. Klemm explained that it makes her more than proud to represent women in a job mostly dominated by men: “It really makes me proud. There are so many talented women who are currently receiving far too few opportunities in this sport. I would be happy to create an opportunity to give other women access to this league. Whether in the front office or as coaches.

At the end of our conversation, Klemm talked about her brother who got her in contact with American football and ignited her interest in the sport: “Thanks to my brother Mathias Klemm who made me immerse myself in this sport so intensely to get this opportunity. A big thanks also goes to the shareholders who give me the confidence to exercise this position”.

It will be interesting to see what the next moves in Düsseldorf will be with Klemm in position to make moves in her first offseason as the General Manager.