During a practice session, Rhein Fire defensive back Daniel Duah suffered an injury that will force him to miss the start of the 2022 season. However, the former Division I player does not want the injury to stop him from having a breakout year! 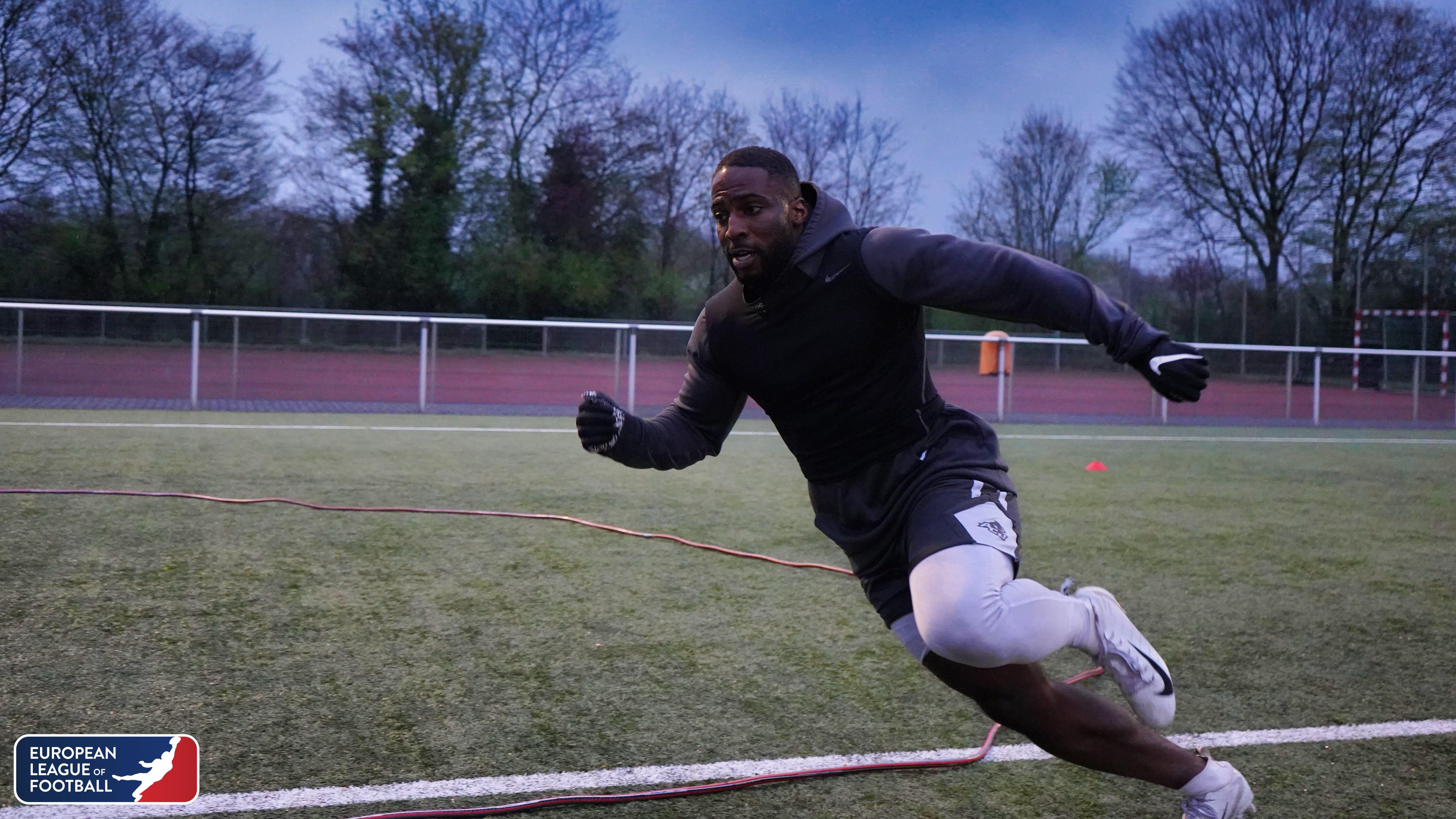 One of the most promising German players in the European League of Football, Daniel Duah, suffered an injury during a practice session and will miss the start of the 2022 season.

During an interview, Duah explained that he’s currently doing everything he can to be back on the field. “I’m doing everything in my power to come back to the field as soon as possible,” Duah explained. “People who know me, know that this is just going to inspire me to go even harder. This challenge won’t stop me from being what I’m supposed to be!“

Duah graduated from Abilene Christian University in 2021 before he played for the New Mexico Military Institute from 2017 to 2019. Born in Bochum, Duah has signed with Rhein Fire to play on the highest level of American football in Europe in 2022.

"I take pride in having great and positive impact on my environment. It’s never about the individual, it’s always about the team and what we are aiming to achieve,“ the former Division I player explained. “I’m putting all my efforts into nurturing our team culture and helping my teammates in everything I can to be successful, as we develop together as a team.”

This mindset will certainly help Rhein Fire since most players on their roster will play in their first season in the European League of Football. Being an athlete who is willing to give it all for his team, although he is forced to stay on the sideline, says a lot about one’s character.

Just as willing to give it all for his teammates, Duah is also determined to reach his life-long goal, the NFL. “The ideal situation will be having that standout season that I worked for, regardless of any setback or injury“, Duah pointed out.

He went on to explain that a standout year on the highest level of American football in Europe would certainly help him on his way to the National Football League. “The goal is the goal and that’s getting to the NFL,“ Duah said with determination. “After coming back from playing Division I football, it’s time to open some eyes at the next level and show that I belong there.“

“Oh, I can’t wait for that moment to be here,“ Duah explained his feelings about his first game this year. “I feel like a grenade that’s ready to explode.Trust me, I’m coming back with a bang! My impact on the field will be felt. I don’t like to waste a lot of words, just watch what’s going to happen when I step back on the field!“

At the end of the interview, Duah also mentioned that he has always been doubted but always keeps a positive mindset to fulfill his life-long dream of playing in the NFL. “I have always been doubted. [But] speaking of ideal situation, it would be making that jump to the NFL through the IPP program like my friend and former teammate Aaron [Donkor] or through free agency and establishing myself as a playmaker there!“

No matter the injury, Duah is preparing for a breakout season with Rhein Fire this year. “I can’t wait to hit the field and show the world who I am. Stay tuned!“.