While the Hamburg Sea Devils defense was hunting all day, the Leipzig Kings had flashbacks from 2021. 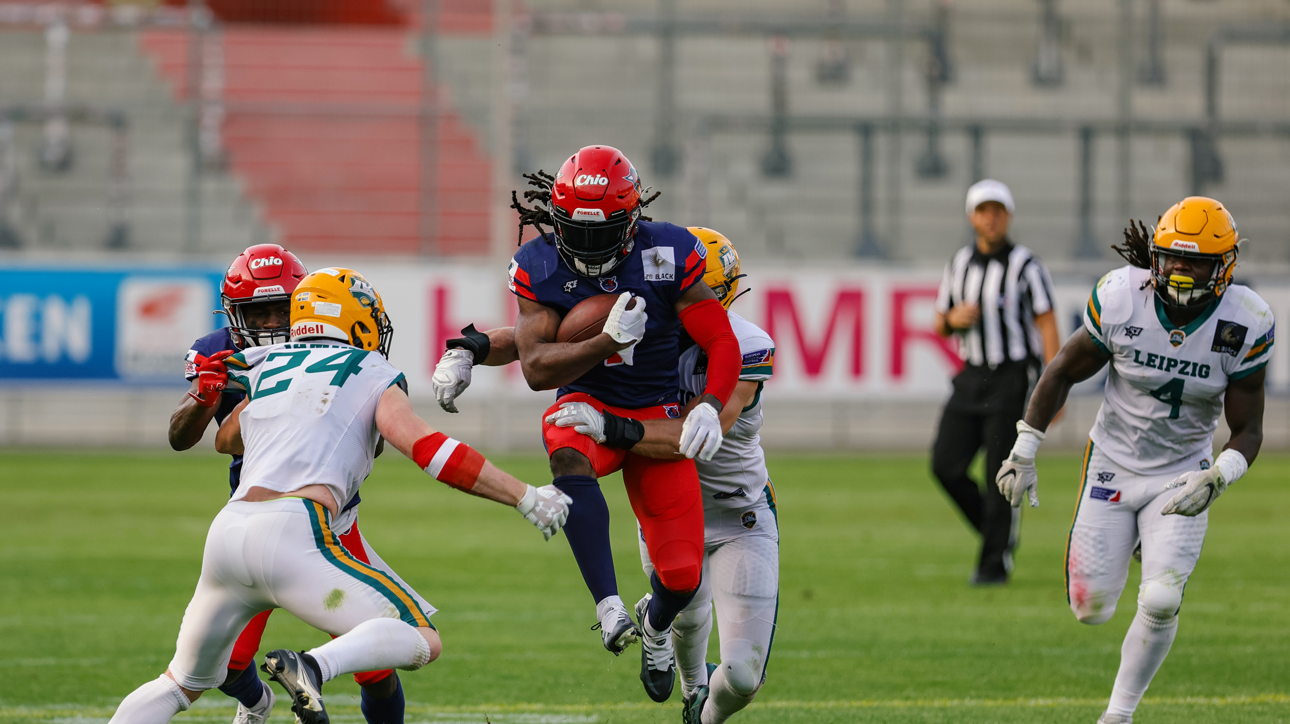 Glen Toonga had the Sea Devils on his back. © Michael Freitag

Clear winner in the 33 degrees warm LEUNA Chemie Stadium in Halle: The defense of the Hanseatic franchise. With three interceptions – one by Rogers and two by Kevin Fortes – and zero points allowed, the defense made a clear statement in the conference.

‍
After a 0-0 halftime score, it were the Sea Devils who scored after an interception by Justin Rogers and a subsequent touchdown by Glen Toonga. The running back then finally provided the final score in the fourth quarter.

‍
"We had to look in the mirror after last week. This week we made a statement where we dominated at the line - on both sides of the ball. We know there is room for improvement, but for the next 24 hours we enjoy the win and then we are ready to do the same next week," explained Glen Toonga after the game, already looking at the Panthers next week.

The good and the bad for the Kings

As the Kings offense was struggling to get a foot in the door, the defense was able to bring pressure to quarterback Salieu Ceesay. With five sacks, eight tackles for loss and 41 total tackles just by Wentland, James and Tavarres combined, the pass rush was there – while the run defense allowed 212 net rushing yards and two touchdowns just by Toonga alone. The Kings could not be satisfied with that.