The Frankfurt Galaxy are on a comeback mission while the Vikings proved their top ranking in the European League of Football! 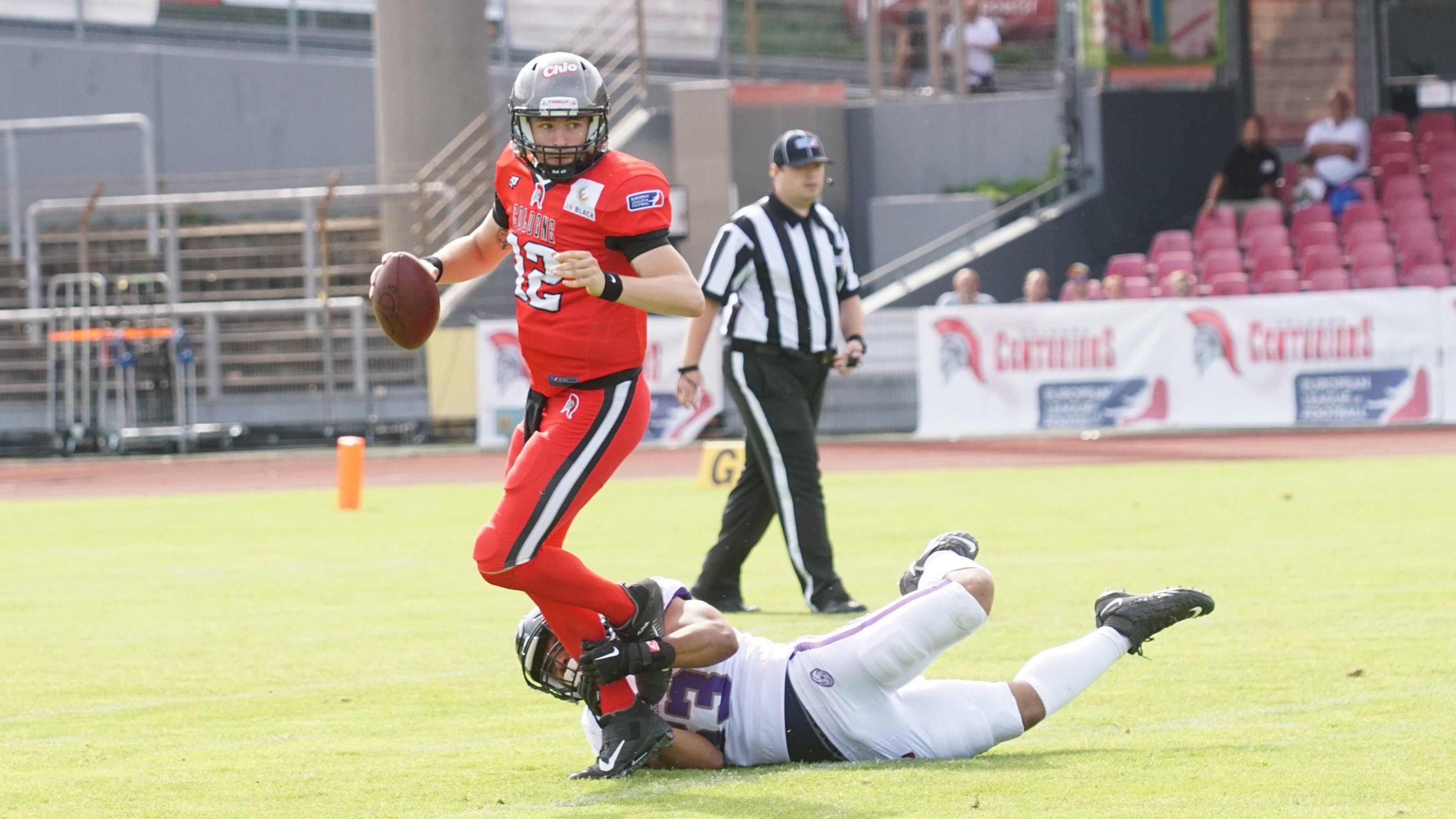 The Frankfurt Galaxy demolished the Cologne Centurions with a final score of 48 –12. With the Galaxy moving on to a 2-2 record, it is the first time the reigning champion does not have a losing record since week one of this year’s season.

And the Galaxy are rolling. In week three, they beat the Panthers with a final score of 47 – 13. So, since starting quarterback Jakeb Sullivan is back with the team after his injury, the Galaxy outscored their opponents with 95 to 25 points.

The Vikings just showed why they are one of the best teams in the European League of Football. With a final score of 49 – 0, the Rams stood no chance against the visiting Vikings.

However, the Rams found a true weapon in wide receiver Devin Heckstall who should be difference maker for the Turkish franchise in games ahead.