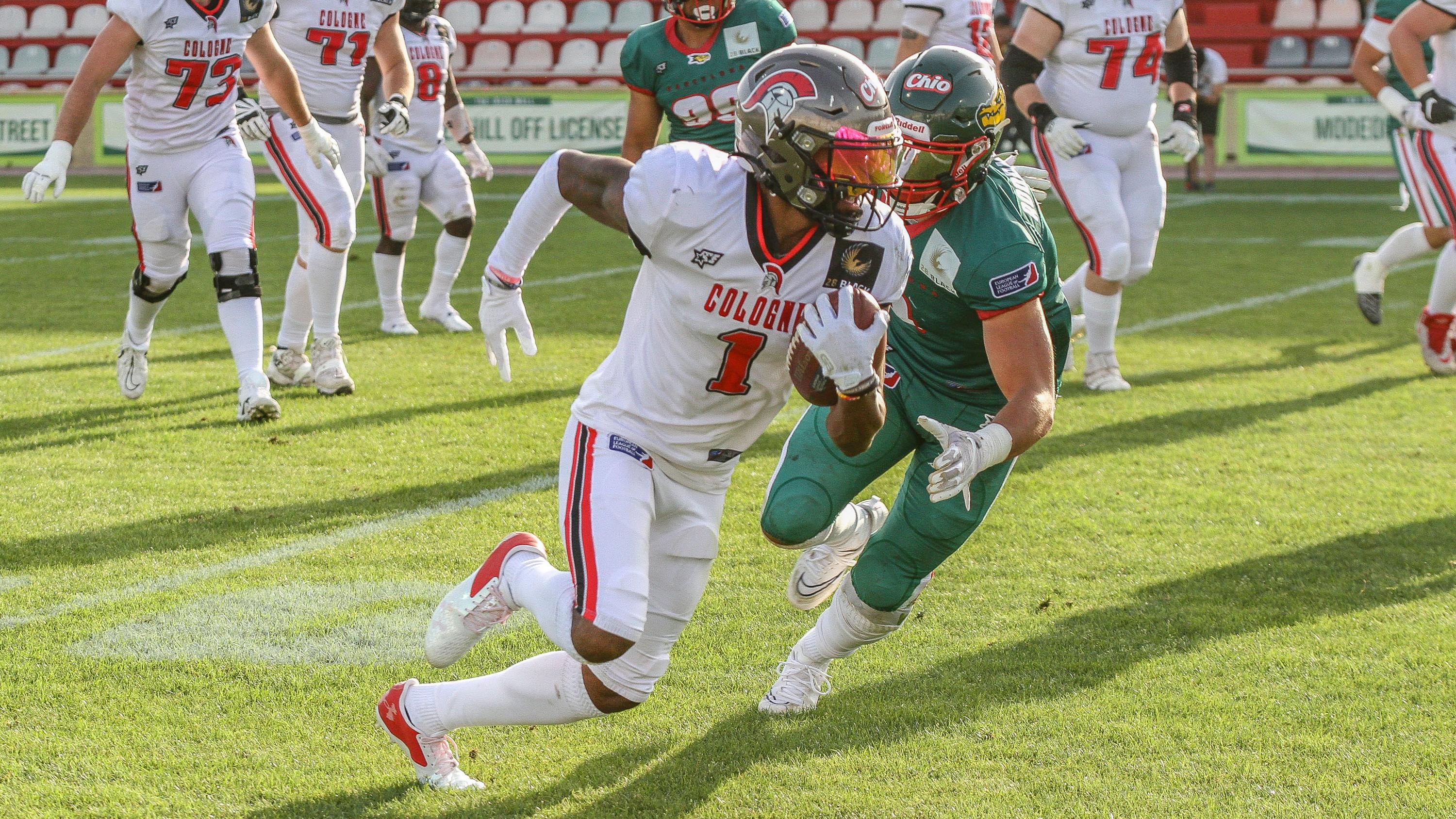 What. A. Game. 66 total points and nine total touchdowns later, the Barcelona Dragons move to 3-0 in the Southern Conference.

With Zach Edwards, the Dragons have one of the best quarterbacks in the league. With over 300 passing yards and three passing touchdowns, the American showed why he was voted Chio MVP of Week 2.

Edwards also proved that he can catch the ball on his touchdown reception thrown by wide receiver Kyle Sweet for the go-ahead score in the first quarter.

With that throw, Sweet ended yesterday’s game with one passing touchdown, one receiving touchdown and over 200 receiving yards on eleven receptions.

The Cologne Centurions were yet again in another close game. But this time, the German franchise was not the lucky team at the end. However, quarterback Jan Weinreich and wide receiver Quinten Pounds worked their magic once again and connected for four touchdowns and over 180 yards through the air.

But with the 34-32 defeat, the Centurions move to 2-1 in the Southern Conference whereas the Dragons sit on top of the conference with a perfect record of 3-0.