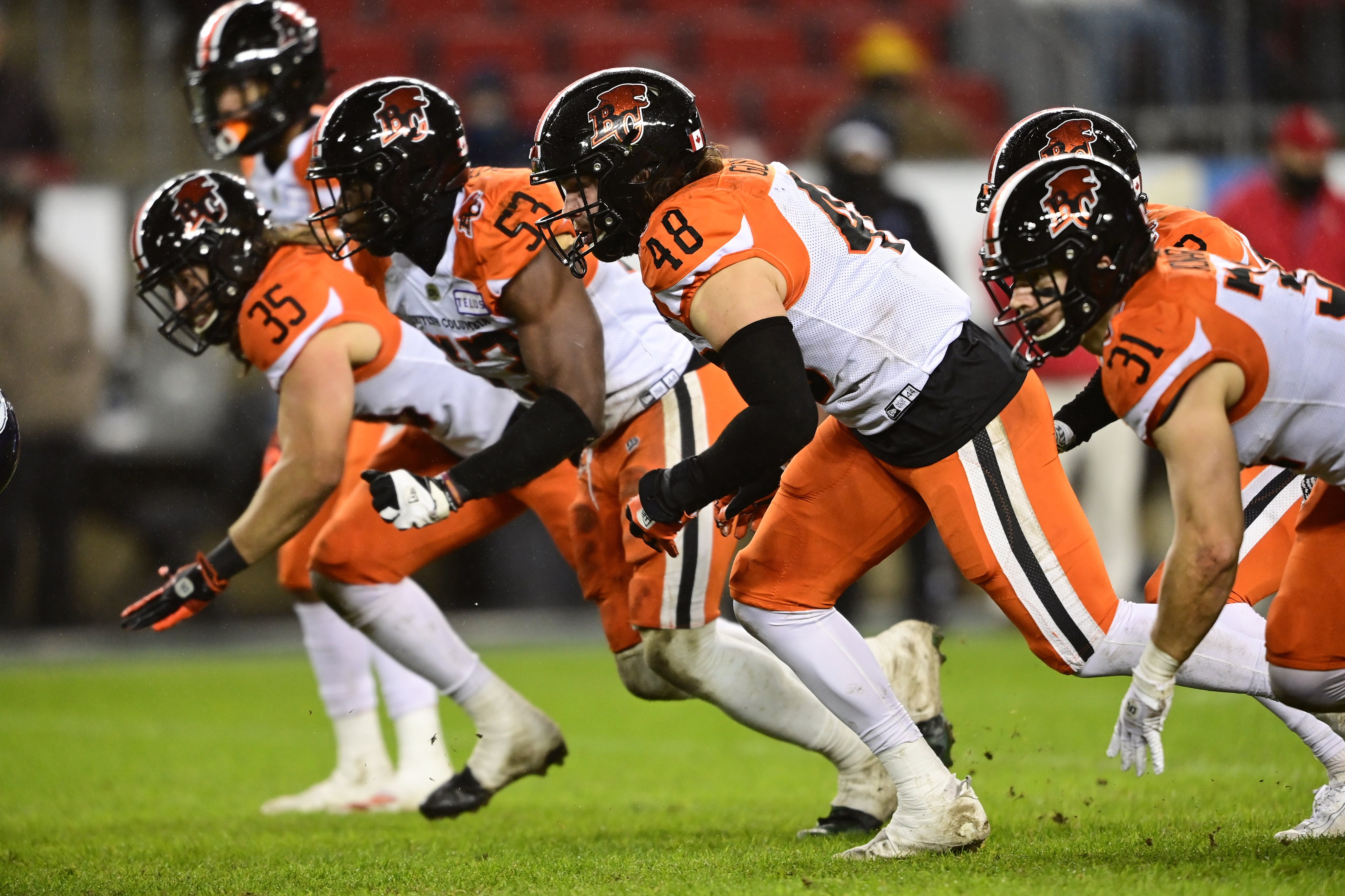 With Derrick Brumfield, Dominique Shelton and Patrick Pilger, the Raiders already have defensive cornerstones under contract. Now they add another two impact players on this side of the ball. After starting to play football in Hamburg, the German talent played a year at a high school before playing for Morningside University for five seasons. During his time at Morningside, he was an All-Conference player for three consecutive seasons, even receiving the conference’s defensive player of the year award. In 2018 and 2019 he won the NAIA national championship with his team. After he graduated in 2021, he left as the schools all time sacks leader.

Gustav is excited for his first season in the league: “I am very happy, to be able to be a part of the Raiders and the European League of Football. The tradition and the values of the franchise, as well as Coach Herron’s vision for his team are things, I can identify with. Can’t wait for the season to start!”

Coach Herron also cannot wait to get to work with his new player: “I am more than happy about Niklas joining us. Without a doubt he is a very talented player. He absolutely wants to play, which makes me very happy. To give up his spot in the CFL, to play for us says a lot.”

But Gustav is not the only high-profile addition for the Raiders. Lithuanian defensive tackle Laurynas Orlovicius will join the team, too. He played in Great Britain, Poland, and Germany before, where he won the Eurobowl and the GFL with Braunschweig. After playing for the Berlin Rebels and in the Spring League in the US, he will play in Austria this season.

The massive tackle is ready for the new challenge: “I had several conversations with coach Herron and I liked that there is an established culture with high expectations for players and coaches. Innsbruck being the beautiful city it is, is the cherry on top for me.”

The Raiders coach thinks Orlovicius will be a great fit: “I am happy about the addition of Laurynas for our defensive line. He is ambitious, which is fitting for us. I have no doubt, that he will bring us a lot of joy with his passionate playstyle. The opposing offensive linemen will have a lot of work to do, when facing him”