Adrian Platzgummer about the Raiders WR group: “Our wide receiver corps is extremely complete as well as diverse” 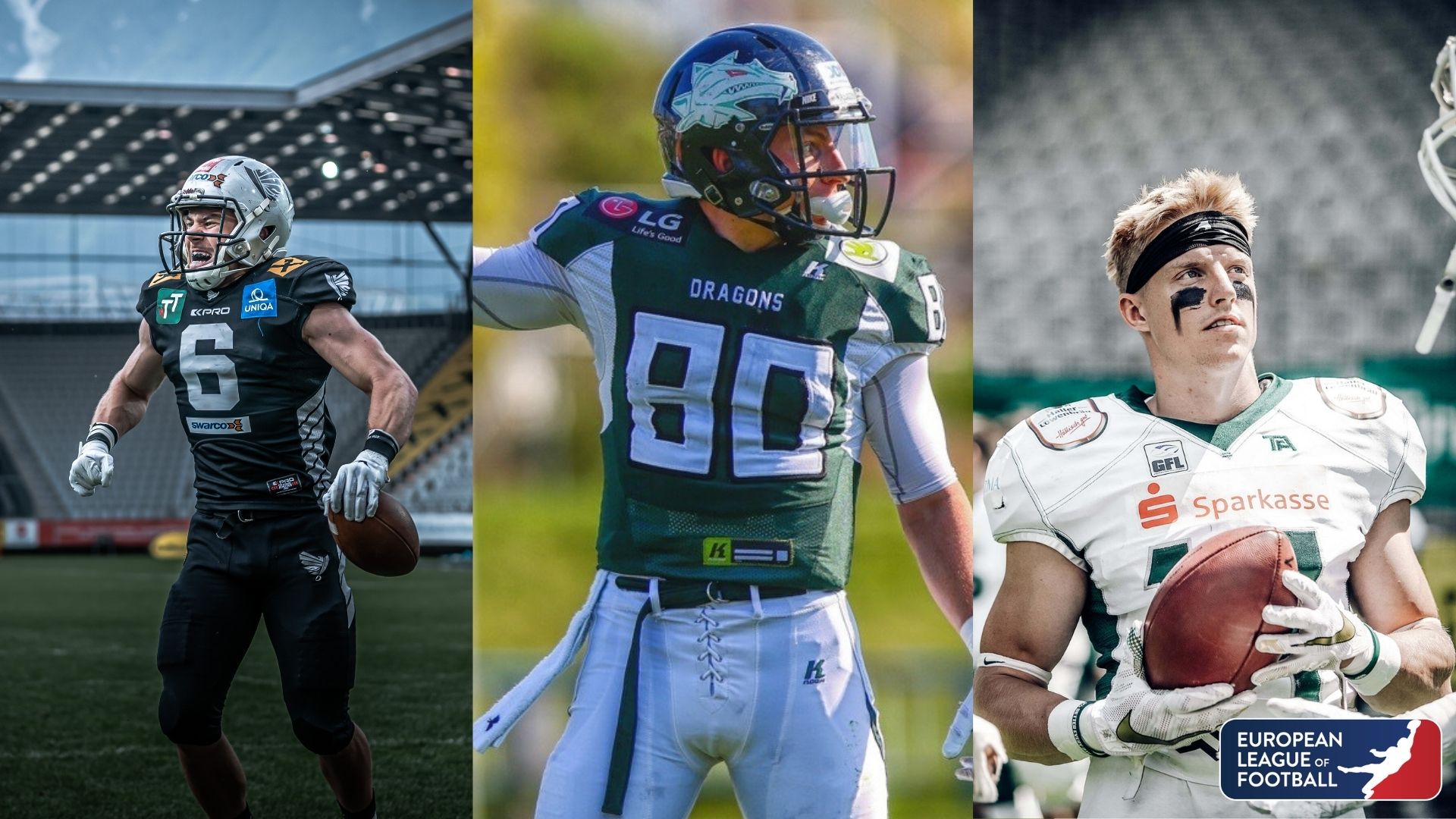 For an offense to work, a quarterback must have multiple pass catchers that are able to make plays when it matters. The Raiders Tirol have several different wide receivers who can do exactly that.

“One thing that everybody has in common is that we are very experienced as players and have played against great competition,” Austrian wide receiver Adrian Platzgummer noted. “Also, we have a lot of leaders and more importantly selfless team players in our group which I believe defines us. We are all Austrians that put the team first in every aspect.”

“I think my biggest strengths as a wide receiver are my speed, explosiveness, and my play-making ability,” Raiders wideout Yannick Mayr commented. “This will help the team to stretch the field and create space for other playmakers.”

Next to Mayr, Fabian Abfalter could surprise a lot of fans around the league, as Platzgummer stated. “Fabian Abfalter would certainly be the most underrated and most overlooked guy in our group, I think. His attitude, his skills, his knowledge, and his consistency make him incredibly valuable."

Platzgummer added that Abfalter could be a well-known player in Europe, but typically does not like to get the attention. “I am 100 % sure he would be one of the more well-known players in Europe if he wanted to be a high-profile guy. Though, he doesn't care about anything but the team and prefers to work hard when no one is watching. He is a true selfless warrior.”

Another sleeper to look out for is Marco Schneider. The 2021 AFL Young Star caught 44 passes for almost 600 yards and 10 touchdowns for the Raiders. With those stats and Sean Shelton as his quarterback, Schneider has a reasonable shot at becoming Rookie of the Year in 2022.

As most of the Raiders wide receiver commented, the Austrian franchise counts as one of the best American football franchises in Europe.

“I joined the Raiders because they are one of the premium organizations in Europe,” Austrian wide receiver Phillip Haun noted. “I wanted to play in the European League of Football because it is the best league in Europe, and I want to play against the best players all over Europe."

Austrian wide receiver Mayr only added to Haun’s comments. “The Raiders have always been one of the best [American] football Programs in Europe. The organization is very professional, and the coaching is exceptional. I think working with [offensive coordinator] Kyle Callahan will help me to take my skills to another level.”

Competing against the best of the best

The Raiders wide receivers are up for the challenge of playing their first games on the highest level of American football in Europe.

“My goal this year is to go to Klagenfurt and compete in the Championship Game. I just want to make big plays to bring my team in a good spot, so we can win,” Mayr commented on his goal for the upcoming season.

Fellow wide receiver Platzgummer again spoke out about the importance of winning as a team.“ I personally never have any individual goals but to be the best leader and captain I can be to my team. My goal for us is to win games and specifically to win the Championship Game in Klagenfurt. The only stat that matters to me is the record.”

How many wins the Raiders will have at the end of their first season in the European League of Football is still unknown. But their wide receivers are certainly up for challenging the best defenders Europe has to offer.

More news around the Raiders here!