With the Leipzig Kings and Raiders Tirol met two teams of the European League of Football that were undefeated at least two games, Raiders even three. For the Raiders, it looks like the streak is far from over. 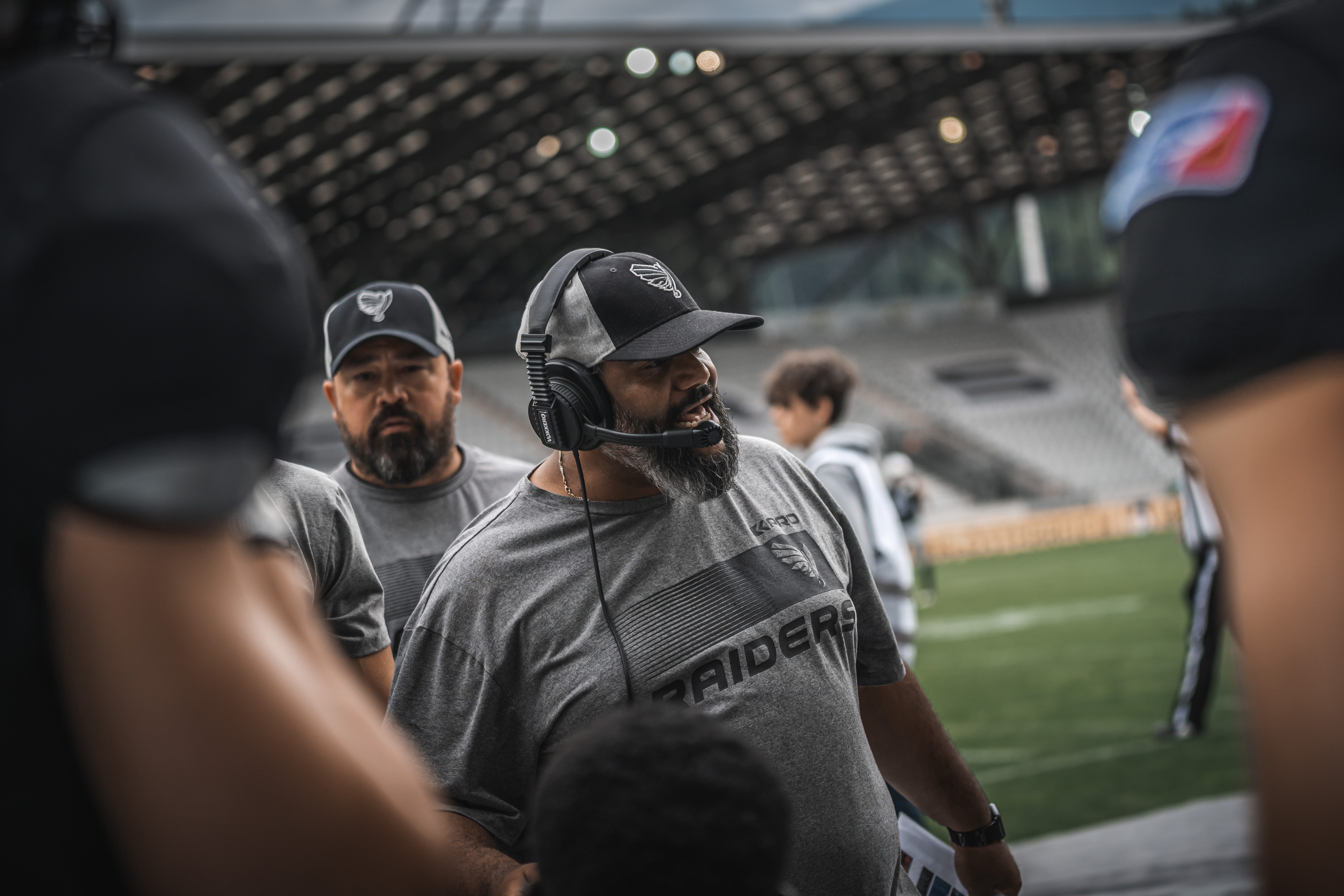 Kevin Herron has his team under control. © Mitteregger

The Raiders have a concept and serve it excellently to collect partial success with it. A dangerous game, as Kevin Herron knew before the game. "After the high against Frankfurt, we have to be careful not to fall into a slump and take Leipzig lightly. In this league, you have to give everything in every game. Now we have to show Raiders football every week." And they played Raiders football.

A duel that wasn't taken lightly

In this league, you can't afford any lapses. Even if the Raiders offense looked strong, it had to withstand the pressure of the Kings. With Zetterberg (5.5) and Tavarres (3.5) two Kings players were in the top 5 of sack leaders, AJ Wentland led the tackle rankings with 62 tackles, William James and Roedion Henrique both had three interceptions before the duel.

Dominant in all phases

What gave hope was the current inconsistency of the Leipzigers that showed again against the Raiders. Currently, the Kings are unpredictable. Not a disadvantage for the Raiders - as it showed. A touchdown by Bonatti started the scoring action by the Raiders, Shelton added points with a quarterback sneak. And Shelton kept on scoring. Another throw to Schneider increased the lead, Bonatti ruined the last hopes of Leipzig Kings with a rush touchdown from one yard out. All in the first quarter.
‍

Haslwanter rushed for the final touchdown for the Raiders just before the halftime. Barlow, who already had not started every snap in the Surge game, was superseded by backup Ferras El-Hendi who otherwise could not counter the dominant performance despite a touchdown pass to Seantavius Jones.

It looks like the Raiders are far from finished and, right now, look like a real playoff-team.

Re-watch the game live on our gamepass!