The former Division I player Tony Anderson wants to compete in the European League of Football! 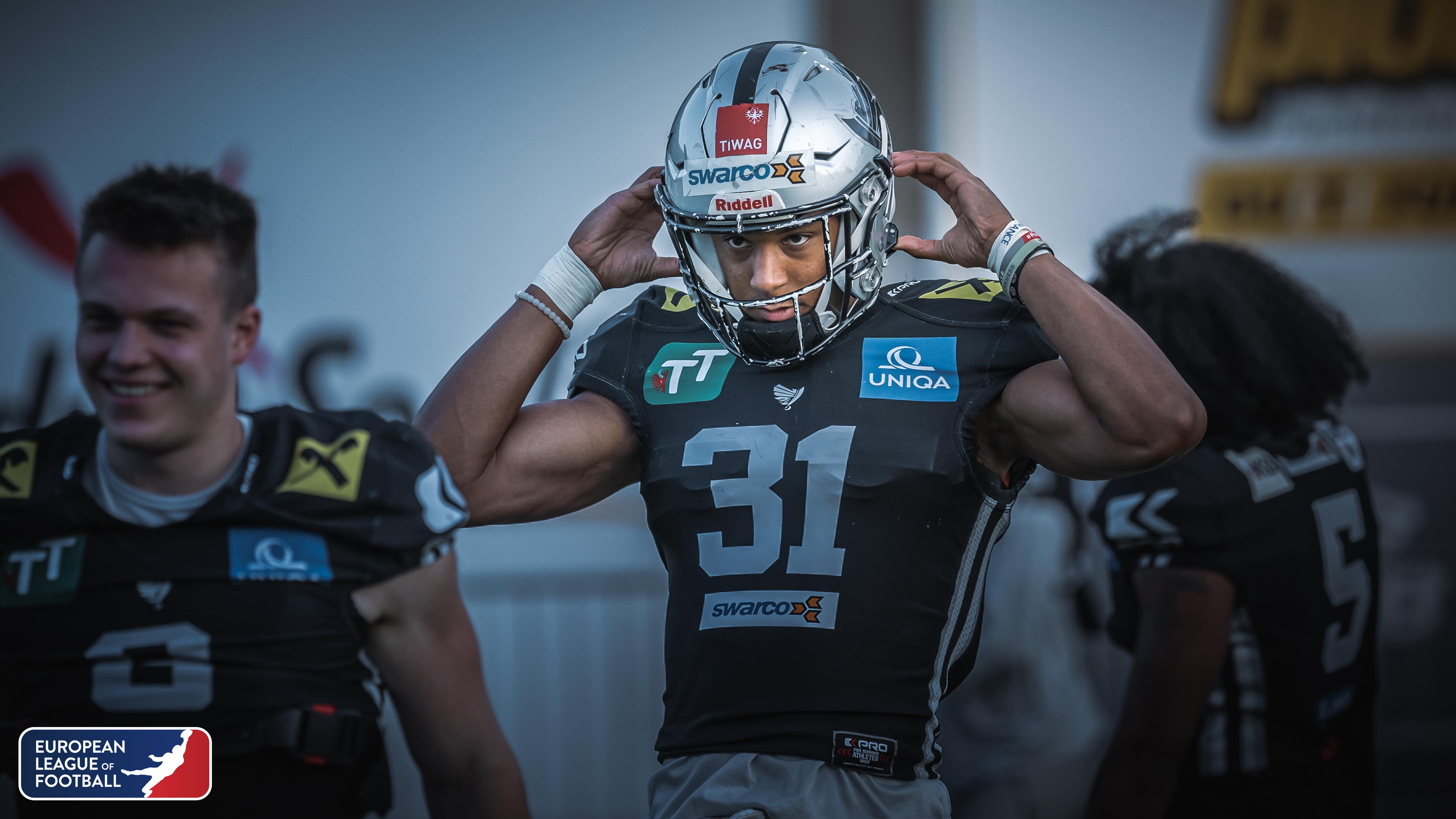 Every franchise in the European League of Football has special players on their team. Amongst others, the Raiders Tirol have French defensive back Tony Anderson.

The 28-year-old safety is excited to have signed with the Raiders. “I signed with the Raiders in the European League of Football because I believe that the Raiders’ organization is the best in Europe,” Anderson explained. “I wanted to play for a competitive team with a strong culture and history. I also wanted to be reunited with my friend [quarterback] Sean Shelton and play with, in my opinion, the best quarterback in Europe.”

Because of his combination of talent and size, the 193cm tall and 98kg heavy defensive back already spent time with the Los Angeles Rams and the Indianapolis Colts.

“My time with the Colts and the Rams was the best football experience I’ve ever had,” Anderson pointed out. “It was a dream come true, everything I wanted and more. I learned a ton throughout the process. It was challenging, the exact type of challenge I was looking for. I’m forever grateful for this experience.”

Anderson: “I am looking forward to compete […]”

Now, Anderson found a new challenge by signing with the Raiders to play on the highest level of American football in Europe. “I can’t wait for the start of the season, and I am looking forward to compete in the European League of Football with the Raiders.”

However, the French safety has the goal of getting another shot in the NFL. “My ultimate goal is to get back to the NFL and have a successful career in the league,” Anderson explained.

Only time will tell if Anderson will be back in the NFL someday. But when asked if he wants to use the European League of Football as a platform to get another shot at the highest level of Football, Anderson’s answer was clear and simple. “It is definitely one of my objectives”.