Week 6 of the European League of Football features some high-level matchups in which we might see history being made! 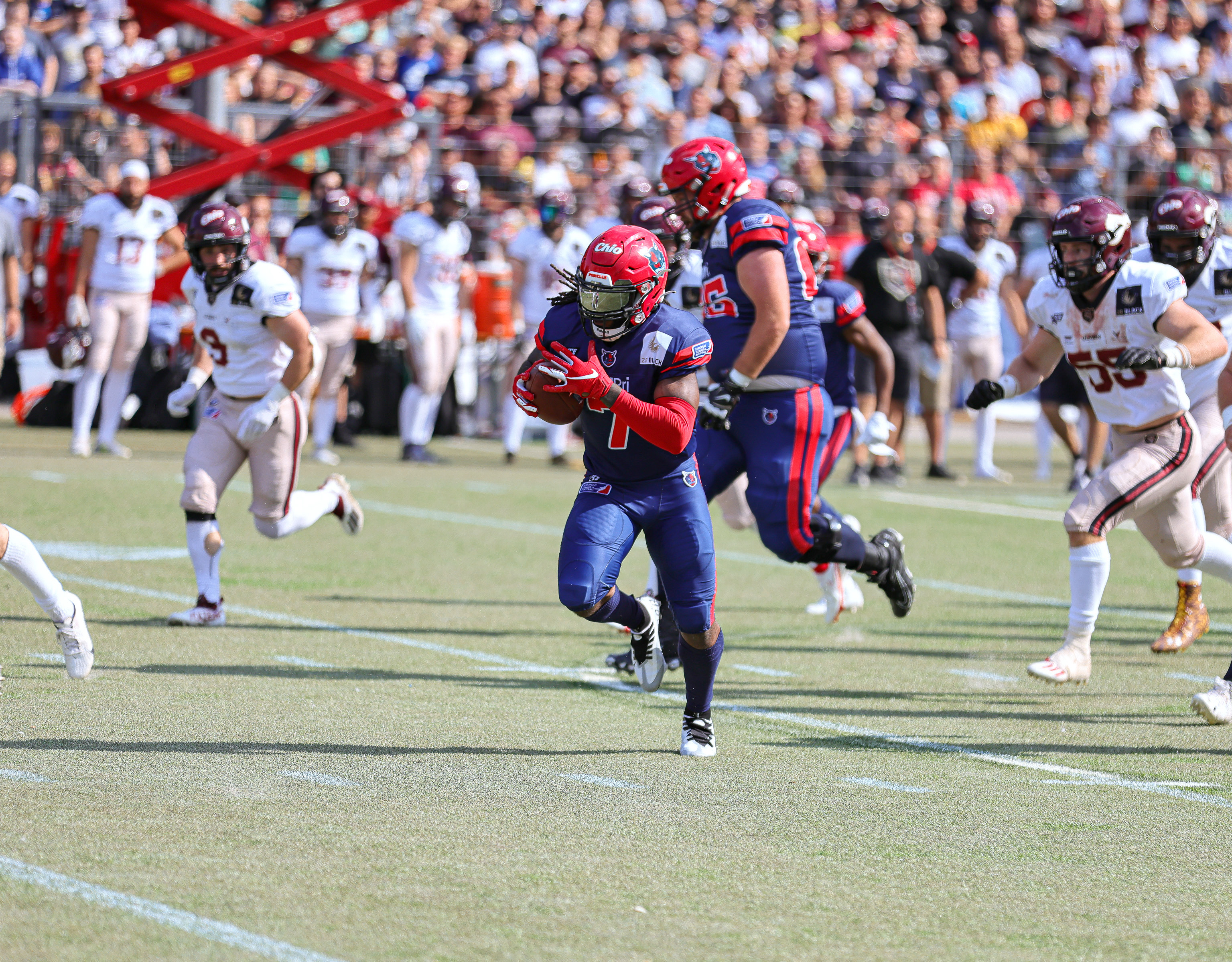 This week the league’s best rusher will meet the arguably best middle linebacker in the European League of Football in Istanbul. With 754 yards and nine touchdowns, Glen Toonga will look to set the record for the most consecutive games with 100+ rushing yards, currently held by last years’ MVP Madre London. Zachary Blair on the other hand will more than likely add a lot of tackles to his statistics, already coming into the game with the second most in the league.

Over the last weeks, Jordan Bouah has picked up the pace and established himself as the number one wide receiver for the undefeated Vienna Vikings. But his adversary Jordi Brugnani is playing an outstanding season as well. With three picks in only five games the Spaniard already broke his personal best of two interceptions. This is going to be one of the most exiting matchups that will decide the battle of the undefeated today.

Jocques Crawford is playing another great season for the Berlin Thunder. With 473 yards, he has more rushing yards to his name than six whole franchises. To stop Crawford’s run will be a tough task for the Wroclaw Panthers, who struggled against their opponents’ rushing offenses in the last few weeks. The man best suited to stop Crawford is Lars Steffen. The hard-hitting safety is the Panthers’ leading tackler with 44. If he can make life difficult for Crawford, the Panthers might end the Thunder’s win streak on Sunday.

Although losing to the Raiders last week, Reece Horn showed what he is capable of. Already having a great connection with his quarterback, the former NFL wide receiver will cause some serious problems for opposing secondaries. Tasked with stopping the standout pass catcher will be Malcolm Washington. The former Division I cornerback must keep Horn covered, if the Surge want to finally pick up their first win of the season.

Two of the most electrifying wide receivers in all of Europe will go head-to-head this Sunday. Both having over 500 receiving yards and at least six touchdowns this season already, making them their teams #1 wide receivers, raise ambitions for some highlight plays. Quinten Pounds only needs two more receiving touchdowns to tie the record of Timothy Knüttel, against whom he will matchup on Sunday as well. Tune in and you might witness European League of Football history!

After starting 0-2 Sean Shelton led his Raiders to three straight victories over the last weeks. But on Sunday he has to be extra careful with his passes, because he is matching up against what might be the league’s best defensive back duo. William James and Roedion Henrique both have threeinterceptions to their names. And it is not even mid-season! Playing against those turnover machines, Shelton should think twice about throwing a late pass over the middle or a risky one deep.