Local wide receiver standout Florian Bierbaumer signs with the Vienna Vikings. Could he be the next player to join the NFL IPP-program? 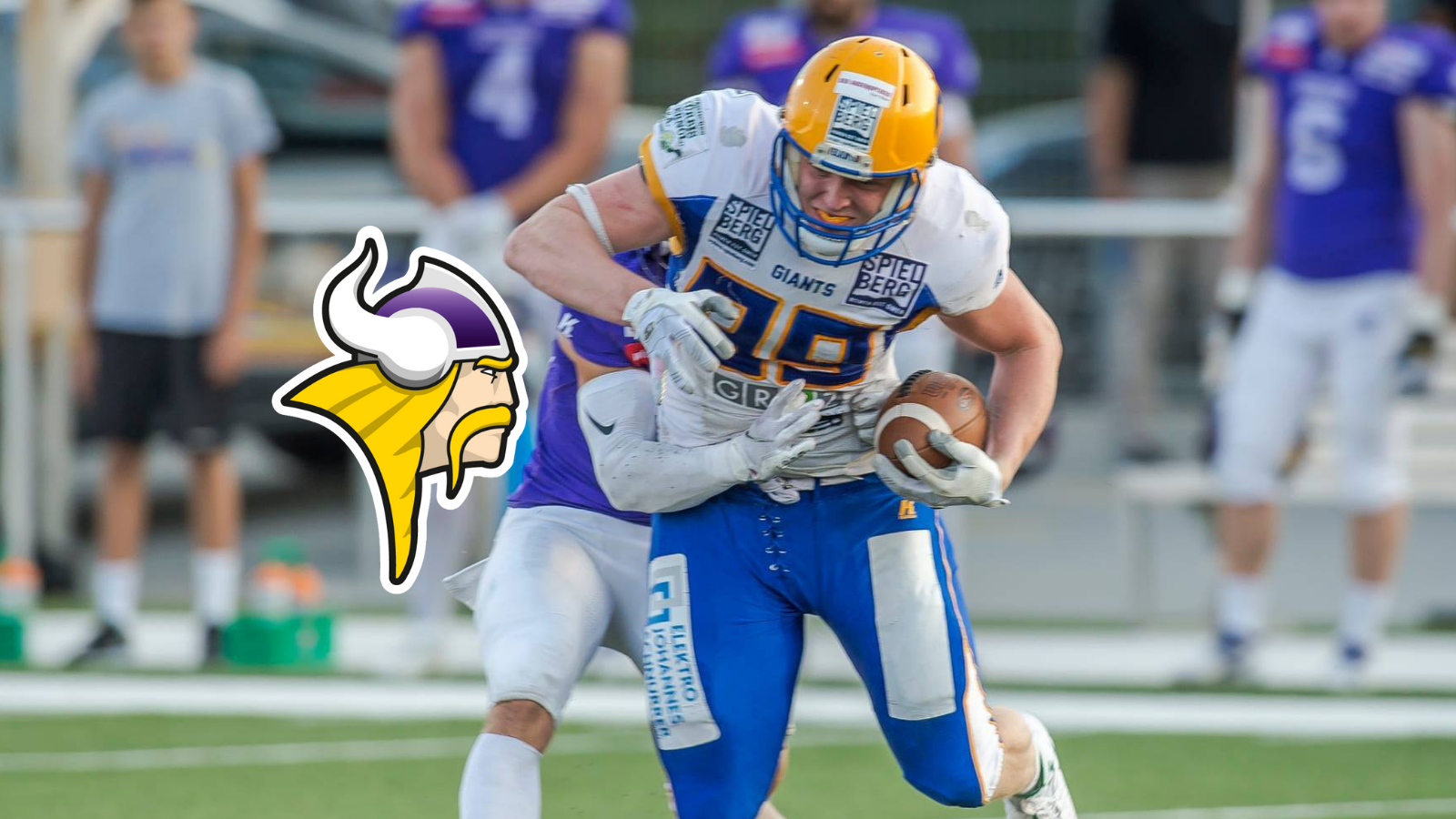 Best Austrian receivers playing in the European League of Football

The 1,98 meter tall and 116 kilogram wide receiver joins the Vienna Vikings European League of Football roster, joining from the Graz Giants out of the Austrian first division. He played 9 games, had 37 catches for 740 yards and 6 touchdowns, ranking second in the league only behind Phillipp Haun, who recently joined the Raiders Tirol.

For Bierbaumer, the European League of Football is the next big step. "To become better as a player and a person! The competition in Vienna and the ELF is incomparable and I want to learn as much as possible! Also, the Vikings organization has been known for their talent and professionalism and their professionalism and I am glad to be a part of it now! The league is not only an incredible opportunity for players, but also very exciting for fans! I am definitely honored to be a player in the European League of Football," said Bierbaumer, adding about his goals: "I think the expectation of the team is of course to win the title in our own country! Personally, my development is also very important and that I get the most out of the time in the European League of Football and with the Vikings!"

After Marcel Dabo and Adedayo Odeleye, Bierbaumer could be the next prospect to make a leap into the NFL, following the footsteps of former national team colleague and Vienna Vikings player Bernhard Seikovits who now plays for the Arizona Cardinals.

"Florian Bierbaumer is a defensive coordinator’s nightmare. Not only that he has incredible size and body control, but his hands are huge. With Florian we add a national team level player who has a 6‘6 NFL type of body and aversatile skill set. Our opponents’ defenses will have problems on how to defend this guy. He’s going to make people better around him and I am happy that we have another former Graz Giant representing the Vienna franchise in the European League of Football. I can’t wait for Florian to showcase his abilities on this big European stage, and I wouldn’t be surprised if scouts or experts start to consider him as a future IPPP prospect," is head coach Chris Calaycay optimistic about his newest addition. The head coach that had the nightmare to coach against him last year.